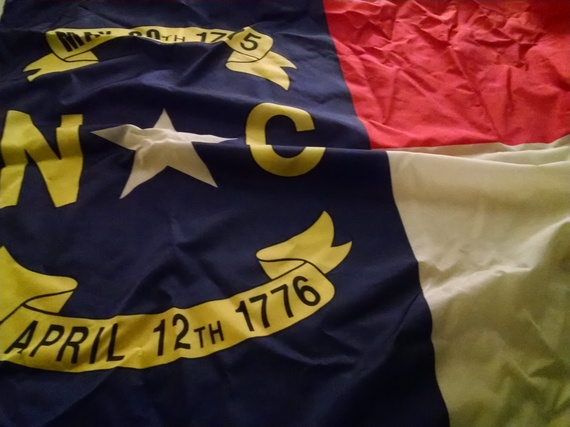 After Gov. McCrory hastily signed it, North Carolina's House Bill 2 has received considerable news coverage because of the message it sends to the LGBT community and to those who care about them. Surprisingly, however, there seems to be much less talk about the way the legislation targets the rest of the state as well. Let me just tick off some of this other damage:

First, this bill eliminates state employment discrimination protection for pretty much everyone. Sure, House Bill 2 pays lip service to a number of groups: "It is the public policy of this State to protect and safeguard the right and opportunity of all persons to seek, obtain and hold employment without discrimination or abridgement on account of race, religion, color, national origin, age, biological sex or handicap by employers which regularly employ 15 or more employees." (Ironically, "biological sex" here doesn't simply mean actual gender. Instead, it means the gender as assigned on a birth certificate. Should we worry about those who can't find their birth certificates, who discover typos on them, or who never had one in the first place? Do we all need to carry birth certificates when we potty now?) Though House Bill 2 pays lip service to all these groups, it also TAKES AWAY any right of individuals to enforce the statute. Its language is as plain as plain gets: "This Article does not create, and shall not be construed to create or support, a statutory or common law private right of action, and no person may bring any civil action based upon the public policy expressed herein." In other words, individuals in none of these groups can bring a state cause of action based on such discrimination. Thus, if an employer discriminates against me because I'm a Christian, this on its face would deny me my day in state court. Pardon my blunt language but this is just awful.

Second, were all this not bad enough, the bill ties the hands of any local communities that might want to raise the minimum wage or otherwise address worker well being including that of even child laborers. Here again House Bill 2 couldn't be clearer: "The provisions of this Article supersede and preempt any ordinance, regulation, resolution, or policy adopted or imposed by a unit of local government or other political subdivision of the State that regulates or imposes any requirement upon an employer pertaining to compensation of employees, such as the wage levels of employees, hours of labor, payment of earned wages, benefits, leave, or well-being of minors in the workforce." What in the world does this have to do with predatory straight men in women's restrooms?

Third, House Bill 2 ironically targets yet another group: heterosexual males. As best I can determine, McCrory claims this bill protects females from heterosexual males putting on dresses and looking at females in restrooms. Surely McCrory would not waste public time and money unless he thought there was a clear and present danger of this happening. In other words, the number of such perverted heterosexual males must be so high as to create an immediate danger of this happening. Yet, where's his evidence of that? Unless he can produce it, he gratuitously insults almost half the population presumably including himself. (Of course, he also has some basic logic problems here. A bill protecting transgender people on its face does not protect non-transgender straight males putting on dresses to look at women in restrooms.)

Fourth, House Bill 2 doesn't even pay lip service to our veterans. Here's the language again: "It is the public policy of this State to protect and safeguard the right and opportunity of all persons to seek, obtain and hold employment without discrimination or abridgement on account of race, religion, color, national origin, age, biological sex or handicap by employers which regularly employ 15 or more employees." Where is the mention of veterans? Are they not worthy of employment protection as a matter of State public policy?

I could go on listing concerns, but I'll stop here. Instead, I'd like to end by speaking as a native North Carolinian to those outside our state whom McCrory has shocked and angered. McCrory does not speak for me or mine. He is part of a group that has temporarily taken control of our state government. This will not last. I have no doubt there will be many days of reckoning in the appropriate legal forums in the days to come. In the meantime, if you want to move here to live or do business, please come. If you want to visit, please come. We are a wonderful state full of wonderful people (presumably the reason why the McCrory family moved here from Ohio in the first place) and will in the end be an even better and more powerful state for having conquered and survived the trauma that McCory has caused us. Maybe even McCrory, too, will eventually see the error of his ways and become better as well. We can always hope.

The entire text of House Bill 2 can be found here.