McDonald's is extending its "Create Your Taste" customization option to chicken as well as beef as it extends testing to 30 stores in five states.

Inclusion of chicken, confirmed by the company, makes sense given that beef prices are expected to continue to rise in 2015. This is not the only change as it green-lights expansion of the test: McDonald's has jettisoned the "Build Your Burger" name initially used in favor of the "Create Your Taste" name it is using for a similar test in Australia. As reported here in October, the Australia test uses large freestanding kiosks where toppings are chosen while the U.S. test uses iPads. But using the same name could make it easier to share software or other technology between the two tests. McDonald's Australia expects to have Create Your Taste available in all 900+ stores there within a year. 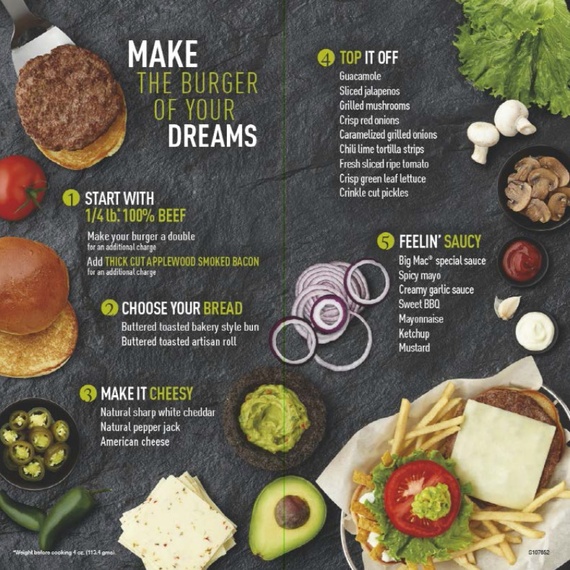 McDonald's says the U.S. test, now in an handful of California stores, will be taken to stores in Georgia, Illinois, Missouri, Pennsylvania and Wisconsin. USA Today reports that the chain intends to have Create Your Taste in 2,000 locations next year.

Burger customization isn't something new, obviously. Fast-casuals such as Smashburger or The Counter make it part of their models. But it is difficult for quick-service operations to accommodate extensive customization. Allowing customers to scan 20 different toppings while they decide what to choose would quickly logjam the order counters. Create Your Taste lets them ponder options on the iPad rather than in line. The option also provides a bit of free menu R&D, giving McDonald's valuable information on what customers want. 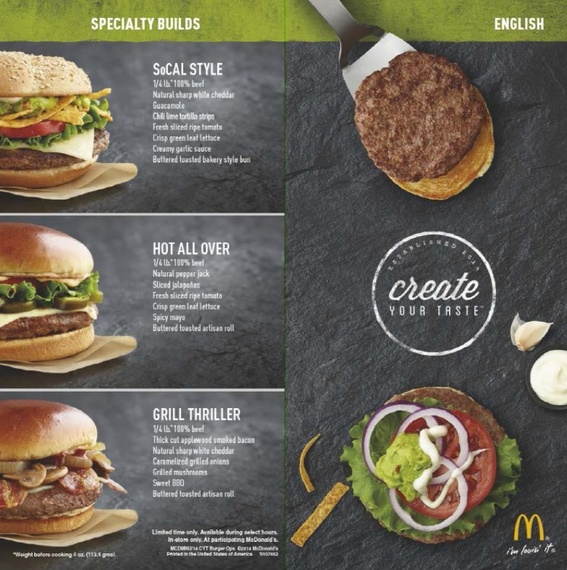 Create Your Taste burgers require more time to prepare. As a result, they are served fast-casual-style to customers at their table. Burgers are presented open-faced in metal baskets.

The customized burgers are also more expensive: $5.49 al la carte in the San Diego test. With a drink and fries, the bill tops $8. That's still less than a meal at Chipotle or many other concepts that Millennials supposedly are choosing instead of McDonald's. And well-heeled Millennials, not burger-loving teens (who often don't have $8 or even $5.49), certainly are Create Your Taste's target market.

If you're not sure what to choose, the test offers three Quarter Pounders with these ingredients that are not on the chain's national menu. These include a "SoCal Style" with white Cheddar, guacamole, tortilla strips and garlic sauce; "Hot All Over" with pepper-Jack, jalapenos and spicy mayo; and the "Grill Thriller" with bacon, white cheddar, caramelized onion, mushrooms and sweet BBQ sauce.

The buzz about the expanded Create Your Own test diverts some attention to McDonald's dismal performance report for November. Globally, same-store sales dipped 2.2 but U.S. comp sales fell 4.6%, its worst monthly performance in more than a decade. To right itself, the company says it is "diligently working to enhance its marketing, simplify the menu, and implement a more locally-driven organizational structure to increase relevance with consumers."