McDonald's Golden Arches are tarnished these days. Its brand has been damaged by a food safety scandal in China and labor issues in America. Its stock price of late has severely lagged the S & P 500 performance, a result of poor sales growth.

To restore the shine to those arches, it's time for the fast-food behemoth to chart a new course: one that acknowledges the growing consumer demand for good food, grown as close to home as possible, by sustainable, humane, and fair producers.

The seeds of this transformation may have already been planted. McDonald's has been moving steadily towards sustainable sourcing of its ingredients. The company already purchases all of its seafood from green suppliers, and it has set goals to buy all of its coffee, palm oil, and fiber-based packaging from certified sustainable sources as well. They offer veggie burgers and organic milk in some markets, and plan to add more fruit and vegetable options in the U.S. 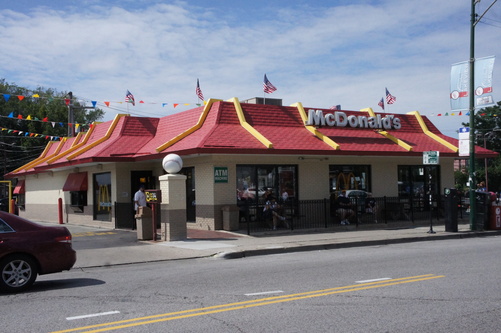 Industry analysts state that McDonald's is making these moves in response to competitive pressure from other restaurant chains that "get it." Chipotle, the fast-growing fast-casual Mexican chain, is now the darling of Wall Street. Chipotle's aggressive marketing focuses on how its "food with integrity" is superior to competitors' ingredients that come from industrial sources.

Panera, too, has been making major moves to clean up its sourcing and build transparency into its offerings. Then there is Chick-fil-A, a rapidly growing fast-food chicken chain whose image is not exactly that of a bastion of liberal thinking. When Chick-fil-A was lauded for its decision to source antibiotic-free chicken, it was another clarion call for McDonald's CEO Don Thompson to move on this issue.

The emphasis on clean sourcing, transparency, and sustainability shown by those chains is not only better for the planet, but it is also better for business. According to Advertising Age, up to 80 million young people in America place a premium on these attributes in their food. "Millennials place a high value on attributes like social responsibility, sustainability, local, organic, grass-fed and hormone-free offerings when it comes to dining out," wrote Advertising Age. 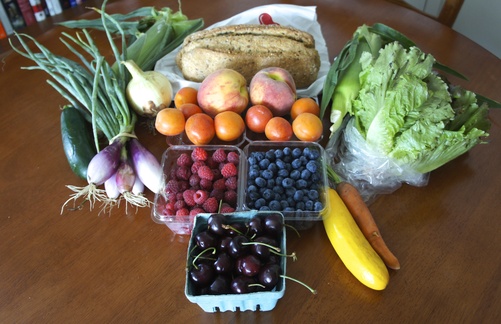 Obviously, as a business built on hamburgers, McDonald's could make its biggest impact by shifting dramatically toward sustainably produced beef. The company is taking a step in that direction, announcing it will buy some of its beef from sustainable sources by 2016.

To make this happen, McDonald's has paired up with Walmart and other industry and non-governmental organization (NGO) partners to create the Global Roundtable on Sustainable Beef (GRSB), whose goal is to develop a beef value chain that is environmentally sound, socially responsible, and economically viable.

While this is a laudatory goal, McD's needs to ensure that its actions in this area truly reflects best practices in sustainability and not just greenwashing. The moves so far may need some work: A coalition of NGOs, including Natural Resources Defense Council, Rainforest Alliance, Friends of the Earth, and Food Alliance submitted comments on proposed GRSB standards, stating that they fall "short of serving as a credible framework for recognizing sources of verified sustainable beef."

The use of antibiotics in animal feed is clearly an area in which McDonald's can make a tangible impact on sustainability. According to Consumers Union, "Approximately 80 percent of the antibiotics sold in the United States are used in meat and poultry production. The vast majority is used on healthy animals to promote growth, or prevent disease in crowded or unsanitary conditions."

This indiscriminate use of antibiotics has critical human health consequences, as it is reducing the effectiveness of these miracle drugs. The New York Times reported in 2013 that "two million Americans fall ill from antibiotic-resistant bacteria every year and 23,000 died from those infections." Many leading medical authorities including the World Health Organization, American Medical Association, and the Center for Disease Control are calling for a ban or severe restrictions in the use of antibiotics in animal production.

If the 800-pound gorilla of fast food were to direct its suppliers to phase out the use of antibiotics over the next five years in all areas of its protein sourcing -- beef, chicken, pork, dairy, and eggs -- it would have a seismic effect on food production in America.

A good analogy for this is McDonald's own response to complaints about gestation crates. Just a few years ago, these inhumane confinement systems for hogs were ubiquitous in large-scale pork production. But pressure from animal welfare groups persuaded many big buyers, including McDonald's, to stop purchasing pork from producers who used crates. As a result, this cruel practice is quickly heading towards extinction. McDonald's also was a pioneer in working with activist Temple Grandin to implement humane animal welfare practices, and now much of the food industry is following suit.

By purchasing all of its seafood from certified sustainable sources, McDonald's has set the stage to develop solid systems of transparency for all of its green sourcing. In this realm, its strategists should take a hard look at the systems developed by Whole Foods Market to quantify sustainability in many categories. Whole Foods has become the market leader in natural and organic supermarkets, much because of its role encouraging and developing markets for food that is certified for key sustainability attributes.

If McDonald's were to adopt similar systems across the board, it truly will be a historic and revolutionary move -- one that will burnish its reputation as a good corporate citizen and provide a huge boost to efforts to ensure that everyone has access to affordable, healthy food produced in a way that's good for the planet.

On the other hand, resisting change or simply failing to act would be a high-risk strategy for McDonald's in a fast-paced marketplace that includes many buyers who demand good food. Watchdogs will dismiss the smaller steps they take as a fig leaf. Their market value on Wall Street will continue to erode. Young consumers will shun them in greater numbers.

It will be so much better for the nation, for our food system -- and for McDonald's itself -- if this iconic American institution chooses the better path.

A version of this post originally appeared in the Chicago Tribune.

Jim Slama is the president of FamilyFarmed.org and founder of the Good Food Festival and Conference. You can follow him on twitter @FamilyFarmed and read his work at GoodFoodon EveryTable.org.