Twitter user wakko824 spotted an ad for the offering and posted it online:

@foodbeast have you seen this?! McDonalds Mighty wings with the McGriddle bread pic.twitter.com/mtSwD9ckPZ

The fried chicken looks suspiciously like McDonald's new Mighty Wings. And the "waffles" appear to be the chain's classic McGriddle pancakes, which like the waffles in the image, are embossed with a giant "M."

According to a McDonald's representative, chicken and waffles won't be hitting stores nationally anytime soon. "[T]his was simply one franchisee who experimented with a limited time offering of his version of chicken and waffles," he told The Huffington Post.

Too bad, we would have totally ordered this! 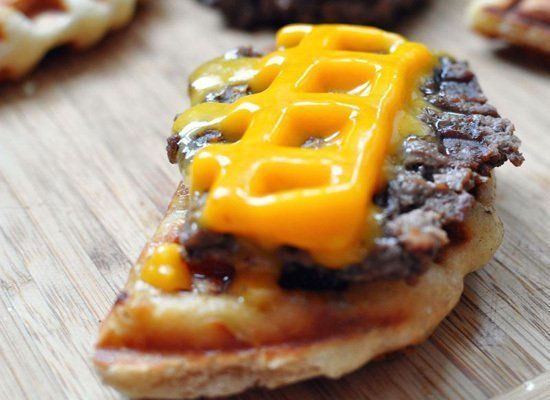