If you're like many Americans, the thought of the McDonald's Happy Meal evokes, well, happiness. It was a wonderful treat as a kid to go to Mickey D's and get the iconic package that held goodies beyond your wildest imagination. Inside that red box was not only delicious and greasy fried food, but also a toy. What you really wanted wasn't a burger, but that "101 Dalmatians" figurine (to complete your collection) or those Beanie Babies (even if they were miniature versions).

And that little figurine made all the difference. The McDonald's staple seems to be one of the best ways to hook kids on fast food at a seriously young age: Forty percent of children ages 2 to 11 ask their parents to take them to McDonald's at least once a week, and 15 percent of preschoolers ask to go every single day. How has McDonald's managed to win over Americans kids so thoroughly? Here are 11 facts about the Happy Meal that could help explain.

1. McDonald's starts aggressive marketing to children at a very young age to develop trust and reliance.

In his book "Fast Food Nation: The Dark Side of the All-American Meal," Eric Schlosser explains the mentality behind fast food establishments' aggressive marketing towards children. According to Schlosser, they try to immediately seek dependance from kids at an extremely young age. Schlosser references another book written by James U. McNeal, called "Kids As Customers," in which McNeal explains that fast food companies want children to see them as a "mom or dad, grandma or grandpa." If companies find a way to foster this relationship with a child at a young age, it is more likely that the child will establish belief and trust in the company.

McDonald's understands this, which is why, at one time on their website, the company asked kids to send Ronald McDonald an email telling him their favorite menu item, favorite book and favorite sports team and even asked them for their names. The site told kids that Ronald McDonald was "the ultimate authority in everything." A McDonald's representative told the Huffington Post that it believes Ronald McDonald "helps deliver messages to families on many important subjects such as safety, literacy, and the importance of physical activity and making balanced food choices."

2. McDonald's is the largest distributor of toys in the world.

The chain understands that kids love toys, and includes one in 20 percent of all sales. Each year, McDonald's distributes 1.5 billion toys worldwide. That's more than Hasbro and Mattel.

3. Because of the toys, McDonald's is most American kids' favorite restaurant.

In Technomic's 2009 Kids And Moms Consumer Trend report, children "overwhelmingly chose McDonald's as their favorite fast-food restaurant." In total, 37 percent of kids said it was their first choice. Other surveys hint that McDonald's toy-toting Happy Meal is the reason for this trend. Eighty-seven percent of six and seven-year-olds and 80 percent of eight and nine-year-olds said they "enjoyed getting a toy with their kids' meals."

4. Happy Meals are so enticing that adults sometimes buy them for themselves.

In 1997, McDonald's introduced the "Teenie Beanie Baby" toy in Happy Meals. During that time, McDonald's sold about 100 million Happy Meals in one week. In that week, four Teenie Beanie Baby Happy Meals, which are marketed toward children between the ages of three and nine, were sold for every American child in that age group. Even more interesting, many adult Beanie Baby collectors reported buying the meals and keeping the dolls while (maybe) throwing the food away.

5. McDonald's partners up with almost every entertainment company in a child's life. 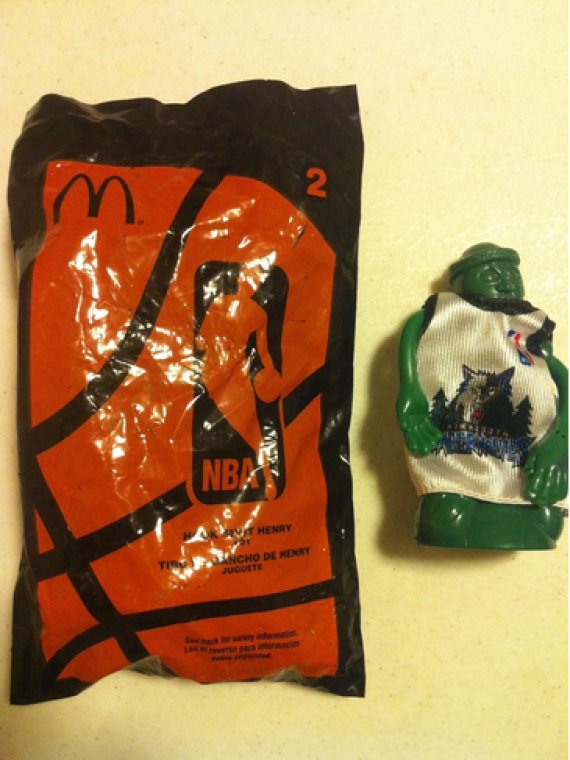 Here are just some of the companies and brands McDonald's has partnered with for its Happy Meals (some might surprise you): the NBA, the Olympics, Nickelodeon, Barbie, Teletubbies, Transformers, Hello Kitty, Lego and, of course, Disney.

6. But after ten years of working with them, Disney decided partnering with McDonald's was a pretty bad idea.

As of 2006, Happy Meals no longer feature children's favorite Disney characters. In explaining its change of heart, Disney said that it was a company "that prides itself on being family friendly" and wanted to "distance itself from fast food," especially given the food's links to childhood obesity.

7. San Francisco banned Happy Meals... but McDonald's found a way around that.

In December 2011, in an effort to stop incessant junk food marketing to children, San Francisco made the bold move to ban the sale of Happy Meals. People could still purchase a "Happy Meal," but in order for the meal to include a toy, it had to comply with the city's nutritional standards. The standards required that such Happy Meals contain "less than 640 milligrams of sodium" and "less than 600 calories" and include "0.5 cups or more of fruits and 0.75 cups or more of vegetables." At the time, Happy Meals did not meet those requirements.

However, McDonald's must have had some pretty savvy lawyers, because they figured out a way to allow parents to purchase Happy Meals -- toy included. San Francisco's ban could not prohibit the chain from selling toys, so if your child wanted a toy, you could just pay an extra 10 cents for it. And McDonald's required the purchase of a Happy Meal in order to buy a toy.

8. The "healthier" Happy Meals at McDonald's are still pretty bad for kids.

The company has always struggled to find a balance between offering tasty fast food that appeals to kids and healthier options that will satisfy health-conscious parents. And it looks like their "healthy changes" still just aren't good enough when you look at their nutritional values. In 2011, McDonald's added apples to every package while removing the caramel sauce and reduced the french fry offering from 2.4 oz. to 1.1 oz. A McDonald's representative told the Huffington Post that the automatic inclusion of apple slices, smaller fries and the option of choosing fat-free milk makes the "most popular Happy Meals have an average of 20 percent fewer calories than [the] most popular meals previously."

However, the meals still round out to about 600 calories, which experts say is way too much for small children. Also, public health experts say that while they are satisfied with McDonald's adding apples to every meal, they are concerned that the company is "health washing" kids by "rebranding" the Happy Meal foods as "healthy" when, in reality, they are just "less unhealthy."

9. The Happy Meals in other countries don't seem that much healthier. 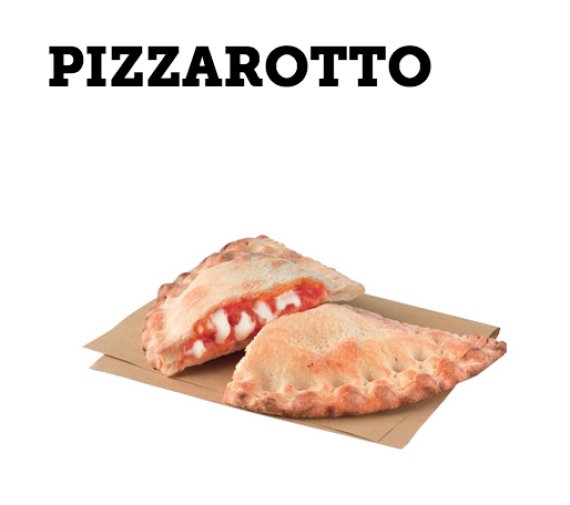 The McDonald's restaurants in America aren't the only ones pushing fattening junk food on young children. Happy Meals in other countries are also relatively unhealthy. For example, in Italy, a child can get a "Pizzarotto," which is a mini-calzone stuffed with tomato sauce and mozzarella cheese. In Thailand, kids have the option of munching on a pork burger, a meat with a higher calorie count and higher fat content than beef.

In their latest effort to stay on American kids' radars, for two weeks in November 2013, McDonald's swapped the toys in their Happy Meals for books. The company also announced they were planning to distribute a digital book every month on their website, HappyMeal.com. The digital book elicited the most criticism from those who felt the company needed to curtail its marketing efforts toward children since, according to Sriram Madhusoodanan, a national organizer with Corporate Accountability International, "kids tend to interact much longer with a brand in cyberspace than they might do otherwise."

It seems that while the Happy Meal changes in portion size and side options have resulted in fewer calories and an inherently "healthier" meal, they have also led to a decline in sales. In 2011, an NPD Group report stated that Happy Meal sales (along with other child meal sales) were down six percent, from 1.3 billion to 1.2 billion orders. While health and dietary concerns could account for a portion of this decline, the report doesn't state that overall visits by children to fast food restaurants have declined at all. This means that parents could be realizing that it's cheaper to just order their kids' food off the dollar menu or split a large meal among family members.

In which case, McDonald's wins yet again: Kids may not care about the toys anymore, but they still care about getting their hands on some fast food.

Correction: A previous version of this post incorrectly stated that Disney still sells McDonald's food in its theme parks. It does not.

21 McDonald's Meals You Can't Get In America