That means that every McDonald's location around the world will soon have to stop serving Heinz ketchup with its fries and burgers. The chain issued the following statement on the decision in an email to The Huffington Post:

“We value the relationship we’ve maintained with Heinz for more than 40 years. As a result of recent management changes at Heinz, we have decided to transition our business to other suppliers over time. We have spoken to Heinz and plan to work together to ensure a smooth and orderly transition of the McDonald’s restaurant business, and are confident that there will be no impact to our business, our customers and our great tasting food at McDonald’s.”

Given that many connoisseurs believe Heinz is the best-tasting ketchup in the world, bar none, it seems like a stretch to say that the decision will have no impact. So why did McDonald's make it?

It's worth noting that most McDonald's locations in the U.S. stopped serving Heinz ketchup a long time ago. Only the stores in the areas around Pittsburgh (the home of Heinz) and Minneapolis currently carry Heinz, John Bennett, vice president of food-service ketchup, condiments and sauces for Heinz, told the Wall Street Journal in 2011. However, many McDonald's locations overseas do use Heinz.

The Pittsburgh Post-Gazette noted that the breakup follows the appointment of Bernardo Hees to the job of Heinz CEO. Hees was formerly the CEO at McDonald's chief competitor, Burger King. Heinz was also recently acquired by 3G Capital and Berkshire Hathaway, and New York-based 3G Capital already owns Burger King.

The backstage intrigue that led up to the breakup news remains a mystery. But some analysts started speculating as early as February that 3G might cut off the supply of Heinz ketchup to McDonald's as a way to boost sales at Burger King.

McDonald's representatives refused to say which company supplies ketchup to the majority of McDonald's American restaurants at the moment, or which companies might be tapped to produce its ketchup going forward. And a visit to the McDonald's closest to Huffington Post HQ, on 3rd Avenue in Manhattan's East Village, provided no answers; the ketchup there came in packets marked "McDonald's Fancy Ketchup."

Heinz did not immediately respond to a request for comment. 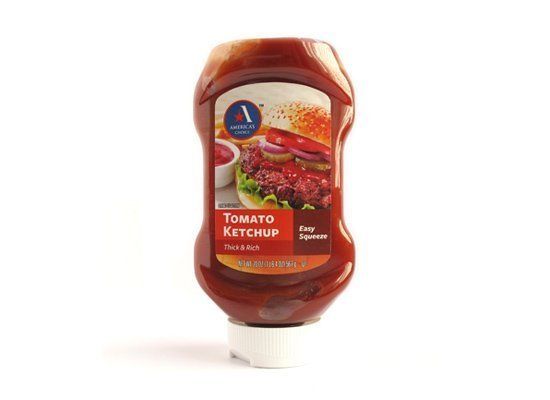 1 / 15
#1: America's Choice Tomato Ketchup
<em><a href="http://apfreshonline.com/pages_aboutUs_OB.asp?section=ac" target="_hplink">Find out where you can buy America's Choice</a></em> <strong>Comments:</strong> "Classic." "Perfect texture." "Is this Heinz?" "Tastes like the ketchup I grew up with." "Tomatoey!" "This is the standard by which all ketchups should be measured."
Joseph Erdos/The Huffington Post