Joan Fino, a 74-year-old woman from Clovis, Calif., is the latest to sue the fast food giant over burns to her groin area that she says were caused by scalding McDonald’s coffee. About 14 months ago, Fino ordered two cups of coffee from a McDonald’s drive-thru. When the cups were handed to Fino, she alleges, one of the lids wasn’t safely secured.

The coffee spilled, causing “severe burning to her genitalia,” said her lawyer, Nicholas “Butch” Wagner, in an interview Friday. And it’s “still burning.”

Wagner claims that McDonald's keeps its coffee at dangerously high temperatures so that it tastes fresh for longer periods of time and less coffee is wasted.

“Despite over 1,000 complaints from customers about being burned by the coffee, McDonald’s still continues to brew the coffee at such an exceptionally high temperature,” Wagner said. “They are saving more in production costs in brewing coffee and serving at such high temperature than it costs them to settle the cases with these people who have been injured.” 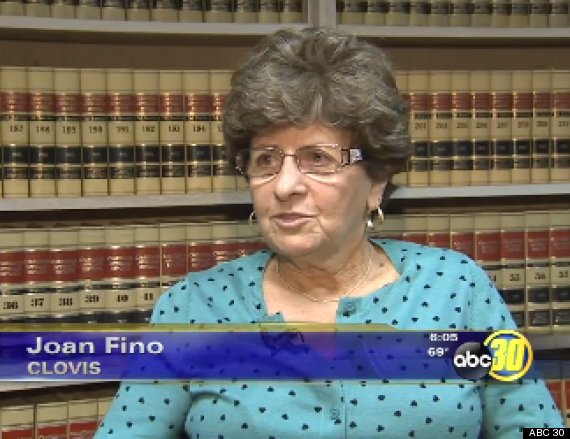 Fino talks to a local ABC station about her case.

Twenty-one years ago, a jury famously ordered McDonald’s to pay $2.9 million (later reduced to $500,000 by a judge) to Stella Liebeck after a cup of McDonald’s coffee spilled on her lap, causing injuries so severe that she had to go to the hospital. As a recent New York Times video and the 2011 documentary “Hot Coffee” note, media coverage of Liebeck’s suit left many Americans thinking it was frivolous.

But the reality is that McDonald’s served coffee at 180 to 190 degrees at the time, tens of degrees higher than what people typically brew at home. Since the Liebeck case, others have taken McDonald’s to court over the coffee temperature. According to the NYT video, the company now tells franchisees to serve coffee 10 degrees cooler than it did at the time Liebeck was burned.

The crux of Fino’s suit, filed in Fresno County Superior Court, is that McDonald's is still knowingly serving coffee at scalding temperatures, Wagner argues. “This happened before and this continues to happen," he said. "Why doesn’t the corporation do something to prevent these injuries?”