Face it, what makes the Big Mac special is the sauce, not the two all-beef patties, lettuce, etc. And as the Big Mac approaches its 50th anniversary next year, McDonald's is treating its Big Mac Sauce as a very valuable commodity in promotions in the UK and in Australia.

In the UK, the chain has introduced the Bacon Clubhouse burger, a menu item that originated in the U.S. in 2014 and that has since traveled the world. What's distinctive about the Bacon Clubhouse is the inclusion of Big Mac Sauce, something McDonald's very rarely allows to be used on anything other than the Big Mac. But McDonald's is learning just how valuable that special sauce really is. 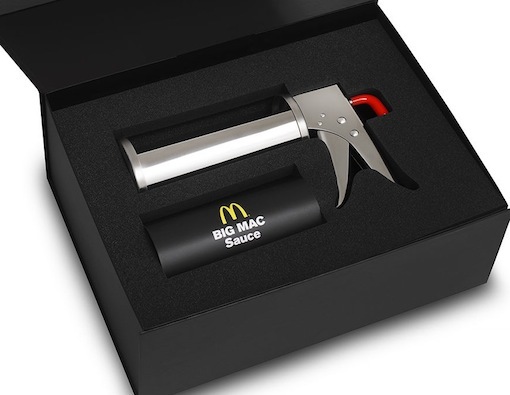 To hype the sandwich's UK arrival McDonald's is conducting an eBay auction for one 740ml bottle of Big Mac Sauce that will be accompanied by a dispenser (above) that looks very much like a caulk gun. According to the eBay site, "This is the only bottle of Big Mac Sauce that's ever been available to the public in the UK and isn't available for sale anywhere else in the country."

Proceeds from the auction will go to Ronald McDonald House Charities, and it appears the charity should prepare for a windfall. Bidding doesn't close until Feb. 10, but as of Friday (2/5) the top bid was £40,700 ($58,909). 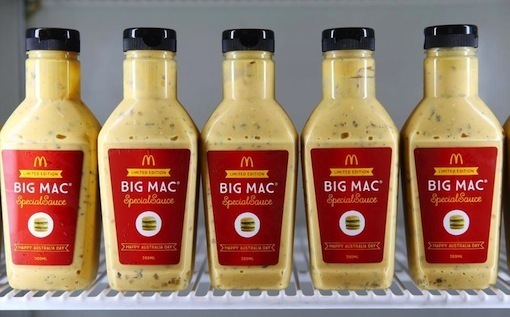 In Australia, Big Mac Sauce fans got away much more cheaply. On Jan. 23, McDonald's made 4,000 16-oz. bottles of the sauce available for just $4.99 at 40 stores across the country. They reportedly sold out in minutes, of course, leaving those who were sauceless unhappy and searching auction sites for bottles that went on offer for $100+. 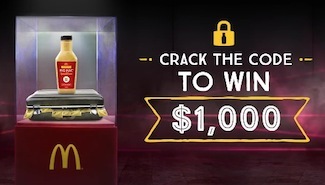 But there's hope. McDonald's has responded with a "Crack the Code" game through social media. Solve the code and you could win a bottle of that coveted Big Mac Sauce plus $1,000 AUS.

The chain also is making mini-tubs of Big Mac Sauce available for Chicken McNuggets dipping for a 50¢ upcharge. I have to think this is something we'll see in the U.S. soon. 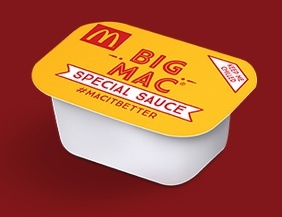 Is demand for Big Mac Sauce really this crazy strong or is McDonald's simply manufacturing demand through scarcity? We know the answer, but it's an interesting way to build buzz about a core menu product that Pittsburgh franchisee Jim Delligatti created in 1967. It went on the national menu the following year.

McDonald's doesn't often mess with the Big Mac, but it has played with it on occasion. Currently, Finland and Czech Republic outlets are promoting a "Grand Big Mac" with heftier beef patties. The Finns also are enjoying the Chicken Big Mac, which the chain has dropped into several markets and really ought to put on the U.S. menu. After all, it has that Big Mac Sauce that we all love so much! 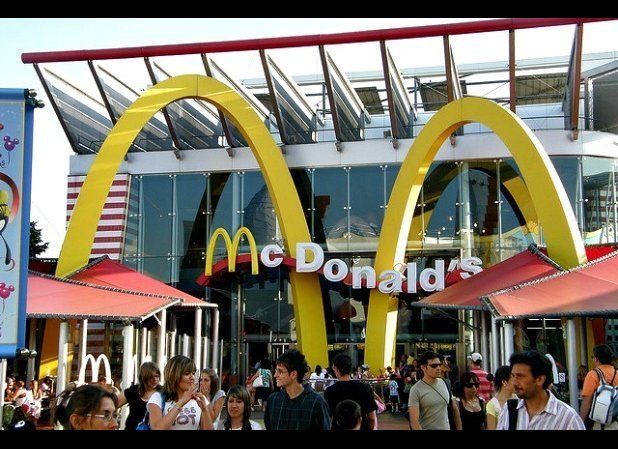