One of McDonald's toughest problems isn't bad food; it's the popular knee-jerk negativity that immediately dismisses its food as bad. It isn't cool to like McDonald's, an affliction from which some media outlets suffer. McDonald's is an easy and frequent target for snarky tweets and the elitist jabs from people who likely have never been there.

So, how does it combat this? McDonald's has tried Q&As to neuter myths about its food, it has invited moms, media and community organizations into its kitchens to see how food is prepared, built websites on its food quality and sourcing and more. And yet negative bias persists. 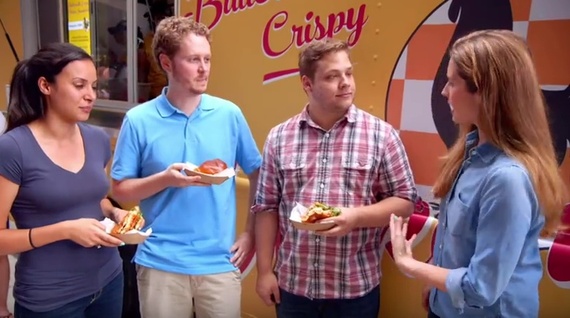 Now, rather than fight that bias, McDonald's is leveraging it in advertising showing consumers' reactions to blind taste tests. The clear message is don't assume; try it. TV spots (above) for its new Buttermilk Crispy Chicken sandwich show a food truck (not identified as McDonald's) handing out samples to strongly positive reactions. Perhaps overly strong in the case of the young man who says, "Probably the best sandwich I've ever had." One woman asks incredulously, "It's McDonald's?" when given a card with the arches logo. "No way!" says another woman, rolling her eyes. 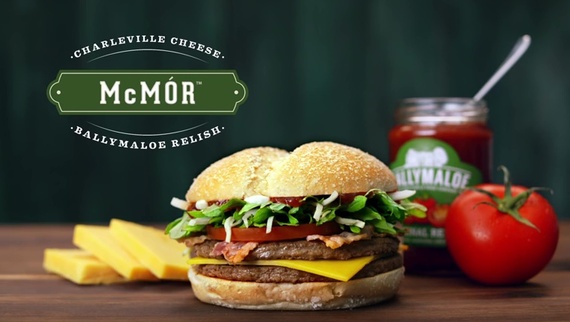 The same strategy is being followed in Ireland, where McDonald's on Sept. 2 launches its upscale McMór double cheeseburger (above). A TV spot shows a group of people (below) assembled to taste a new burger. They're told that the burger is topped with bacon, Ballymaloe Relish and Charleville Cheddar but nothing more. When the truth is revealed, incredulity once again reigns. "It is from McDonald's?" asks one fellow quizzically. "I really enjoyed that," says another young man. 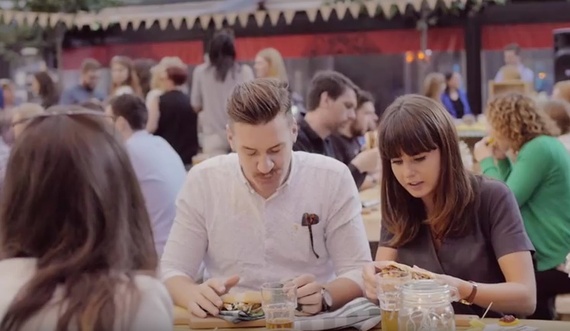 In Canada, McDonald's is proving the worth of its new Grand Angus burger by letting real cowboys at the Calgary Stampede rodeo dig in. Thumbs up. Alka-Seltzer (and agency Wells Rich Greene) summed up the strategy with its famous 1971 slogan, "Try it; you'll like it!" Many doubters will remain unswayed, surely, but McDonald's right now is all about trying everything to reverse its financial and customer traffic declines.