McDonald's is under investigation by the National Labor Relations Board for allegedly firing workers for union activity, in a case that could have much broader implications for the fast-food industry.

According to documents obtained by Bloomberg News through a Freedom of Information Act request, a worker group has alleged that McDonald's fired nine New York-area workers between November 2012 and April 2014 for joining unions and helping organize workers.

Workers were also suspended and had their hours cut for being involved with unions, according to the worker group, known as the Fast Food Workers Committee.

What makes this case significant is that it does not just target franchise owners, but rather the McDonald's corporation as a whole. McDonald's has been accused by labor advocates and franchise owners of shifting blame for such controversies onto its franchisees in the past.

“The franchisee relationship is a smokescreen so corporations don’t have to take responsibility for paying more,” Mary Kay Henry, the head of Service Employees International Union, told Bloomberg Businessweek in a separate article.

Some 90 percent of McDonald's restaurants are independently managed by franchise owners, who hand over a portion of their sales to the McDonald's corporation.

If the NLRB sides with the workers, parent companies like McDonald's may be held more accountable for what goes on in their restaurants. The NLRB will determine whether or not McDonald's qualifies as a "joint employer" with the franchise owners, meaning McDonald's could be responsible for the wage and firing practices of its franchisees.

Worker groups argue that this would be an important step in addressing exploitation, low wages and wage theft, while franchisees argue that it would force the company to hire more compliance staff and ultimately raise prices.

The National Labor Relations Board and Fast Food Workers Committee did not respond to a request for comment by The Huffington Post, and McDonald's spokesperson Terri Hickey said it was too early to discuss the investigation.

"As this is a pending matter, it is both inappropriate and premature for us to comment," Hickey wrote in an email to HuffPost.

The case comes at a time when McDonald's and other fast-food companies are being criticized for their low wages. In May, fast-food workers in dozens of countries protested for higher wages and better working conditions. Hundreds of protesters also descended on McDonald's headquarters in Oak Brook, Illinois, that same month: 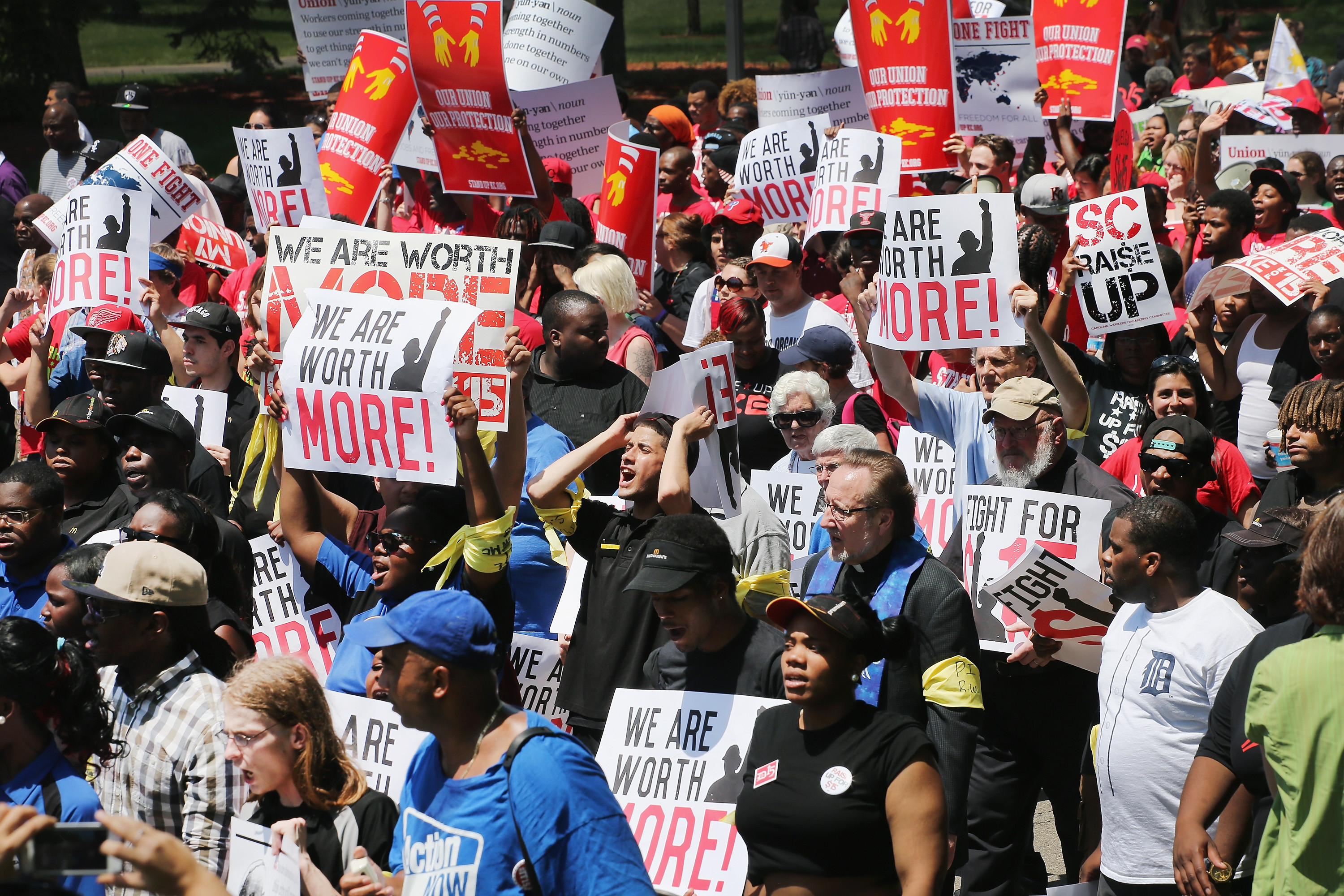 Police guarded the entrance of McDonald's corporate campus as about 2000 fast food workers and activists demonstrating for higher wages march toward the facility on May 21, 2014 in Oak Brook, Illinois. (Photo by Scott Olson/Getty Images)