McDonald's announced Monday that it raked in $1.5 billion in profits in the third quarter, up 5 percent from last year.

The number is strikingly close to the $1.2 billion taxpayers are shelling out each year to help pay public assistance to the McDonald's workforce, according to a report released last week by the National Employment Law Project.

The echoing numbers are simply a coincidence, but underscore the immense profits that the chain continues to pull in while its workers simply struggle to afford food, medical help and housing. The public assistance McDonald's workers receive comes via food stamps, welfare, Medicaid and other federal programs, according to the NELP report.

In a statement to The Huffington Post, McDonald's emphasized that workers get training and the opportunity for career advancement. The company also said that its franchisees pay competitive wages that are based on "local wage laws."

With wages that low, front-line fast food workers are more than twice as likely as the typical worker to participate in a government assistance program, according to the NELP report: 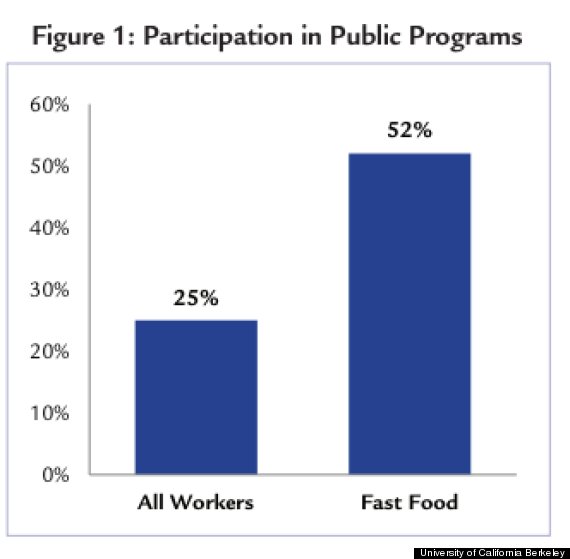 The National Restaurant Association, an industry trade group, last week labeled the NELP report, and the data on which it was based, “misleading," since they "fail to recognize that the majority of lower-wage employees works part-time to supplement a family income."

There's ample evidence that an increasing number of workers primarily rely on fast-food wages. Roughly one-quarter of fast-food workers are raising a child, and approximately 70 percent are adults between the ages of 20 and 64, according to the left-leaning Center for Economic and Policy Research.

Defenders of the fast food industry point out that many chains heavily rely on franchisees working on small margins to turn a profit, which makes any potential wage increase difficult.

But altogether, the fast food industry is annually costing American taxpayers nearly $7 billion, while taking in hundreds of billions year after year: 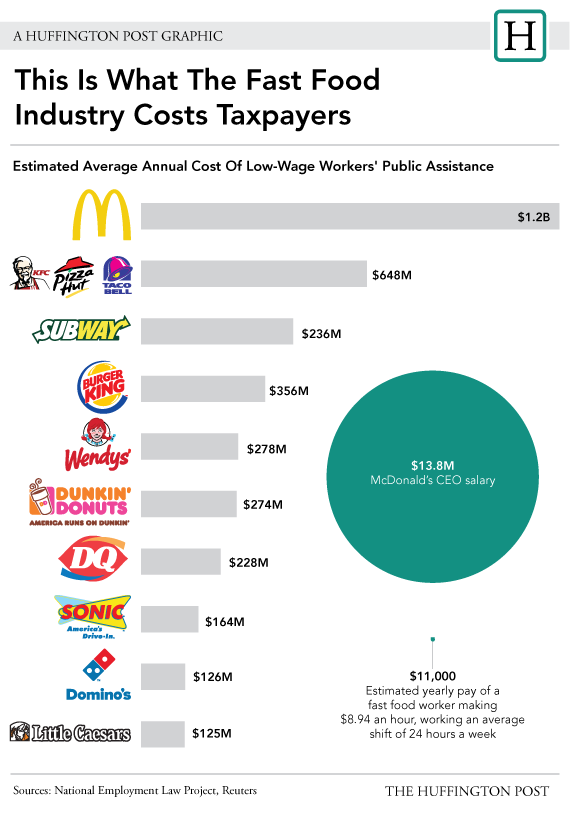 McDonald's attributed its growing profit to a U.S. Monopoly promotion and recent successes in the U.K. and Russia, according to the AP.