All-day breakfast, launched July 2 in the Illawarra region south of Sydney and since spread to the Gold Coast region on the east coast, is more limited than the U.S. trial. Just six items from the regular breakfast menu -- Bacon & Egg McMuffin, Sausage & Egg McMuffin, Sausage McMuffin, Hash Brown, Hotcakes and English Muffin (with honey, Vegemite or strawberry jam) -- are being offered 24 hours a day. The U.S. test, which launched in April, includes nine breakfast items. 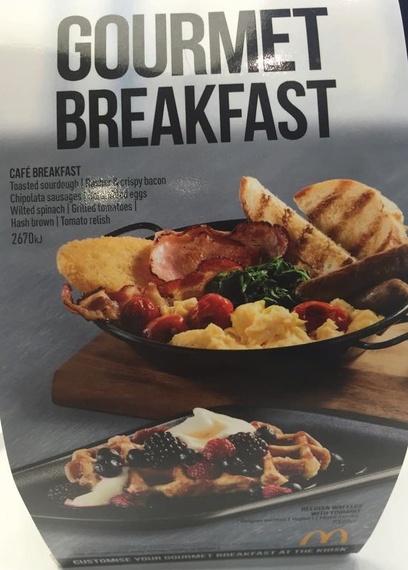 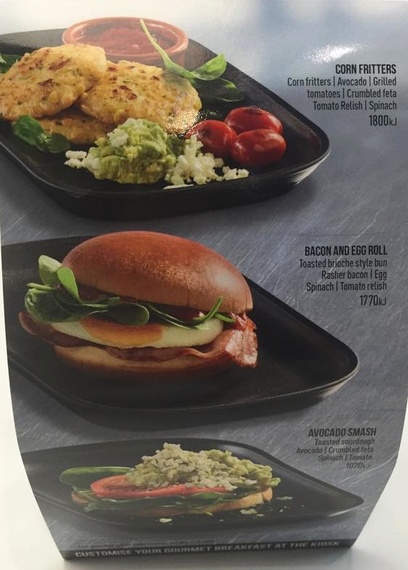 McDonald's Australia has long been interested in elevating perception of the brand through higher-end menu items. This has included an "M Selections" menu, tested in 2011, that included an Angus the Great and Grand Chicken burgers plus a NYC Benedict Bagel at breakfast, plus the Chicken Schnitzel & Citrus Mayo, Chicken Schnitzel & BBQ rolls and Angus & Egg Brekkie breakfast burger last year. Last December, McDonald's opened The Corner, a healthy-foods café, in Sydney. Recent additions the The Corner's menu have been a Mash & Lamb Winter Protein Box and a Lemon Lime & Bitters beverage. 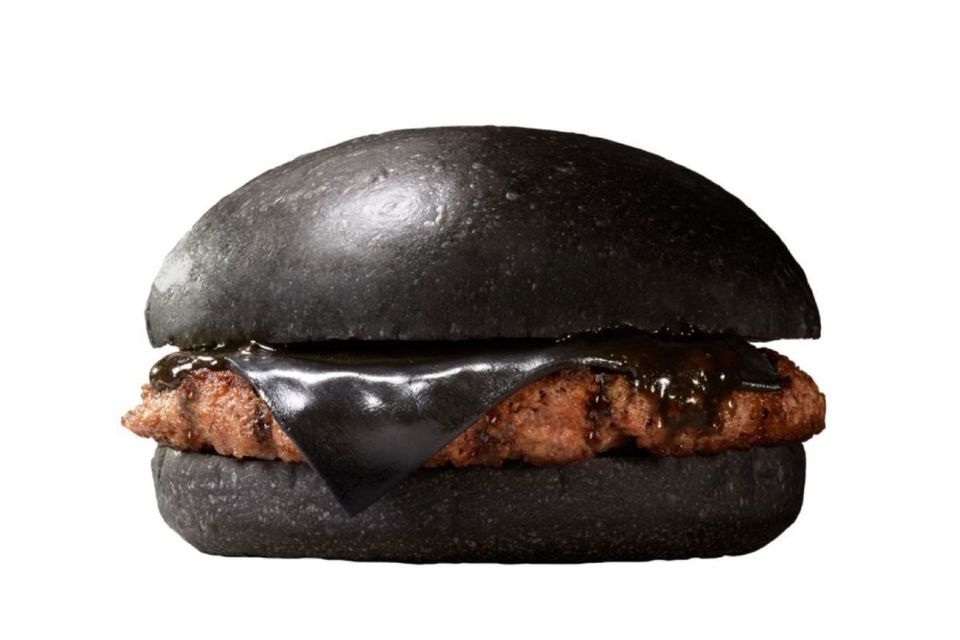 1 / 13
Burger King Japan's Black Cheese Burger
Go on, sink your teeth into a black cheese burger. You needn't add a thing -- it's loaded with black ketchup, too. <br><br>Doesn't that feel good? Now the color of your mouth indicates that you've been eating a bowl of tar for lunch, and you will be judged as such until the end of time. There has never been any reason to eat food blackened with squid ink and <a href="https://www.huffpost.com/entry/hersheys-kisses-baking-oh-yas_n_6297332" target="_blank">bamboo charcoal</a>, but for some reason this is not the first time BK Japan fiddled with the <a href="https://www.burgerkingjapan.co.jp/release/pdf/PressRelease140910.pdf" target="_blank">production of a black burger</a>.
Burger King Japan