The Mediterranean wrap is stuffed with garlic hummus, feta cheese, tomatoes, cucumber, red onions, lettuce and a feta-based sauce, while the the Santa Fe wrap features tomatoes, roasted corn, black beans, a blend of cheddar and Monterey Jack cheese, red onions, lettuce, tortilla chips, chili lime glaze and a Southwest-inspired sauce. Both are made with a whole wheat tortilla.

“People always ask for the veggie burger. So this we’re going to surprise them with,” McDonald's Canada CEO John Betts told Canada's National Post. “It’s a much more contemporary product, and I think it tastes a lot better.”

Betts also noted that wraps are popular with millennials, and he believes they appeal to a broader range of groups than burgers.

Healthy dishes are popping up on fast food menus more and more these days, even though patrons don't always order them.

McWraps first debuted on McDonald's permanent U.S. menu earlier this year, although none are vegetarian. In fact, McDonald's U.S. menu advertises not a single sandwich, wrap or salad served without meat.

Still, if the veggie wraps are a success in Canada, could they migrate south to the U.S.? McDonald's U.S. spokeswoman Ofelia Casillas told The Huffington Post that the fast food giant is "always testing new options based on what our customers are looking for." Currently, consumers seeking vegetarian options can "order McWraps without chicken and with extra veggies.”

PHOTO GALLERY
What To Eat When A Vegetarian Comes Over
Rachel Tepper
Associate Editor, HuffPost Food
Suggest a correction

McDonald's Debuts Vegetarian Wraps In Canada, Branch's First Meat-Free Entrees In A Decade
What To Eat When A Vegetarian Comes Over 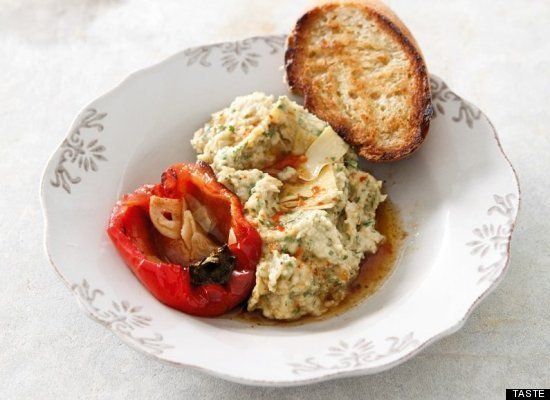 1 / 10
Warm Chickpea And Artichoke Pate
<strong>Get the <a href="https://www.huffpost.com/entry/warm-chickpea-and-articho_n_1057589" target="_hplink">Warm Chickpea And Artichoke Pate</a> recipe</strong> Appetizers should be your lowest-stress point in terms of vegetarian cooking, because so many of them already are! This chickpea and artichoke pate is hearty, and will be best friends with some crusty bread. <em><a href="https://www.huffpost.com/entry/vegetarian-recipes_n_1234014" target="_hplink">Click here for more hearty vegetarian recipes</a></em>
TASTE