McDonald's hit bottom, finally confessing to analysts today that it knows it has a problem. After reporting disappointing Q4 sales, including a global same-store-sales gain of just 0.1 percent and a 1.4 percent decline in the U.S., McDonald's accepted that its rapid-fire limited-time-offerings menu strategy has to change and that it has lost some of its relevance with consumers. 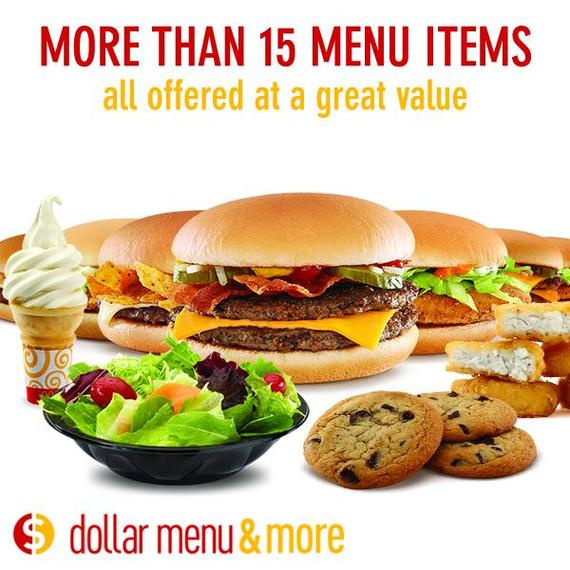 That hurt execution (speed and quality) and hurt operators. "We didn't give the restaurants a chance to breathe" with all these overlapping LTOs, Fenton said.

This, of course, is the same realization that rival Burger King reached last July when it decided to step back from its strategy of introducing new menu items in waves. Now it adds fewer products and LTOs but with more impact (such as Satisfries).

The poor sales performance in the U.S. -- December comp sales were a shocking -3.8 percent, according to Janney Capital Markets analyst Mark Kalinowski -- has moved the U.S. into the category of "key opportunity markets." This is akin to the middle-school room for students who need special studying help. Japan is in the "opportunity" room with us. So are Germany and Australia. Markets that have performed well include the UK, France and Russia (which is featuring the "American Classics" burgers, below), all of which have been seeing innovative full-price menu items rather than value-tier items.

CEO Don Thompson said McDonald's needs to establish "a stronger customer relationship this year" and to regain consumers' trust through improve in-restaurant execution, more "relevant" menu items and improving marketing communications. That includes greater use of digital media because McDonald's "has not played in that arena in a strong way," he said.

An additional confession came when Fenton explained why the current Dollar Menu & More is better than past value attempts. "In 2012, we had an Extra Value Menu, Extra Value Meals and a Dollar Menu. Rather confusing not only our customers but also to us," he said. Dollar Menu & More is simpler and easier to execute, allows more pricing flexibility and is margin friendly. "It was a good transition and evolution from where we had to go," he said.

Surprisingly, Thompson said the Extra Value Menu was designed to build profits, not help customers. But now the chain is gong to be customer focused. "To be very honest, Extra Value Menu, while a very solid attempt, was based on mining out additional profitability. From a customer benefit [point of view], it was not as strong as Dollar Menu & More," Thompson said. "Extra Value Menu was really a reformulation of certain products, adding some others just to build profitability. So this [Dollar Menu & More] is what we mean by being closer and getting back to a stronger relationship with customers."

But McDonald's solution to an overcomplicated menu is not to simplify that menu. Instead, it is asking franchisees to invest in new High Density Kitchen equipment that ideally allow keeping up with the huge menu. These include a new, larger holding cabinet, enhanced prep table and refrigerated rail -- all due to be added by June -- that are designed to let kitchen staff cope with existing items, add flexibility to handle future additions and give more customization on toppings, sauces and so on. This can be done without slowing service times, Fenton said.

Thompson wants McDonald's marketing to stress customization. "Many customers don't know that we are making every sandwich to order," he said, while not mentioning the holding cabinets in use. The "Made For You" kitchen design added in the 1990s wasn't accompanied by strong communications about its benefits, Thompson said. He wants the benefits of current kitchen enhancements to be known and appreciated.

"In the U.S. we've lost some of our customer relevance across several parts of the day," said Thompson. He said the strategy this year will be to make sure the food is relevant to consumers' needs and of a quality that enhances consumer perceptions of the brand.
With capital going to kitchen enhancements in 2014, remodeling will be slower in 2014. The company expects to re-image 1,000 restaurants this year, compared with 1,529 upgrades in 2013. Openings will include 250 in the U.S. plus 320 in Europe and 830 in Asia (of which 300 will be in China.

Don't expect significant same-store-sales gains in 2014, executives told analysts. Growth will come by stealing customers from competitors. "It's a fight for share," said Fenton. "It's a street fight and we're getting at it."