I suppose I was guilty, but they were such pretty trees. The city of Royal Oak sent me my warning that a fine was on its way if I didn't take care of the maples growing in my garage gutter. 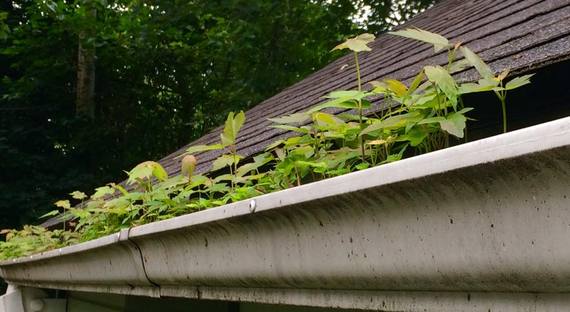 Meanwhile, down the block, we've got our own version of the Boo Radley home that has sat vacant for nearly four years. My wife doesn't like to walk too near it because of the rats that have been seen. 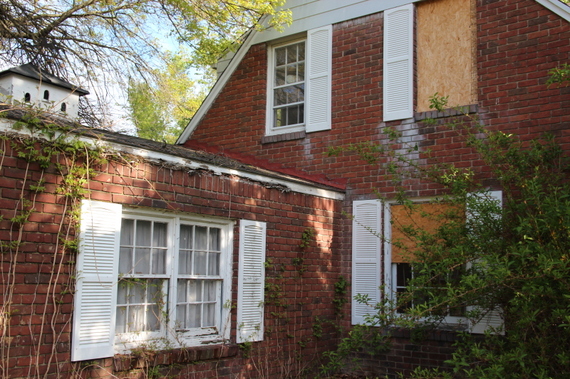 It looks nice from one side... 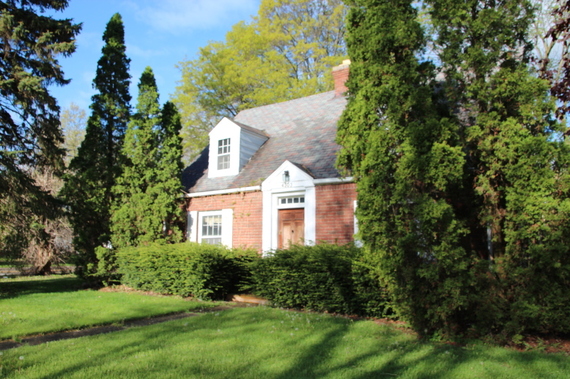 but that's only if you're driving pretty quickly and don't notice the hole in the door... 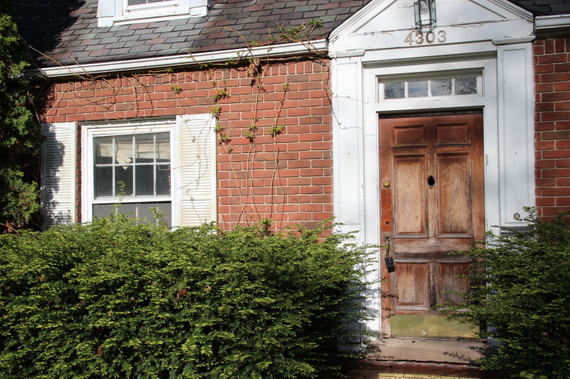 But apparently my gutters were more important than this little eyesore right off Normandy road. 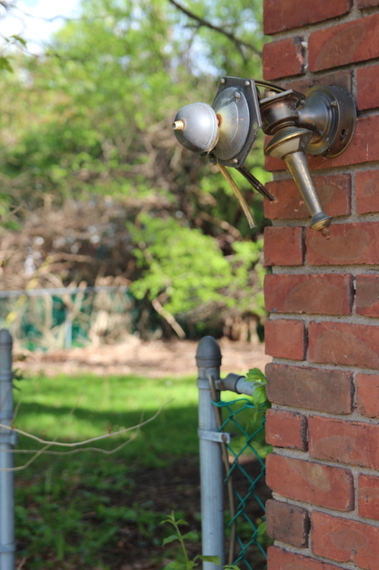 If you turn the corner toward Greenfield Road you'll see another odd sight, a public park that was turned overnight into a "parking space" for construction equipment. 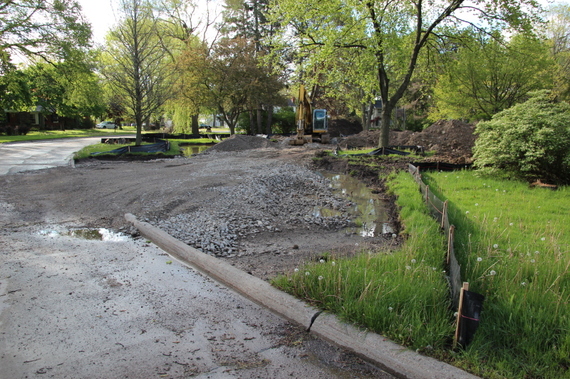 The transformation was approved by the city without consulting neighbors and the contractor cut down a flowering crabapple tree planted by the residents and family members of the lot's donor. 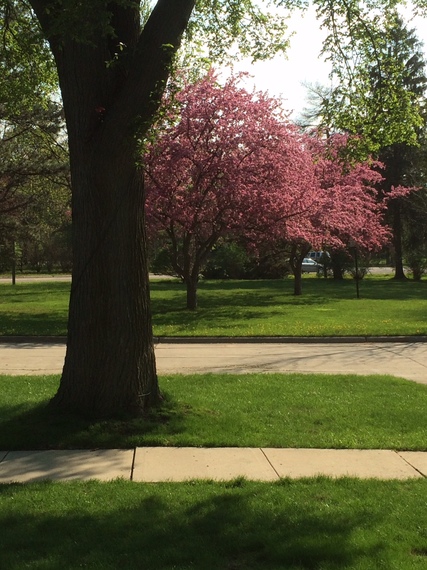 One of these beautiful flowering trees is now gone. 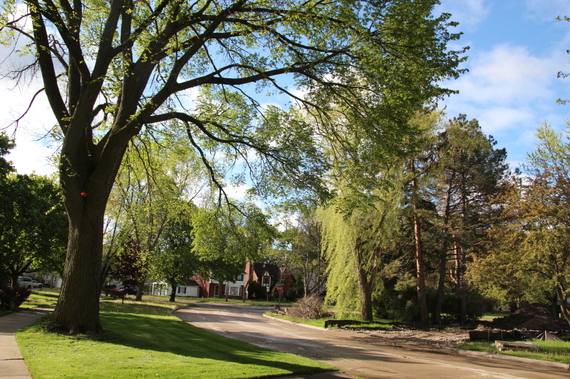 And this spectacular 150-200 year-old American Elm--an American Landmark Tree, has 25% of its roots inside the park and in danger of permanent damage. 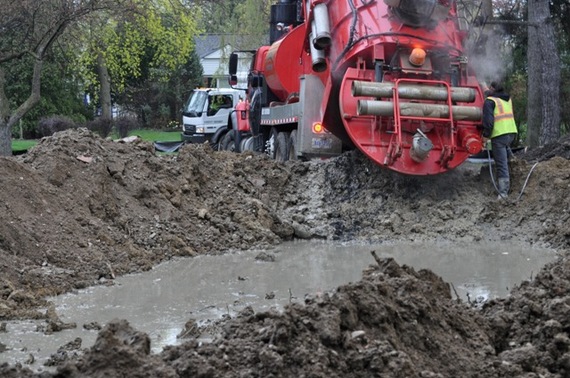 According to the city the staging area for construction involved the creation of a road through the park, not the rather disgusting pool that has been built. 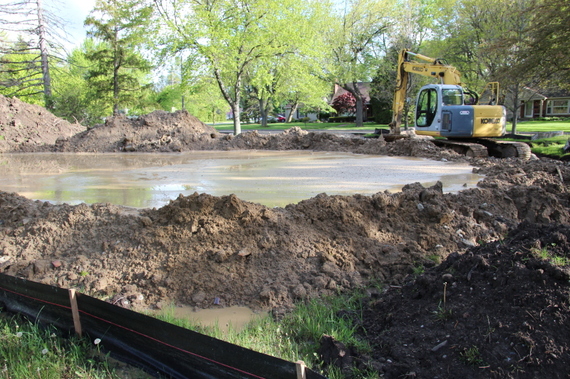 We received our bill from the city also informing us that our sidewalk was going to be replaced due to dangerous bumps--requiring us to pay $500 or so. 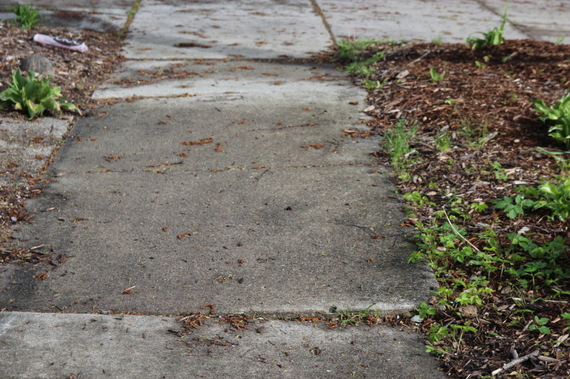 I just hope they use a better contractor than the one hired last autumn across the street... 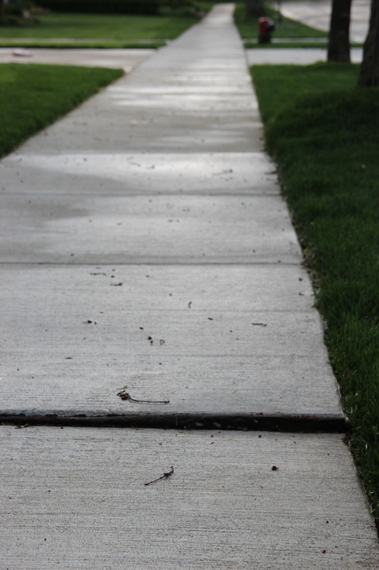 But that's life in the small city. If you're a contractor you park your equipment where you want and knock down a few trees, if you're an own of an abandoned house and just mow the lawn, all's well--maybe put up some new plywood over the windows every couple years. But the real golden ticket seems to go to builders, who have their eyes set on nice wide lots... 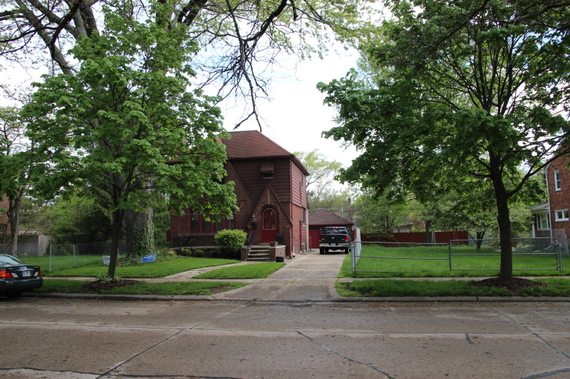 In 2012 I stopped in the estate sale of this beautiful house--a time capsule of the 1950s with open space on each side a throwback to the original lots of this neighborhood of the 1920s. After WWII, the lots were split but the building code still required a 50-foot minimum frontage. 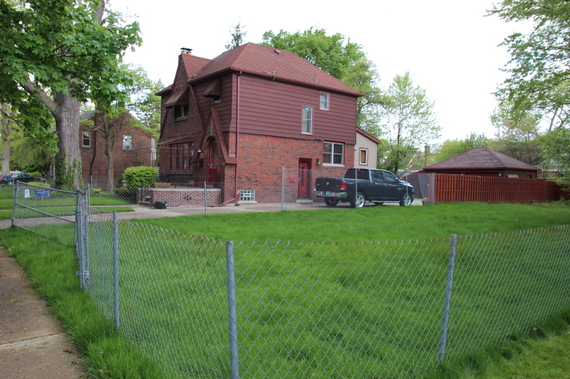 A builder is once again seeking a variance to allow for two more homes to be added with 40 foot lots on each side. Our neighborhood has written letters and attended a public hearing of the zoning board three days ago. 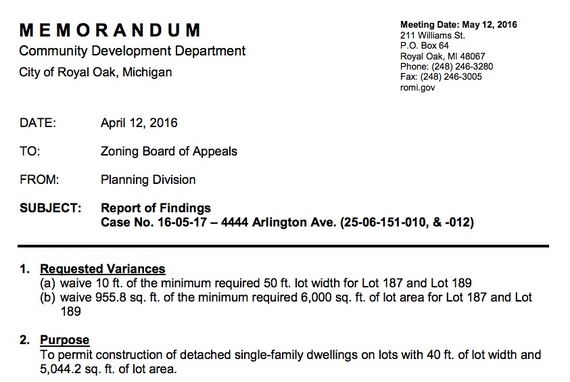 110 residents signed a petition against the variance and 40 residents attended the meeting with former Royal Oak mayor, Dennis Cowan, represented the builder. One neighbor sent us an update...

The zoning board meeting last night was very interesting. There were a lot of neighbors there and they allowed everyone to voice their opinions. There were a lot of objections to the variances. Then when the board got ready to vote the lawyer was all upset so they granted him his request to move his appeal to June 9th. They said we can all voice our opinions again on June 9th. So we will.

The argument for delaying the vote was that only six of seven board members were in attendance--even though the June 9th vote will also not have all seven present.

Five months ago, my friend, after many weeks of trying, actually contacted the Boo Radley home owner, seeking to purchase the house, knock it down and build another. The owner was interested in discussing things, but never called back. 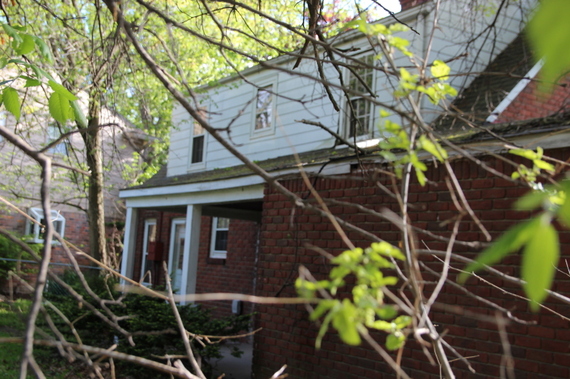 My neighbors have been cited for their own gutter-trees, garbage cans left out an extra day and peeling paint, but perhaps if I created large pool of mysterious muddy water or cut down a tree or two I'd be safe. 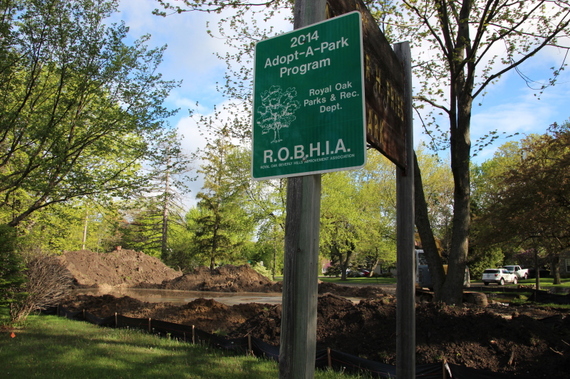