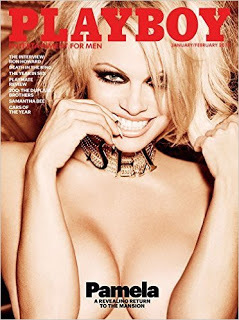 In a review of Nancy Bauer's How to Do Things With Pornography ("Non-existent thrills,"TLS, 4/7/16), Kate Manne, says the following:

"One of Bauer's main worries about pornography is that it instils false expectations in its consumers. She argues that the pornographic world is a distant sexual utopia - a 'pornutopia' - in which anyone is up for anything, and everyone's desires are compatible with everybody else's. The pornutopian world view therefore erases rape and incest. It provides a sexual miseducation."

Manne quotes Bauer to the effect that we don't need a "a new politics of porn" so much as "a candid phenomenology of it," in order to understand its effect on us. When you were a kid your dentist probably showed you an animation about tooth decay which conceived of cavities in a medieval setting with the teeth as a fortress protected by white knights. If there are pornutopian experiences that are being had at the expense of women's freedom and autonomy there's a countervailing world of princesses in shining armor whose crusade can sometimes sound like an inquisition. One of these was the late Andrea Dworkin, a militant feminist who battled vociferously battled pornography. Only the other day a feminist spokesperson, with a lilting British accent, told NPR that women can do whatever they like with their bodies, but when naked pictures of women are appropriated to sell hamburgers, it's exploitation. The problem with such forms of protest is that they can be contagious. You may never have heard of using nudity to sell hamburgers, but now that the idea has been inserted in your consciousness, you start to feel deprived when your Big Mac doesn't include the image of a breast in its hefty architecture. McDonald's throws everything but the kitchen sink into this now mythic confection. You'd think the least you could find when you opened up the bun was an old-fashioned nude centerfold (of the kind Playboy no longer features) with a fetching young Miss Mac of the Month.