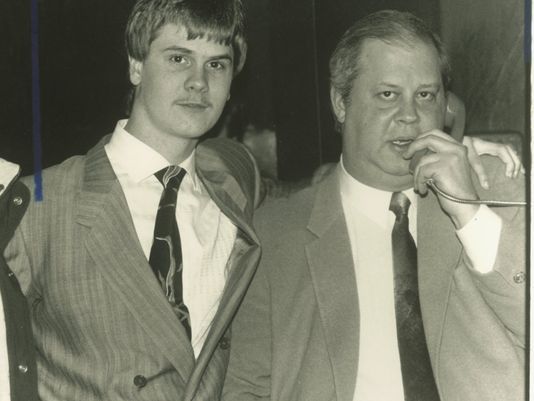 It was in the mid-90s, while serving time at FCI Beckley in West Virginia, that I first heard about White Boy Rick. Like any street legend he had an equal number of supporters and detractors on the inside. I didn't read about White Boy Rick in any newspaper or see any media reports about him on the television. I wasn't from Detroit so I wasn't exposed to the media hoopla that surrounded his case and notoriety. All I knew was what was going around the prison yards and what I heard from his homeboys in the federal system.

Some dudes from Detroit called Rick an informant, while others said that he was a good dude. This was the time period right after Rick had testified against a bunch of dirty cops in what they papers were calling the biggest police corruption scandal in the United States. I would learn all this later. As a young white kid that played basketball and listened to hip-hop I was impressed with Rick and the way he seemingly made an impact in the streets of Detroit in the black underworld. In some kind of way I felt a kinship to him.

But I never sold cocaine or was involved in the crack trade like Rick allegedly was. I sold drugs in the suburbs. I was a deadhead that supplied college students with LSD and marijuana. But because I played sports in prison and listened to hip-hop I hung around a lot of blacks. Which was really a big no-no when you're white in prison but I could only be who I was. And lets be honest, when I entered the Bureau of Prisons in 1993, the War on Drugs was in full effect and most of the offenders serving time were crack dealers from the inner-city. So as they say in the penitentiary I was getting in where I fit in.

And in the circles that I was moving in Rick's name was ringing bells. Everybody from Detroit had a White Boy Rick story and I listened to them all. To me he was not only an infamous dude but a jailhouse legend. Federal prison is a mix-mash of drug dealers and criminals from different areas and levels of the game and at FCI Beckley the dudes from Detroit were deep. To most of them White Boy Rick was a sort of folk hero and I recognized the myth that had built up around him.

I also fancied myself a writer and as I pursued writing for publication I always kept White Boy Rick's legend in the back of my mind. It was a story I wanted to tell. He was a guy I wanted to meet and interview. His story was very intriguing and this was even before the whole truth of it came out. When I first heard about him I looked for different books or stuff I could read about him. But besides the newspaper articles from the Detroit papers there wasn't much. I asked dudes where he was locked up, but no one seemed to know. I filed his street lore in my head and pursued other stories.

I started writing about street legends from New York and Washington DC and Baltimore and Philadelphia. I was locked up with a lot of these dudes who had become a part of hip-hop's lyrical lore, so it was easy to get their stories. I wrote about these men because I had a passion for their stories. When I first got locked up I read all the books on prison life or written by convicts that I could find. Then I moved on to reading about all the Mafia dudes I was locked up. But when I wanted to start reading about the crack era gangsters, there were hardly any books. So I decided to write books about them myself.

White Boy Rick was always someone I wanted to write about. But being in the penitentiary I went with the premise that I wouldn't write about someone unless I could get an interview with them. You hear about people getting misquoted or not liking what some writer wrote about them in the real world and I couldn't afford to get caught up in anything like that. Because if someone didn't like what I wrote they would just put a 6 inch piece of steel in my back. So I made sure I got the blessing of the person I was writing about. A lot different from real world journalism.

Around 2005 I got my chance to get in touch with Rick. He had caught a case down in Florida and I found out about it when I was doing research for a book I wrote on Fat Cat and Pappy Mason, two hood icons from mid-80s Queens. Rick was locked up with Fat Cat in the federal Witsec units in the Bureau of Prisons at FCI Mariana. He got charged with playing a part in a stolen car ring that was shipping cars from Florida up North. The newspaper article said how him and Fat Cat were making moves in the ring from their cozy federal prison cells. 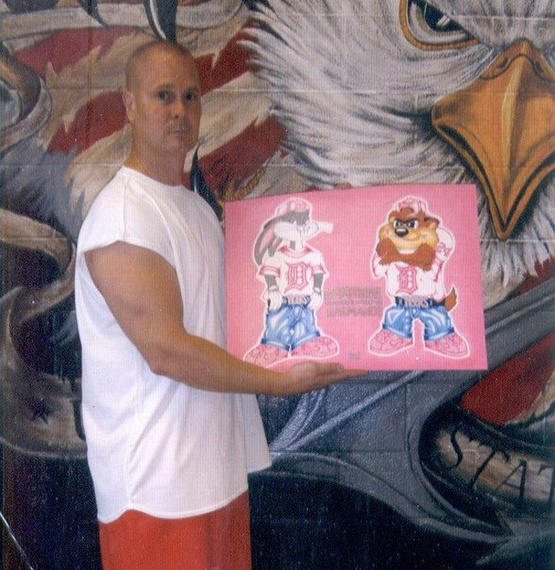 Rick caught more time for that case, but he also got kicked out of the federal Witsec units and was sent back to the Michigan state system. Even though he had a Michigan case, he is serving life sentence under Michigan's 650 Lifer Law, a law that has since been repealed, he was in the feds for a number of years due to the fact that he testified and put in prison numerous corrupt cops from Detroit. The feds were suppose to get Rick out of his Michigan sentence but they never did and now 28 years later he is still locked up for the 8 kilos of cocaine he got busted for when he was 17 years old.

The cops he helped to put in prison are out. Everybody from his era is out. Murderers, serious drug kingpins, hitmen- everybody is out but Rick Wershe. And just a couple of years ago the truth of the whole matter came out. A truth that people in prison knew nothing about. Some convicts called Rick an informant for testifying on cops, others gave him his props and said he was a big dog in the drug game, a Detroit street legend. But the truth of the matter was that Rick was recruited into the drug game by narcotics agents who worked his dad as an informant.

When the crack era was jumping off they wanted info on the players that were controlling Detroit's streets and when RIck's dad couldn't provide the answers they turned to the son who was only 14 years old and made him into a drug dealer. A unexpected twist in an already fascinating story. I'm going to let my guy Vince Wade, an investigative reporter and documentary producer/director who spent most of his career covering crime and mayhem in Detroit explain-

Reporters covering the Rick Wershe story have fixated on a law enforcement-concocted myth that he was a white teenage drug lord and kingpin presumably directing and managing street-tough adult black men in the shadowy, dirty business of peddling crack cocaine. The truth is Wershe was recruited by the FBI, at age 14, to become a paid confidential informant against a Detroit drug gang with connections in the police department and city hall. He had no prior involvement with drugs but he was a trusted neighbor of the family running the drug operation. The Feds used him then abruptly dropped him. He turned to the only trade he knew; the one he was taught by law enforcement. He became a dope dealer and got arrested at age 17 and sentenced to life in prison at age 18.

Wershe informed on the wrong people. By helping the FBI make drug and public corruption cases he made powerful enemies, black and white, in the Detroit political machine. I have a growing file of evidence suggesting Wershe has been the victim of a lie-laden police/political vendetta for nearly 30 years. These people are determined to keep him in prison until he dies as retribution for exposing drug corruption in Detroit.

Vince is working on a book about Rick and writes a blog focused on the Wershe saga called Informant America on thedimedroppers.com. To learn more about this intriguing story and the injustice being perpetrated against Rick check out the link for Vince's blog. Its about time something was done and Rick Wershe was finally released from prison.