"... meds for blood pressure, this to lower it at bedtime, this one to raise it when he gets out of bed. These he needs fairly often to control his muscular spasms - you will need to give him one midmorning, and again at midafternoon... These are for bladder spasms, and these here are for acid reflux... This is his antihistamine... He can have paracetamol if he's in pain, and he does have the odd sleeping pill... the antibiotics he has every two weeks for his catheter change. They're pretty strong... There are the boxes of rubber gloves, if you need to clean him up..."

Louisa Clark has never seen such an array of medicines other than in a pharmacy. After introducing Louisa (Lou) to the apothecarial responsibilities, Nathan, the unflappable nurse, explains that the patient may need a little help in getting the medicines down. They'll have to be crushed with a pestle into a mortar, then the grounded-up meds have to be mixed into a drink, which is poured into a beaker, which is carefully positioned next to the patient's not-fully-serviceable hand.

While Louisa may have pictured the wheelchair, she hadn't been ready for "the white metal and plastic hoist that crouched over the patient's bath."

Meet Louisa Clark - a work in progress
She's the chatty 26-year-old small-town-girl whose waitressing job at an unpretentious café has ended as the commercial viability of the café has ended.

To keep her relief money, she's worked at a fast-food chain where the uniform made her hair static; where she was fired for explaining to a very adroit 4-year-old that the free Sleeping Beauty toy was "sappy."

At the employment office she seeks an alternative to hauling chicken carcasses inside an abandoned aircraft hangar, on the nightshift. She declines pole-dancing and adult-chat-line opportunities. As for caregiving, her inattention and inaptitude had brought about the demise of houseplants, a hamster, stick insects, and a goldfish. But care-giving seems to be her fate, especially when her dire thoughts bring back images of the chicken factory: "Somewhere, deep within its bowels, there was probably a set of plastic overalls and a hygiene cap with my name still on them."

Meet Will Traynor - irony in an iron chair
He's the dashing, motorcycle-riding, globe-trotting (make that globe-jumping) private-equity venture-capital type whose idea of a holiday was hanging over a ravine, throwing himself out of an airplane, cliff-diving, big-slope downhill skiing, and, of course, bungee jumping. He's challenged himself with daunting rock-climbing - spending the night perched on a ledge, pinned into a sleeping bag that somehow stayed attached to the rock face. He's swum the English Channel. He's climbed Mount Kilimanjaro.

Now a quadriplegic (as the result of an ironically mundane tragedy) he is bathed with a sponge and needs to be helped into a wheelchair, where he is confined for the duration.

It's his bathroom that's appointed with a white metal and plastic hoist, and a glass-fronted medicine cabinet that gives off the scent of disinfectant and which houses a stock of drugs that would seem to rival that of a pharmacy.

Will's World - and nobody is welcome to it 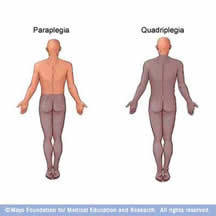 There are the obvious physical and physiological limitations of quadriplegia - almost total incapacity.

The effects of constant discomfort, the pain, the exhaustion. There's a tiredness that no able-bodied person can imagine, let alone fully comprehend, and feel.

Burning limbs. Louisa notes, "It seemed so unfair that despite the fact that he could not use them, or feel them, his extremities should cause him so much discomfort."

There were times when he couldn't breathe without assistance. Infections, fevers, and pneumonia were what he had to fend off - with lots and lots of help.

Ever present is the onset of autonomic dysreflexia - the body's massive overreaction against pain or the unemptied catheter that "damages the nervous system's vain and misguided attempt to stay in control." Vasodilator drugs may not pull him back from and out of a "meltdown."

And, not surprisingly, there are the psychological debilitations: the frustrations and humiliations of the once-conspicuously dashing man of the world, now conspicuous as the man in "an overgrown bloody pram."

A life conspicuously disabled
In his captive state, there are indignities galore. People gawk, stare, look away, peek back, pretend not to look, glance and mutter to themselves. Will cannot abide being the object of pity, and he cannot stand being the object of a kind of revulsion.

"Clark, every single place I go to now people look at me like I don't belong... As if I were a different species."

Even his former business partner looks at him with "that mixture of pity, revulsion, and, somewhere, deep relief that he himself has escaped this particular stroke of fate." 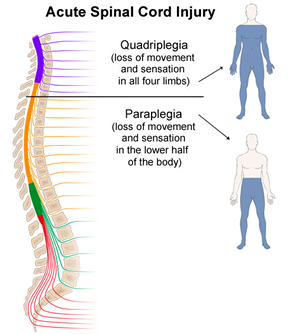 The once-strapping 35-year-old adventurer is no longer hopeful that physiotherapy will enable him to gain the use of - of anything that had served him so fully, and so well. The physio should stop his bones from demineralizing, keep up whatever range of movement he still has, stop his legs from pooling, and keep his muscles from atrophying - but, for Will Traynor, life as he lived it had already atrophied beyond rehab and reclamation.

What can move him - and us?
Will has to endure having everything done for him. He can barely move his hands. He has to be spoon fed.

Nathan, his nurse and physiotherapist explains to Louisa: "He's a C5-6 quadriplegic. That means nothing works below about here..." Nathan places a hand on the upper part of his chest. "They haven't worked out how to fix a spinal cord yet."

According to her intellectually-impressive sister, Lou dresses like she "had had a wrestling match in a charity shop." Other endearing qualities: she's chatty and, according to the proprietor of the now-closed café, she's "a life-enhancing presence." 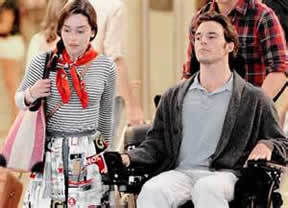 Will Traynor's new paid companion - his daytime minder - is hired to be a life-preserving presence. The enhancing part is the big bonus.

Louisa is, by nature, warm, chatty, empathetic... but, caring for Will she will have to work at being "cheery every ruddy day." She'll need a very thick skin to deal with him; his sarcasm and resentment will get under her skin.

But as Louisa comes to "care" for her patient more and more, there is a kind of transference and she will find herself being in her patient's care, more and more. In a way, Will becomes Louisa's caretaker.

"The worst thing about working as a caregiver is not what you might think. It's not the lifting and cleaning, the medicines and wipes, and the distant but somehow always perceptible smell of disinfectant. It's not even the fact that most people assume you're only doing it because you really aren't smart enough to do anything else. It's the fact that when you spend all day in proximity to someone, there is no escape from their moods. Or your own."

Despite his massive limitations and unpleasantness, Louisa is determined to bring Will out of his confinement.

For his part, Will is determined to force Louisa out of her confinement: she's never ventured out from the never-been-any-place-done-anything confinement of her own complacence. Left to her "confinement," she'll be "stuck in this bloody parody of a placemat" and eventually, perhaps, "pop out a few ankle-biters" and settle for a little uninviting place a few blocks from her parents, and their own confined lives.

Lies, and what lies ahead

Nathan: "Lou, he's not going to get better."

Louisa: "You don't know that."

Nathan: "I do. Unless there's some massive breakthrough in stem cell research."

Nathan had previously injected a strong dose of reality:

"He's not going to walk again. That only happens in Hollywood movies."

Characters worth listening to 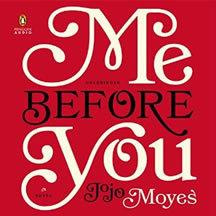 Action adventure of the realistic (semi-realistic) kind, espionage and intrigue, business hijinks, financial heists, political shenanigans - those are what I might pick up at the library. I hadn't imagined getting hooked by Me Before You. I ventured the unabridged Penguin Audio CD recording. What's the recorded-book equivalent of a page-turner? A disk-turner? A rewinder? Great company in bumper-to-bumper traffic congestion that simply defies explanation.

The young woman (Susan Lyons) who delivers Louisa's lines, and conveys Will, and Nathan, and others who speak in the novel - well, she should have won any award given for such readings, disks down. I hear her voice - her voices - as I read and re-read the novel.

More than a love story
From the movie trailer, the TV promos, and from official website stills, the motion-picture folks who are distributing and publicizing the film adaptation (release date, June 3) seem intent on positioning Me Before You as a joyful, almost frothy, love story. Jojo Moyes' novel is a love story, to be sure. But the novel is much more than that. 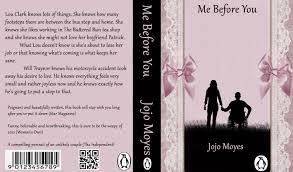 Louisa is from the opposite side of town from Granta House where Will is housed. Sound familiar? But wait: She explains,

"The thing about being catapulted into a whole new life - or, at least, shoved up so hard against someone else's life that you might as well have your face pressed up against their window - is that it forces you to rethink your idea of who you are. Or how you might seem to other people."

In the novel's penultimate scene, Will Traynor speaks in a voice that vibrates gently through Louisa Clark:

Spinal Cord Injuries Patient Care Quadriplegia Me Before You Books