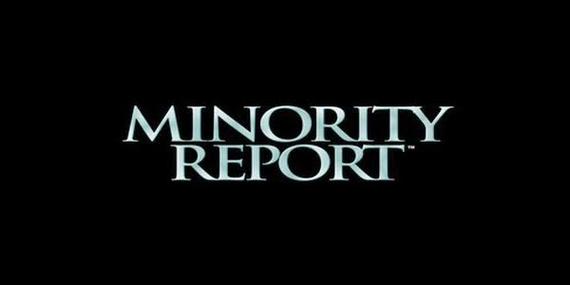 What do you get when you combine famed director Steven Spielberg; a shrewd, sexy detective; and drama of crime and conspiracy? FOX TV's new fall series Minority Report. The crime drama is based on the international blockbuster film starring Tom Cruise by executive producer Steven Spielberg.

FOX TV's director Mark Mylod and Think Like A Man's Meagan Good lead this fresh adaptation. Good, 35, stars as a brash detective in the new series shot in Vancouver. For leading actress Good, the series hits home. Growing up her father and stepmother were both law enforcement officers in California.

"I base a lot of my character's intention from my stepmother and father's experiences," Good admitted, "And also my own feelings on why Vega would put herself in harm's way." 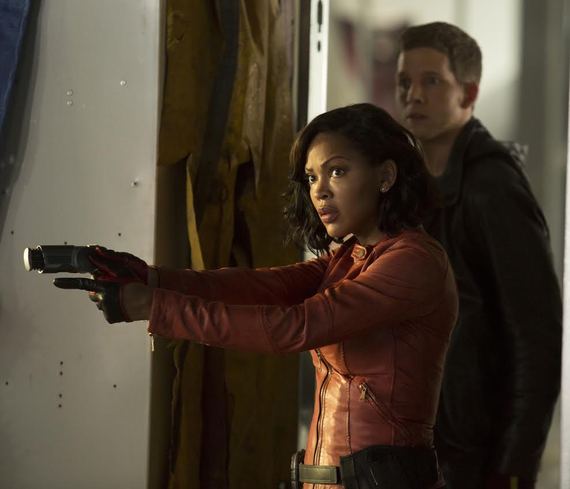 Good plays detective Lara Vega, a cop haunted by her past, who partners with a man haunted by the future, "Dash" played by Stark Sands from Inside Llewyn Davis, in Spielberg's first film to be adapted for television. Set in Washington, D.C., the duo race to stop crimes of the year 2065 before they happen.

The action falls at an important time. In the year 2065, it is 10 years after the fall of Precime, a law enforcement agency tasked with identifying and eliminating criminals before their crimes were committed. Criminals were found using three 'precogs' or precognitives Dash, Arthur and Agatha, who were all able to see the future.

However, now precogs' instincts have been rendered obsolete in the face of new sophisticated and crime-solving technology. This predicament fosters Good and Sands' characters' secret partnership. Dash joins Vega to attempt to stop the murders that he predicts with his terrifying but fragmented visions.

As the two navigate this future America, Vega and Dash elude others who will stop at nothing to exploit their precog abilities and search for Dash's missing twin brother, Arthur. Dash and Arthur's ingenious, reclusive foster sister, "Agatha", played by Mad Men's Laura Regan, also complicates matters with her need to control her brother Dash.

Minority Report is a clear drama of crime and conspiracy with a timeless story of connection: two lost souls who find friendship, purpose and redemption in each other. But what else will they find in themselves?