For 10 years, I've been teaching a college course called Compassion. We study the lives of the great exemplars of compassion: Gandhi, Nelson Mandela, The Dalai Lama, Viktor Frankl, and Mother Teresa. The learning is experiential. Students put the compassion teachings into practice.

When they study Gandhi, one homework assignment is to live nonviolently for 24 hours. Students work to bring no harm to themselves or others -- in speech, mind, or action. From Mother Teresa, they practice her principle to "do small things with great love" at their community service site. Mopping the floor at an animal shelter, tutoring autistic children, assisting an adult with Alzheimer's -- every small or unseen act becomes great when done with love. 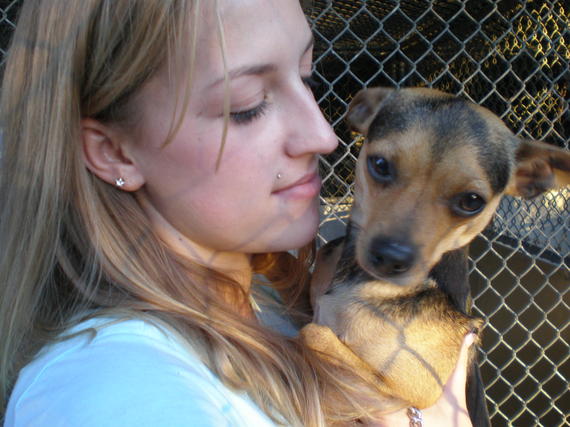 From the Dalai Lama, they learn the practice of tonglen meditation, breathing in the suffering of others and breathing out compassion. Senior student Matt Ambriz, working as an EMT, discovered the power of tonglen practice one critical day when he got a 911 call. A woman had a stillbirth in her bathroom. When the ambulance arrived, she was on the floor, traumatized, surrounded by blood. Matt silently did tonglen while tending to her medical needs, breathing in her pain and breathing out hope and healing.

The study of compassion changes the people who study it. As the axiom goes: We become what we think about.

I'll give the example of one student, whom I'll call Gary. By the time he got to the class, he was a survivor of two suicide attempts. His father had told him, "I wish you were dead rather than gay!" -- and Gary tested out the threat. In addition to active suicide attempts, he was on the verge of passive suicide with risk behaviors, especially longstanding drug and alcohol abuse.

The 15-week semester was hard for Gary. The course materials are inherently self-investigative, so he couldn't avoid seeing deep-seated patterns of harming self and others. At the same time, he realized the preciousness of his life and the innate human capacity for healing.

At the end of the semester, when he appeared in my office with his work completed, I hardly recognized him. He had voluntarily entered an alcohol recovery program. He had begun to reconcile with his parents. He had joined a group of like-minded people interested in personal growth. He credited the course with this major life turnaround. "I can't believe how different my life looks when I see myself and others through the eyes of compassion." Five months later, he was still clean and sober.

This turning of the heart is one of the most significant moments in a human life. A light goes on.

In 2012, two scientific colleagues at my university, Drs. Lisa Olson and Celine Ko, began a study to measure the physiological and psychological effect of the Compassion course on the students. They wanted to see if the stories of personal transformation played out in terms of quantitative scales and lab levels. The initial results confirmed what the various religions have always said: Compassion is good for us. 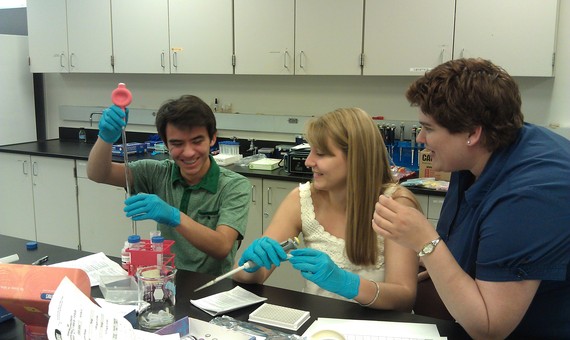 Still, I wonder: Can we really measure inner transformation? There must be some reason why Buddhists regard compassion as one of the four "immeasurables!"

Do we need to know the sequence of hormonal releases when making love or listening to Mozart to be convinced that something beautiful is happening? Indeed, we might wonder what is lost of the beauty of the moment when we compress it into mental categories and examine it. After all, we say, "let's make love," not "let's make logic!" 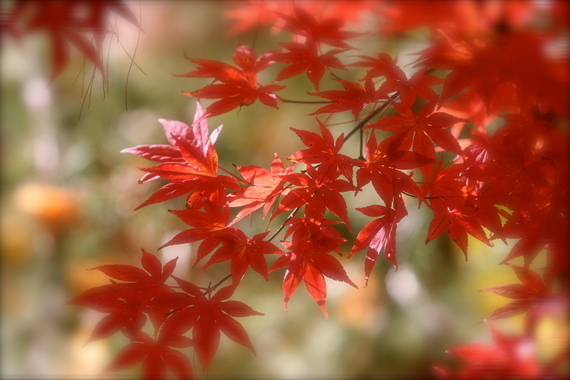 Putting an experience under the microscope artificially separates it from the organic life processes that influence it. It would be akin to taking a leaf from a maple tree, extracting it from its whole tree-ness and seeing if it changes by impact of an intervention. It may or may not show the effect of being submerged in water or whatever the intervention is. But the result tells us little about a real organic life process when the leaf is part of the whole tree. Likewise, we can take a student physiological variable such as blood pressure and put it under a microscope in the lab room on a particular day. But this data point is artificially extracted from that person's whole organic life process.

More to the point: A gardener doesn't rip out a seed to see if it's sprouting.

At different stages of a growth process, whether with plants or the psyche, a seed germinates in the dark soil, hidden underground. Sometimes this stage takes years. Example: The Century Plant of the Southwest is thus called because of the years it takes to mature.

Science has great value, and our research project is worth doing. Perhaps with the scientific evidence that meditation improves student learning, universities will develop more opportunities for inner education. But science is not the final word on the sacred.

When we were developing the initial protocol, I had a dream alerting me. A spiritual master appeared, with the message: "In acquiring facts, do not thwart the realization of Truth." Mystics always remind us that our study of sacred things can block the actual experience of them.

During a recent trip to the Black Hills for research on my book The Power of Love, I heard these words by Lakota elder Richard Little Finger: "When we Lakota look at things we don't understand, we don't dig it up or put it under a microscope, we call it wakan and treat it as sacred."

Here is the crux of the matter: not to let our mechanics get in the way of our metanoia. Metanoia means a transformation of heart. To study compassion is easy. To become it is a wholly different matter.