Finally, a presidential story with some meat to it. 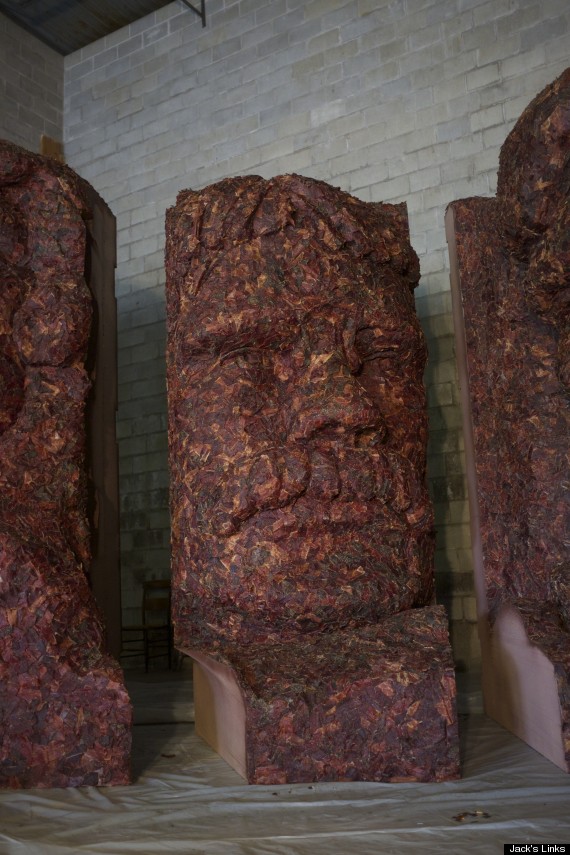 When finished, the so-called "Meat Rushmore" Memorial will measure 13 feet high and 17 feet wide, which translates to about 1,400 cubic feet.

Nearly 1,600 pounds of beef, pork and turkey jerky have been applied to the base. That's about five miles of meat if each meat stick was laid end to end.

More than 20 staffers have put in about 1,400 man hours to beef up the jerky sculpture. 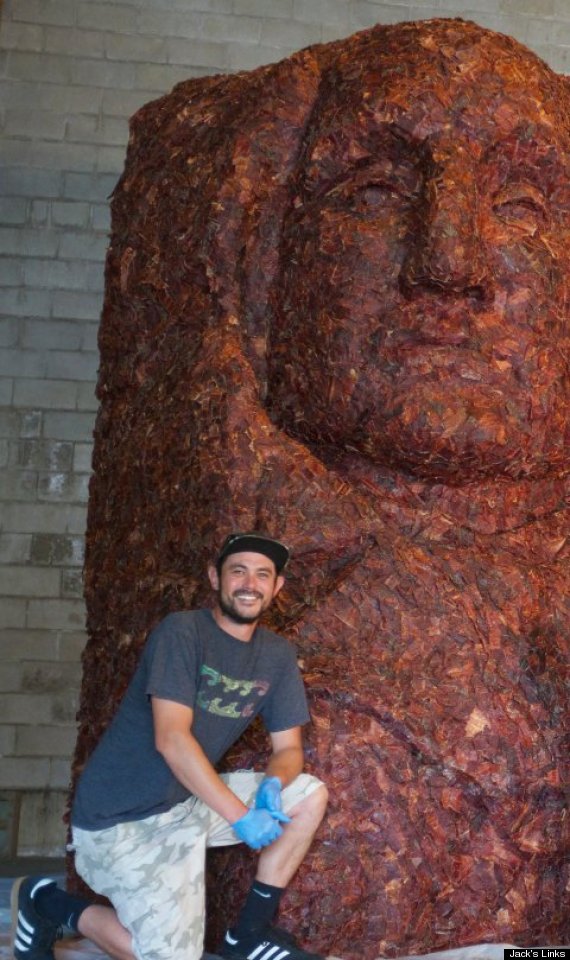 Art director Alex Valhouli has enjoyed beefing up his portfolio, but worries he may have bitten off more than he can chew.

"The big challenge with meat sculpting is that it hasn't been done before," he said on a promotional video. "You can't possibly know what to expect." 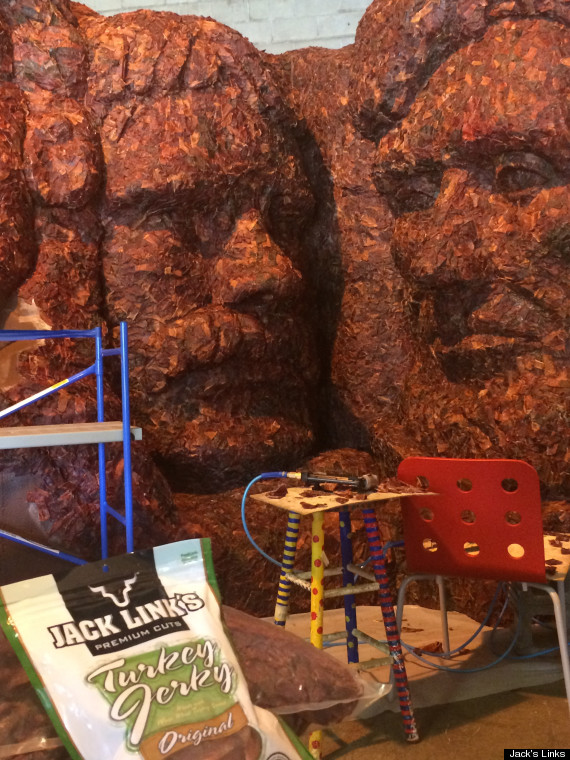 Meat Rushmore will be publicly displayed from 8 a.m. to 6 p.m.

After that, it will be shipped back to the headquarters of Jack Link's in Minong, Wisconsin. 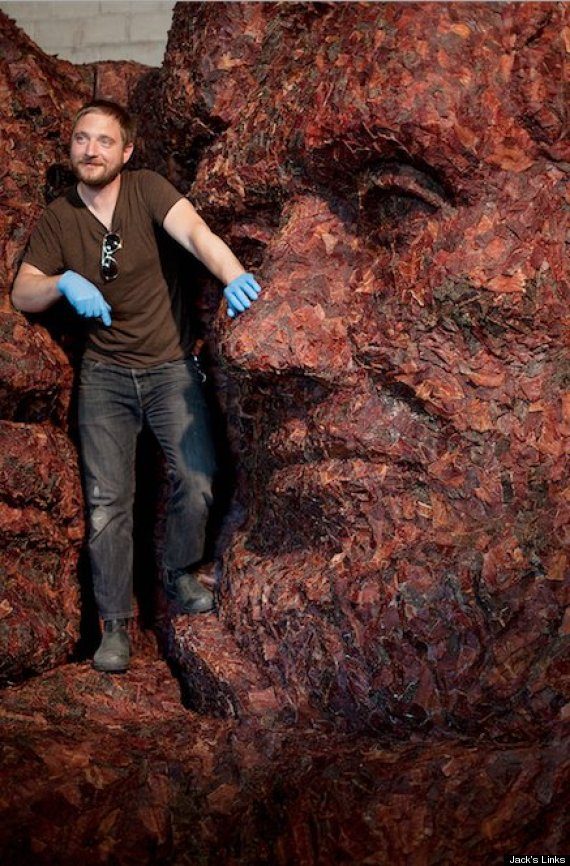