Mark Twain, adored the abundance of America's plate. He even dreamed of it. He found the food in Europe "as tasteless as paper." He longed for the food of home, like "Saratoga potatoes. Hot wheat-bread, Southern Style. Radishes. Baked apples, with cream. American butter. Hominy. Boiled onions. Turnips. Green corn, cut from the ear and served with butter and pepper. Stewed tomatoes. Hot hoe-cake, Southern style. Buckwheat cakes."

Twain was exuberant and, it seems, ravenous -- his list goes on for pages. "I was struck not just by the breadth of his menu and the vibrancy of the dishes, but how specific he was -- not just mussels, but steamed mussels from San Francisco," says author and environmentalist Andrew Beahrs. "That's what led to Twain's Feast." 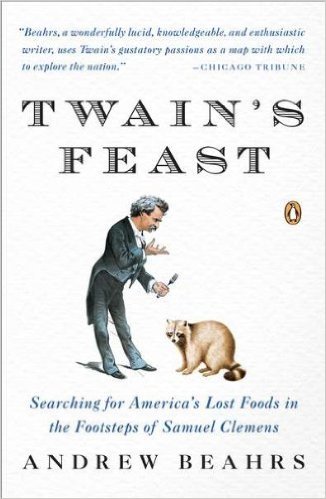 Researching Twain's Feast, Beahrs followed in the author's foosteps, trekking across America in search of some of Twain's beloved regional eats. "It's how I've come to understand the variety and diversity of the country," Beahrs says. But more than a few of Twain's favorite foods have since vanished or are off the menu due to scarcity.

So much of what we love about regional cuisine starts with regional produce. But according to food conservationist Gary Nabhan, four out of five American apple varieties are no longer on our tables or trees. Since Twain died, we've lost more than 93% of our native seed varieties.

Slow Foods USA's Ark of Taste works to reestablish more than 200 regional American foods in danger of disappearing from our plates for good from loss of biodiversity or other environmental damage. Nonprofits like Seed Savers Exchange and United Plant Savers are dedicated to rare plants and produce conservation. But they can't do it alone.

Even in today's world of corporate food and standardized meal kits, you know authentic when you see it and you know it when you taste it. Visiting your local farmers market makes preserving rare and regional produce easy -- and a delight. Choose local fruits and vegetables at the seasonal summer peak. Value them. Source them. Cook them. Eat them. We all have a stake in what we eat, in keeping America's plate as big and diverse as the one Twain celebrated. 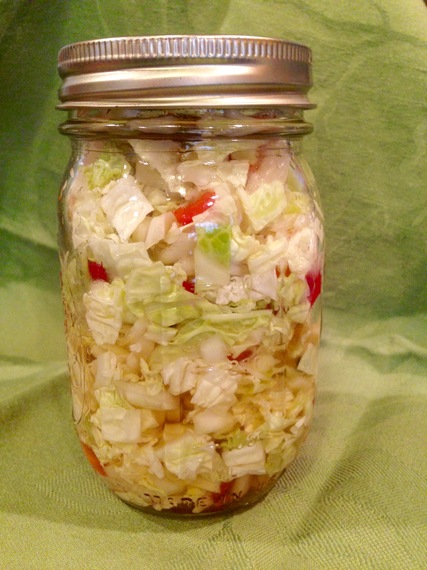 It's a sauce, it's a relish, it's a veg-intense condiment you'll find in almost every Haitian home in every South Florida Haitian restaurant. Pikliz (pronounced pik-leez) makes the most out of heat-resistant summer crops like carrots, cabbage, chiles and onions. It looks like cole slaw. Be not deceived. It packs a Scotch bonnet sucker punch. Adding a second Scotch bonnet makes it truer to the Haitian ideal. Unless you can truly stand the heat, start with one.

It seems easier to bung all the vegetables in the food processor, but if possible, resist the temptation. Hand chopping the vegetables results in crisper, more authentic pikliz. This quick fuss-free pickle will be ready to eat after 48 hours, but flavors will bloom the longer you keep it. And you can keep it indefinitely.

Enjoy a spoonful or two of pikliz on just about anything, including corn bread from any -- and every -- region.

In a large bowl, mix together the sliced cabbage, diced carrot, pepper and onion and minced Scotch bonnet. Sprinkle in sea salt and toss to combine. Pour in the orange juice, lime juice and cider vinegar. Vegetables should be just about submerged. Give them a stir and drop in the cloves, garlic cloves and pepper corns.

Pour everything into a generous 1 quart container with a tight lid. Refrigerate for a couple of days, giving the jar an occasional shake when you think to.

*Avoid Scotch bonnet burn. Wear rubber or latex gloves when mincing them. Wash your knife, cutting board and hands when you're done.

This is an updated post, the original version of which ran August 8, 2010.