Miyoko Schinner started out baking vegan pound cakes in her tiny home kitchen then schlepping them all over Tokyo in her backpack -- sometimes as many as 70 of them at a time. Clearly, she has a thing for DIY. The driving force behind Miyoko's Kitchen, the artisanal vegan cheese company she just launched this fall, she'd like you to be a little more DIY, too. Her new book The Homemade Vegan Pantry gives you the tools and recipes you need for a well-stocked vegan kitchen. 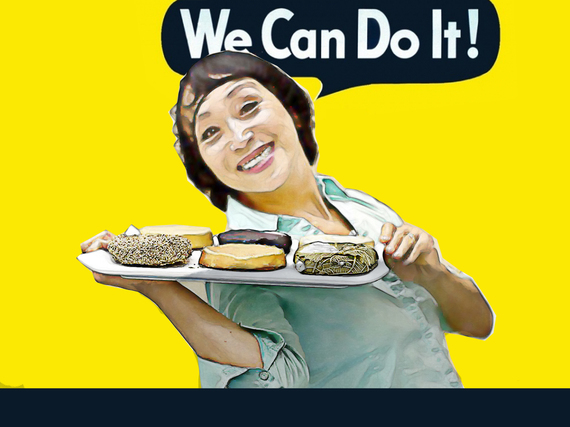 Just back from inspiring and feeding the vegan faithful at Vida Vegan Con, Schinner believes "in making real food. I'm not interested in a product." Products, though, are what many of us turn to when life has us by the short hairs, it's late and we're hungry. Schinner's been there. Born in Japan, she moved to the States with her family when she was seven and became hooked on that most American of products, processed food. "TV dinners and American cheese -- I loved that stuff," she says. "Until I became a vegetarian."

Schinner, whose other gigs include Vegan Mash-Up, host, vegan restaurant chef/owner and creator of other vegan products including unribs (recipe's in Schinner's new book), got her sense of doing it yourself from growing up in Japan and traveling around Europe. There, people typically make "shop for food and something from scratch every single day." They have to. "Small refrigerators." Big rewards. "You're not buying this big package of food that has preservatives in it," says Schinner.

Chemical preservatives lurk in almost all processed foods these days. So do added sugar, salt, fat and an array of icky additives.. 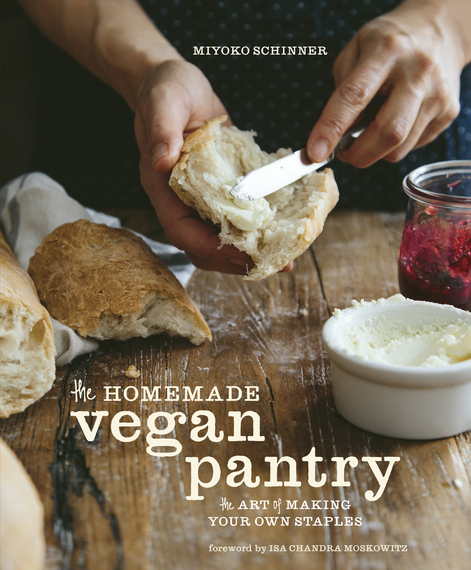 The Homemade Vegan Pantry is designed to liberate you from food that's icky for you or for animals. Recipes including simple comforts like macaroni and vegan cheese, treats you thought were too complicated or even impossible to make, like vegan meringues, and pantry must-haves like mustard, three different types, in fact.

Why make your own mustard, when you can buy it? It's fresher, cheaper, empowering, ickiness-free and for Schinner, the best reason of all. "It tastes better." And like all the book's recipes, it's been perfected for home kitchens -- including yours. 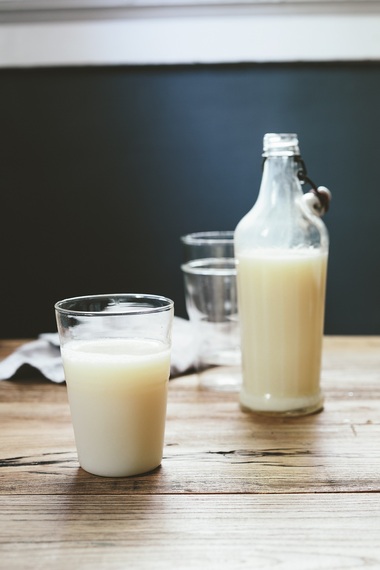 For National Dairy Month, Schinner teaches you to milk a soy bean.

Bring 8 cups of the water to a boil in a pot. Add the soybeans and boil for 1 minute. Remove from the heat and let sit for 30 minutes. At that point, the water should be cool enough to touch.

Drain the soybeans, then transfer half to a blender with 3 cups of the remaining water. Briefly blend until it forms a thick slurry. Be sure not to blend long--just 10 to 20 seconds should be enough.

Repeat this blending and straining process with the remaining soybeans and 3 cups water. Pour the soy milk into a large pot and bring to a simmer over medium heat; turn down the heat and continue to simmer at a heat level that will not boil over for 5 to 10 minutes. It's now done.

If you like, flavor it with vanilla, a pinch of salt, and sweetener. You can let it cool, then transfer to a container of choice. Stored this way, it keeps in the refrigerator for 3 to 4 days.

To lengthen the shelf life of the soy milk, pour it while it's hot into clean, wide-mouthed jars, cover with lids, and store in the refrigerator.