Mecca resembles a luxury tourist destination more every year, and soon it will have a massive, 44-story hotel to prove it.

The holy city welcomed more than 2 million Muslims from around the world in 2013 for the annual Hajj pilgrimage, which falls on the eighth day of the month of Dhul Al-Hijjah in the Muslim calendar and is one of the five pillars of Islam. To accomodate the growing number of pilgrims, Mecca has undergone major construction over the decades. And in 2017, it will be home to the world's largest hotel by room count.

Funded by the Saudi Ministry of Finance and designed by Dar Al-Handasah, the mixed-use Abraj Kudai hotel complex will house 12 towers, a shopping mall, a convention center and restaurants and lounges. There are even helipads for those guests arriving in style, and five floors of each tower will be reserved for the Saudi royal family and other VIP guests.

Each tower will hold approximately 1,200 luxury rooms measuring roughly 45 square meters, according to Dar Al-Handasah's website, and the entire hotel will house 10,000 rooms. Once the complex is complete, CNN notes the next-largest hotel by room size will be the MGM Grand Hotel in Las Vegas with 6,198 rooms.

London-based design firm Areen Hospitality is in charge of decking out the interior spaces of the hotel, and guests will be able to choose between 4-star and 5-star accommodations, according to Arabian Business.

The Abraj Kudai project will cost more than $3.5 billion to build and is scheduled to open in 2017, The Guardian reports. It will cover 1.4 million square meters just one mile south of Mecca's Grand Mosque.

The Grand Mosque, the focal point of the pilgrimage, is in the process of a steady expansion to increase its capacity and improve security, lighting, drainage and various amenities. Some worry that Mecca's transformation will compromise the city's sacred legacy.

“The city is turning into Mecca-hattan,” Irfan Al-Alawi, director of the UK-based Islamic Heritage Research Foundation, told The Guardian. “Everything has been swept away to make way for the incessant march of luxury hotels, which are destroying the sanctity of the place and pricing normal pilgrims out.”

Scroll down to witness how Mecca has changed throughout the years: 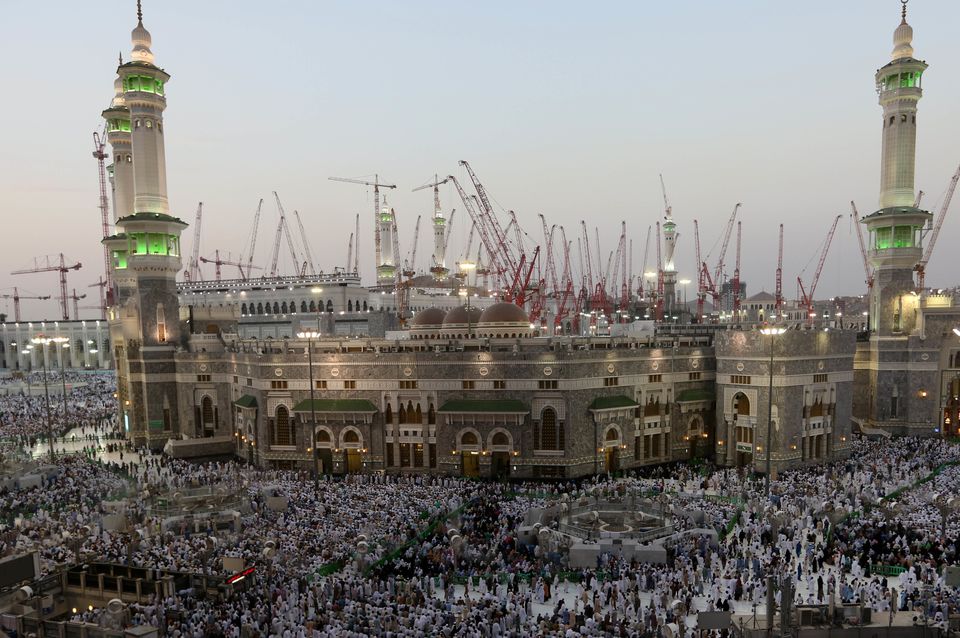