The first time in any situation can trigger all sorts of emotions. It can be exhilarating and exciting one minute, intimidating, nerve-wracking and overwhelming the next minute. Make it a situation you've been anticipating and those reactions can be even more extreme.

Now consider everything that surrounded Cullen Timmons' first day of working a rotation in the emergency room at Emory University Hospital in Atlanta.

He fell in love with science in middle school, even more in high school. He came to a bit of a crossroads in college when he worked in a lab and knew it wasn't right for him. He took the MCAT anyway and wound up at a great medical school. He soon realized medicine truly was his calling. Further affirmation came when he discovered his niche: not in a lab, obviously, but in the wonderfully unpredictable world of the ER.

So here he was in August 2014, with three years of medical school down and one to go, starting a trial run of his future.

That first day was a disaster. Timmons spent most of it sweating profusely and excusing himself to go throw up.

Understandable, right? This was a huge moment in both his career and his life.

As it turns out, his body was signaling that his life was in jeopardy. And if Timmons hadn't been a medical student, he probably would be dead right now. 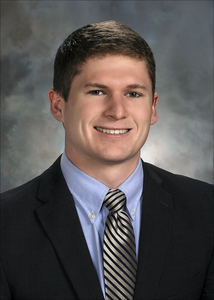 Timmons was so embarrassed by his sweating and vomiting that he shared the details with only a few of his new colleagues.

He also told them about his other symptoms: a sharp pain that emanated from his chest to his arm and jaw.

Everyone recognized the classic symptoms of a heart attack. Yet in their ER training, they'd also been taught to factor in the patient's age (26), physical condition (top notch, as verified by a variety of tests he'd undergone throughout med school) and family history of heart problems (none). They agreed that the logical conclusion was something innocuous -- a poor reaction to stress or severe acid reflux, something Timmons had endured once or twice before.

Within days, Timmons felt confident that's all it was.

Back at University of Virginia's medical school, Timmons' final year was filled with electives. One he wanted to take was a two-week class called Advanced Physical Diagnosis.

Something came up and the roomie had to drop the course. Timmons snagged his pal's spot and found himself honing his stethoscope skills alongside two peers and Dr. Eugene Corbett.

Holding his stethoscope, Timmons remembered something: While at Emory, he'd detected a "really, really faint" murmur -- a swish after the second beat -- in his own heart. He'd never heard it any other time he'd listened to his heart, but it had seemed so minor that he'd put it out of his mind.

This time, Timmons heard the murmur a little louder.

"It could be something serious," Dr. Corbett said.

Timmons thought more about his recent health and came up with a few red flags.

He liked to go running and knew he'd been moving slower lately. Pain shot through his shoulder every now and then. His vision had become blurry.

Then again, he was still young, in good condition and had no family history of heart disease. Plus, all these things seemed attributable to the stress of a final-year med student trying to land a residency.

Dr. Corbett suggested they treat this as a teaching moment -- a chance to see how accurate their listening skills were compared to the results of an echocardiogram, a test that uses ultrasound waves to show what's happening with a heart. Coincidentally, he and Dr. Max Luna had been planning a comparison like this for the class.

Now, that lesson would take place sooner than expected.

Timmons had just finished an ultrasound course, so he had a good idea of what he was seeing.

Yet when his aorta appeared on the screen, it seemed way too big. What was supposed to look like a banana was more like a coffee cup.

Timmons went into the exam thinking he may have had a relatively common mutation involving his aortic valve. If so, he would've needed a new one, but probably not for many years, until problems became severe and frequent.

The exam showed something far worse.

His aorta had torn, probably on that first day in the Emory ER. The tear had gotten worse, causing a thoracic aortic aneurysm, a weakened artery wall in his aorta.

"I knew it was going to mean open-heart surgery," Timmons said. "And pretty quickly."

Hi, Mom and Dad, I just helped make a potentially life-saving diagnosis of someone with a heart problem for the first time. And, uh, that patient is me.

Timmons explained that while it was a serious condition and a serious procedure, he was fortunate to have it discovered and should be fine following the operation. Amazingly, his sister is an aneurysm researcher, so she was able to navigate the family through it all.

The surgery was last Nov. 10, less than two weeks after the echocardiogram.

"Everyone in the room was looking at (his aneurysm) and just holding their breath," said Dr. Irving Kron, who performed the surgery. "This thing was a time bomb. It would not have been unusual for him to have dropped dead in a couple of weeks."

Being young and healthy, Timmons bounced back quickly.

Within months, he was working in the OR on an anesthesia rotation when he saw the same cardiothoracic team that had worked on him operating on someone else.

This was his first up-close look at a cardiac bypass machine -- a device that oxygenates the body while the heart is stopped so it can be operated on. Realizing he'd been hooked up to that device just a few months before was jarring. He was awed by the technology, the science and the expertise of everyone involved.

"It was amazing to watch, and certainly humbling," he said.

It also was pretty cool being able to thank the team, and to show them what a great job they'd done.

In March, he also showed his appreciation for the lifesaving research and advancements funded by the American Heart Association by sharing his story at the Heart Ball in Charlottesville, Virginia. The AHA funds more cardiovascular research than any organization outside the federal government, having invested more than $3.7 billion, including upwards of $100 million annually since 1996. 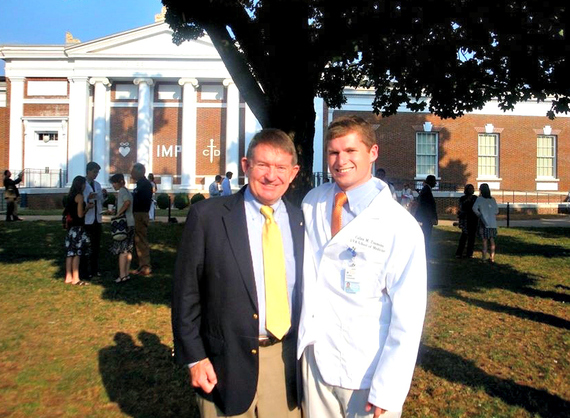 Timmons and his dad at UVa

As he recovered, Timmons also pursued his residency. Those interviews had to be doozies.

He landed a three-year stint at Vanderbilt University Medical Center in Nashville, which he started July 1.

He launches his career with fascinating insight on what it's like to be a patient, something he thinks would benefit every new doctor.

"You see good habits you want to emulate, like the importance of communication and understanding how important empathy is," he said.

Timmons laughs off the notion that he's perhaps already made the best diagnosis of his career.

"The whole experience of facing your mortality certainly lights a fire under you," he said. "The scar under my scrubs is a good reminder to never take anything for granted." 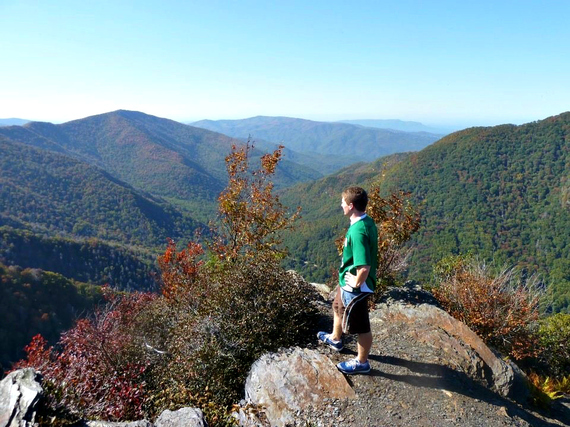