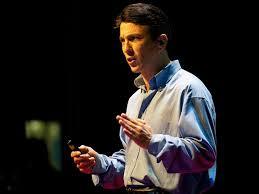 Medical technology pioneers believe that 100 years of age will become the new 60 as scientific breakthroughs, software and gadgets extend and improve our lives quickly.

This may seem implausible, but med tech iterates as quickly as does information technology. Since the 1970s, our smart phones have become one billion times' more powerful and swift as were the supercomputers that filled cavernous rooms decades ago.

Predictions are that heart disease and cancer will be eradicated within a decade and other technologies, such as 3D printing and artificial intelligence, will further extend longevity and improve the quality of life, too.

A friend and colleague of mine, Dr. Daniel Kraft, is a sought-after speaker about the world of med tech. A group of us, led by Ryerson University, brought him to Toronto this week for a keynote. His knowledge is encyclopedic; here are some highlights drawn from his speech as well as from his annual conference in San Diego I attended last fall:

• He said that Fitbits and other "wearables," that measure everything from sleep to daily steps, will become "insideables" or sensors, monitoring and transmitting health outcomes to computers or healthcare providers.

"We have hundreds of sensors in our cars to tell us when there's a mechanical problem and our bodies will have these too," said Kraft.

Sensors will also be employed in treatment as well as diagnostics. A British company is developing a monitoring "pill" that if swallowed will monitor what other pills are ingested, and when, to help insure compliance by patients. This invention is critical to millions suffering from mental or neurological maladies who forget or overdose their meds. The "pill" will alert physicians and loved ones that a patient is not being compliant.

• "Uber healthcare is coming," Kraft said. A range of services from house calls, pharma delivery and caregiver stints will be available on platforms on which payments can be pre-authorized and users or service providers can rate the quality of services.

This year, a major diagnostic device -- the Tricorder XPrize of $10 million -- will be awarded to one of many teams that have been developing for years a handheld device that can diagnose more than a dozen major health issues non-invasively (breath, saliva or skin) better than five board-certified physicians.

The device will be the size of a smart phone and cost less than $100 and may benefit health care systems by averting unnecessary emergency room visits by anxious parents. (Tricorder was the device to diagnose ailments fictionalized on the TV series Star Trek.)

• Siri for medicine already exists and several apps coach, check in and help patients manage issues. These include Lark for weight loss, Joyable for anxiety, Lumosity for cognition, Livongo for diabetes victims. Omada for heart disease and ginger.io for depression plus many others.

"In future, doctors may prescribe drugs and an app for their patients," he said.

• Another health aid increasingly will be robots, already used in hospitals for surgery, moving patients or food and drug deliveries. Telepresence robots allow doctors and nurses to interface with patients from remote locations and Japanese "carebots" for the elderly sense emotions of their owners, provide advice, do research and converse.

• Emerging technology, 3D printing, is creating pills as well as exoskeletons for the disabled or injured. Organovo is actually "printing" organ tissue (for pharma testing or patching) with a view toward eventually producing organs themselves.

As for diagnoses, IBM's Watson (the world champion of chess, Jeopardy and Go) has become the world's foremost oncology diagnostician and will be increasingly deployed to personalize treatments based on symptoms, history, genetics and pharmaceutical characteristics.

In addition, genetics has made health care specialists realize that drugs must be personalized to account for ethnic differences. Most individuals have a collection of ethnicities in their genome and this makes a huge difference. For instance, Plavix doesn't work on 60 percent of Asians because they don't have the genetic capability to make it effective, said a California bioengineering expert Esteban Burchard. Asthma afflicts African Americans disproportionately and only persons with genes from Northern Europe succumb to Multiple Sclerosis.

All these advances and more -- such as regenerative technologies and the ability to grow new organs from stem cells -- will continue to enhance longevity and healthfulness simultaneously. Like the smart phone, med tech will become increasingly miniaturized, powerful and cheap.

By 2030, some forecast that nano-robots will permanently be in bloodstreams, monitoring and attacking damaging cells or growths.

All of these, and more, promise longer lifespans and, equally important, extended "healthspans," too.