There's no shortage of workshops on media ethics and concomitant codes of conduct in Lebanon, but how are those guidelines being implemented?

The Beirut-based SIDC, or Nursing Care and Community Development organization, conducted training for journalists this week on controversial and sensitive social issues. 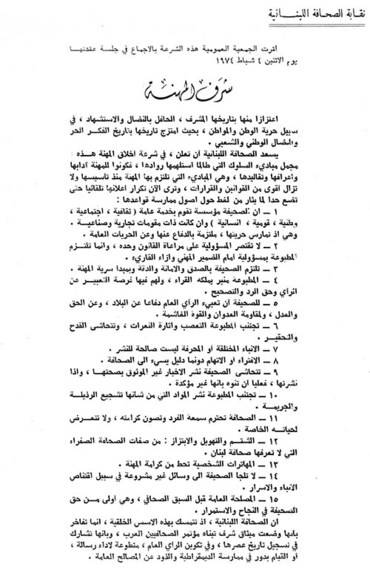 But it's more than just sensitivity that's required.

There's also the handling of graphic content in print, on the air and online, notably when social media often beat traditional media to the punch.

Viewers have more opportunities--some of them unavoidable--to stumble onto graphic content. This shift demands serious attention from news organizations. That's compounded by the potential for psychological harm to journalists, whose jobs require them to work, sometimes extensively, with traumatic material. The answers aren't simple, but the problems are clear.

"As we know from our recent research, authenticity is one of the qualities news audiences most revere about eyewitness media," wrote Pete Brown, research director at the Eyewitness Media Hub. "Our focus group participants argued variously that eyewitness media was more 'real', more 'spontaneous', more 'intimate' and less 'controlled' than professional news output."

The impact of trauma and its ethical implications have yet to be studied carefully in Lebanon to mitigate further damage to journalists, social media users and recipients/consumers.

When it's not a Syrian boy washed up on a Turkish beach, the beheadings, burning and drowning of people who may be considered apostates, the gruesome body parts of suicide bombers and their victims, it's probably verbal and/or physical abuse that passes for news coverage.

They're at each other's throats - literally - live on the air for all to see their violent behavior, stirring ratings wars and social media fury.

Even a TV show called "Bi Mawdouiyeh" (Objectively Speaking) isn't immune from the occasional round of fisticuffs between opposing participants. 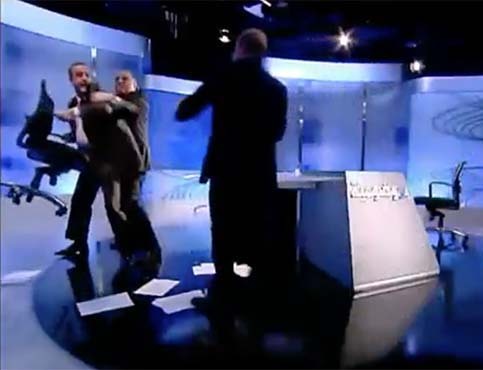 "Talk shows set aflame: Abused media people who dish out abuse" headlined the Lebanese daily Annahar on media ethics (or the lack thereof) on Lebanese TV channels and in the country's countless publications.

According to Nahawand Al Kaderi, a media professor/researcher at the state-run Lebanese University, political talk shows are built on differences and the conflict of opposites, with guests selected on that basis to create a particular scene and live action in the studio since programs require excitement.

"We're living in a world devoid of standards and media ethics, notably with new technology and development," she said. "It's chaotic and anyone can be himself and his complete opposite, so we must work on the profession and the syndicate must play a role as the journalists did in the past."

But it's not easy when the Lebanese Press Federation promotes a code of ethics focused on print media dating back to 1974 and expects journalists to abide by it.

Not only are legacy broadcast media ignored in that code, but online versions of traditional media today get short shrift while blogs, other forms of digital multimedia and social media aren't taken seriously, except when they rub politicians or authorities the wrong way.

In the latter case, said authorities and detractors start clamoring for "stiff media ethics codes," to control unruly practitioners, in a bid to stifle them.

Lebanese Information Minister Ramzi Jreij recently signed a memorandum of understanding (MOU) with the United Nations Development Program to re-invigorate a newer code of ethics launched in 2013 by the two bodies and funded by the European Union.

The 12-page "Media Code of Ethics to Reinforce Civil Peace in Lebanon" is a hodge-podge drawn from Lebanon's antiquated 1960s print media law, 1994 broadcast media law, equally retrograde codes of conduct from other Arab countries, with a dash of guidelines from the BBC and the International Federation of Journalists. 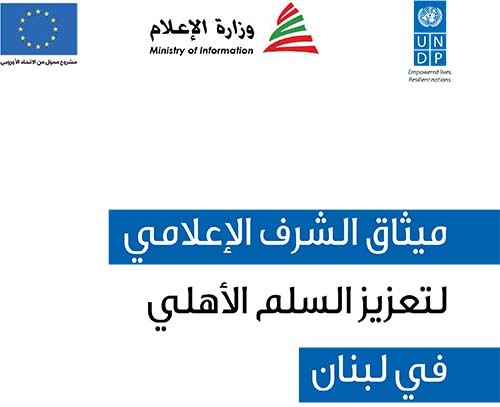 Luca Renda, the UNDP's Lebanon country director, said the MOU was a voluntary initiative not aimed at controlling the media but that it constituted a form of self-censorship for the benefit of the Lebanese people and society.

Neither he nor Jreij explained exactly what, or how much, self-censorship that meant.

While Lebanese media have a wider margin of freedom than their counterparts in neighboring countries, they're burdened by sectarianism, racial discrimination, disrespect for people's dignity and privacy, and a glaring disregard for accuracy. 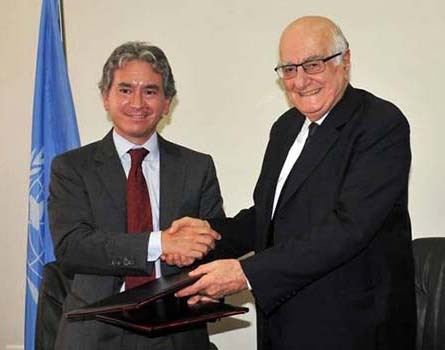 Rumors also play a key role in the dissemination of information in Lebanon, to the detriment of civil peace and the country's overall stability.

In August 2014, I wrote that rumors were Lebanon's daily bread with legacy media and citizen journalists accused of fanning the flames amid domestic political unrest, economic uncertainty, and regional upheaval whose sparks are burning Lebanese fingers.

The remedy: Better implementation through persuasion (not sledgehammer practices) of ethics guidelines to safeguard the media's reputation.

"Whether it is an online media platform known for cat gifs, or a dry newspaper focused on impressing the upper echelons of power - one common denominator is crucial for success: credibility," wrote Mina Al-Oraibi, a veteran Arab journalist and Yale World Fellow 2015.