Have TV show hosts, bloggers, activists and journalists gone too far in Lebanon or do they reflect the general mood by slamming public officials and their relatives seen as abusing power and dipping into government funds?

Satirists and caricaturists have been relentless in their criticism of thin-skinned and vindictive Lebanese officials and their progeny.

"Yes to freedom of expression*," reads the collective comment in a caricature from the mouths of a priest, a Muslim sheikh, a military man and a civilian leader. The asterisk refers to the exceptions.

Screen shot of exceptions to freedom of expression

"Except for attacks on the state, God, the Prophet Mohammed, Jesus Christ, the president, good manners, the church, the Bible, the Koran, the martyrs, the resistance, the army and its chief, the Pope, the Custodian of the Two Holy Mosques (the Saudi king), the prophets, national unity, the civil war, sectarianism, friendly nations, the mufti (the highest Muslim authority), the patriarch, the prime minister, the parliamentary speaker, historians, the Palestinian refugee camps, and eaters of hommos," the joke goes.

But it's no laughing matter to Lebanese free speech defenders.

How far can they go, without ruffling feathers, breaking the law, and landing in hot water?

It's an unavoidable question given recent shows and blogposts targeting the son of Lebanese President Michel Sleiman, former cabinet minister Panos Mandjian, and countless others that Lebanese love to hate. 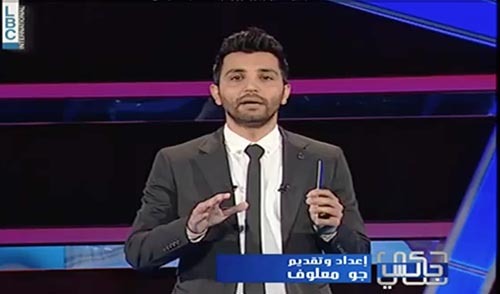 Maalouf sharply contrasted the younger Sleiman, who he depicted as a spoiled brat, with the son of Dubai's ruler and the emirate's crown prince, Sheikh Hamdan bin Mohamad bin Rashid Al Maktoum (@faz3 on Twitter), who he characterized as a hard-working official serving his people despite his enormous wealth. 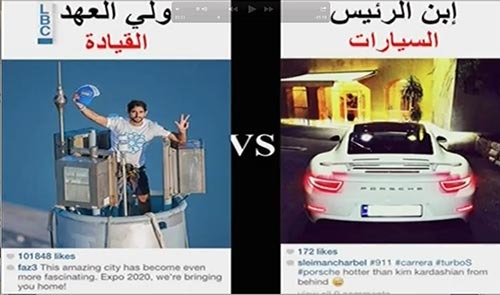 Screen shot of contrast between Sheikh Hamdan and Charbel Sleiman

Sleiman is a physician who Maalouf took to task for publicly displaying online his expensive (and some may say questionable) caprices and asked where the money had come from to underwrite very pricey acquisitions while almost half the Lebanese population was under the poverty line.

Lebanon's media laws penalize anyone slandering public officials with varying jail sentences and monetary fines. They say nothing about targeting their children.

The print media law dates back to 1962 and broadcast legislation hasn't been revised since 1994, drawing ire and ridicule from journalists, free speech defenders and others.

Draft legislation to upgrade and update what's on the books has been languishing in parliament for at least three years.

In its 2013 annual report on press and cultural freedom in Lebanon, Syria, Jordan and Palestine, Lebanese watchdog Skeyes said aggression was left unpunished and censorship was back.

The alarming security situation in 2013 had a negative impact on media and cultural freedom in Lebanon. Media institutions and their employees were victims of multiple violations while covering explosions that rocked more than one region of the country as well as other clashes and protests.

The year 2013 also marked the return of censorship to Lebanon. Local and foreign movies and plays were banned. This renewal poses a threat to cultural growth after a significant decline in censorship in the previous year. Also, the Anti-Cybercrime and Intellectual Property Rights Bureau summoned several journalists and bloggers, compounding a general lack of clarity about the legal powers of this new unit at the Internal Security Forces (ISF).

The trigger: another instance of Lebanon's Anti-Cybercrime and Intellectual Property Rights Bureau raking activist/blogger Imad Bazzi over the coals for "slandering" a former cabinet minister whose bodyguards had reportedly roughed up a motorist and threatened him with weapons in a traffic altercation over who had the right of way. 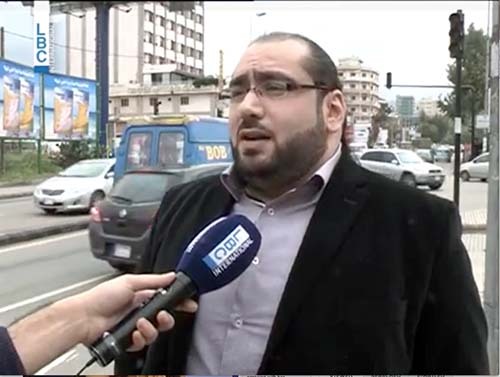 "Activist Imad Bazzi was released yesterday by the Anti-Cybercrime and Intellectual Property Rights Bureau only after he signed a surrealistic pledge akin to the state of madness that permeates this country," wrote deputy editor in chief Pierre Abi Saab.

He was referring to a statement Bazzi had penned promising not to physically assault then minister of state Panos Mandjian, his property, or his relatives, after the former had "insulted" the latter's manhood by pointing to his handlebar moustache as a symbol of gangsterism. 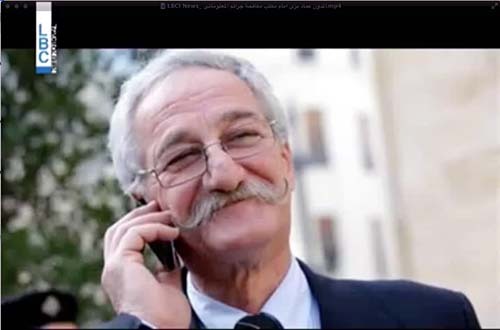 Bazzi, in a blogpost, wrote that, historically, moustaches were a sign of manhood but that with time had turned into a symbol of bullying and toying with people's lives.

"Your Excellency, shave your moustache, you're a disgrace to manhood and to handlebar moustaches. But you know what? It's not entirely your fault, it's the fault of whoever gave you the impression your time is more valuable than our lives," Bazzi said.

That led to the minister filing a lawsuit against the blogger.

The unrepentant Bazzi told LBCI TV he would do it again if a public official abused power to threaten innocent citizens.

When news of Bazzi being hauled in for interrogation got out, social media were abuzz with a rallying cry from other free speech activists and journalists: online media freedom is sacrosanct.

LBCI, which ran several stories on the Bazzi/Mandjian flap, went a step further that week by not airing its usual morning talk show and instead, following a satirical introduction that included Bazzi, went live with a dark screen to protest harassment of journalists and threats against the media. 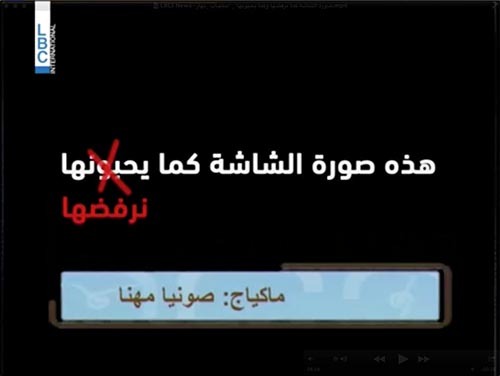 The bitingly funny seven-article law was a detailed list of what cannot be said but provided a few acceptable exceptions: parties, selfies on how famous people are in Lebanese society, the weather, traffic jams, and nagging about traffic cops.