TEL AVIV - As we pass the one-year anniversary since the announcement of ISIS's so-called "caliphate" demanding the allegiance of the world's Muslims and ultimately sovereignty over the entire world, much of the commentary has been far too ephemeral. The media has had a tendency to take whatever comes out immediately in the news -- such as the attack today in Sinai claimed by ISIS and its threat to Hamas in Gaza -- as indicative of long-term trends.

This is true both on the ISIS home fronts in Iraq and Syria and on the international stage as a number of official "province" (wilaya) affiliates have been announced in Sinai, Nigeria, Libya, Algeria, Yemen, Saudi Arabia, Afghanistan/Pakistan and, most recently it seems, the Caucasus area. In addition, the international export of the ISIS brand has recently seen a wave of ISIS-claimed (but not confirmed) massacres in Sinai, Kuwait and Tunisia.

Illustrating the problem of the tendency to jump on developments as they come are the various proclamations that ISIS is either winning or losing in Iraq and Syria. For instance, the claim that ISIS is winning/on the march was renewed in the wake of ISIS's capture of Iraq's Anbar provincial capital of Ramadi and various towns in the Syrian Homs desert, including the ancient locality of Palmyra/Tadmur.

"ISIS is neither winning nor losing. Like any long war, there is much ebb and flow."

What such a generalized assessment fails to take into account is some broader context: first, as emerged from documentary evidence circulating on the ground since the end of April, ISIS leader Baghdadi had ordered a mobilization in the Syrian provinces to reinforce the fighting fronts in Anbar and Salah ad-Din provinces, particularly calling for would-be suicide bombers and operative commandoes. Unsurprisingly then, a wave of suicide bombings proved key in throwing Iraqi forces in Ramadi into disarray. Second, the Assad regime loss of towns in the Homs desert reflects more its own forces' weakness than ISIS's strength, as the regime has also lost other peripheral areas in the south on and near the border with Jordan and in the north in Idlib province to an assortment of Syrian rebel forces.

However, while ISIS could mobilize forces in Syria to reinforce fighting fronts in Iraq, it logically follows that ISIS can only focus on so many fronts at once. At the same time, largely unnoticed was the Syrian Kurdish YPG's push with coalition air support towards the key northern border town of Tel Abyad, which ISIS has now lost. Further, ISIS attempted to keep up momentum by launching a new offensive in the north Aleppo countryside in late May, aiming to retake its one-time "Emirate of Azaz" that it strategically withdrew from in February 2014. However, that offensive has largely stalled as various rebel groups, including al Qaeda affiliate Jabhat al-Nusra, mobilized reinforcements to halt further ISIS advances, leading ISIS to resort to economic siege by preventing trucks carrying fuel extracted from ISIS-held areas from entering rebel zones.

The picture that thus emerges is an organization that is neither winning nor losing: rather, like any long war, there is much ebb and flow. Yet some constants have definitely become clear. Most notably, in the heartland of ISIS territories, including major cities like Mosul and Raqqa, there is a lack of local opposition to fundamentally undermine its rule, and that dynamic is highly unlikely to change for the foreseeable future. In part, this is because of ISIS's comprehensive state presentation and bureaucratic structure that bring a sense of order amid years of chaos. The internal security apparatus and intelligence gathering is also rigid, being able to suppress signs of rebellion within ISIS's own ranks and playing members of the same tribe against each other, helping to suppress a repetition of the "Sahwa" phenomenon that rolled back ISIS's predecessor, the Islamic State of Iraq in the Iraq War.

"The list of countries where ISIS now has officially claimed affiliates may seem impressive at first sight, but in truth, the growth of the ISIS brand has been greatly exaggerated."

Linked to the state presentation is the problem of ISIS financing. Since ISIS assumes all aspects of a state, from education to services, there are plenty of avenues for income beyond oil and gas infrastructure and antiquities smuggling: foremost in taxes, ranging from school registration fees to garbage disposal and landline phone subscriptions. This is by far the most important revenue for ISIS, and thus the state presentation, while needing critical analysis, also needs to be taken more seriously in this context.

Airstrikes on oil infrastructure have not critically undermined ISIS finances, as ISIS has simply responded by raising taxes in various parts of its territories. The problem is compounded by the fact that ISIS territories do not exist in isolation from their wider milieu. People in rebel-held areas, for example, readily do business in ISIS territory, finding the security situation there ideal, as one contact in Azaz put it to me. This prevents the drying up of the cash flow in ISIS-held areas.

In short, don't bet on a collapse-from-within of ISIS in Iraq and Syria. But what of ISIS on the international stage and its competition with al Qaeda for leadership of the global jihad? The list of countries where ISIS now has officially claimed affiliates may seem impressive at first sight, but in truth, the growth of the ISIS brand has been greatly exaggerated. Since ISIS presents itself as a state, true success in measuring the ISIS affiliates abroad depends on the emergence of a state structure on the model of governance in Iraq and Syria, embodied in the various Diwans (state departments) of ISIS. Only two known locations outside Iraq and Syria have seen ISIS affiliates replicate this structure to a reliable degree: the cities of Sirte and Derna in Libya.

"ISIS as a brand is here to stay with us for the long-term, but it does not constitute an existential threat, nor is it a mighty juggernaut."

However, already that structure in Derna has been virtually dismantled by other rebel factions in the city that became fed up with the ISIS presence. That should say a lot about ISIS as a brand abroad, where it is more accurate to see it as a terrorist threat, but nowhere nearly as entrenched as in Iraq and Syria. Indeed, that should not come as much of a surprise: ISIS does not have the same organic roots and financial means in areas outside Syria and Iraq.

None of this is to downplay ISIS as a problem inside and beyond Iraq and Syria. But overall, some sober perspective is needed when one can fall for ISIS's impressive media strategies to garner attention. ISIS as a brand is here to stay with us for the long-term, but it does not constitute an existential threat, nor is it a mighty juggernaut.

Dear Media: ISIS Is Neither Winning nor Losing Despite the Sinai Attack and Others It Claims
Palmyra falls to ISIS 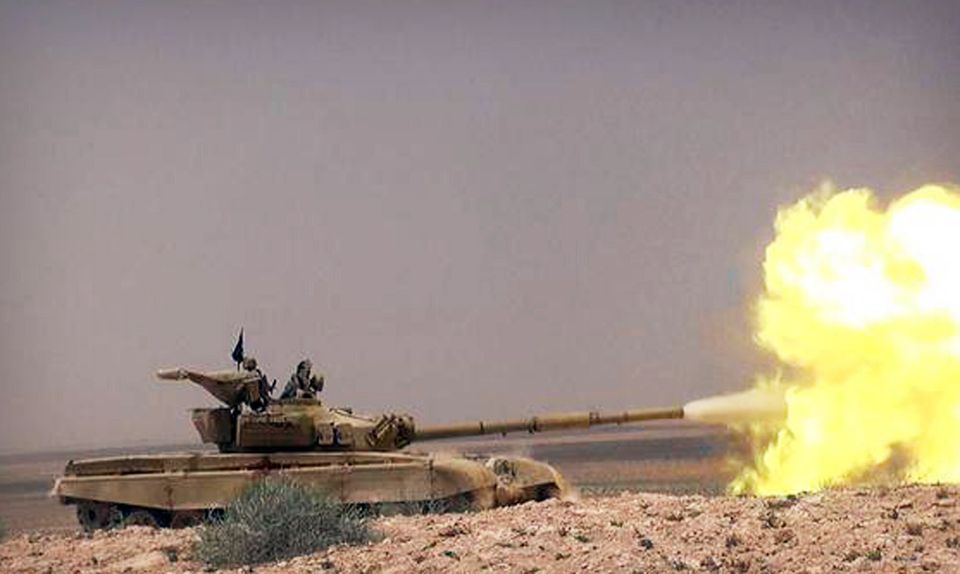