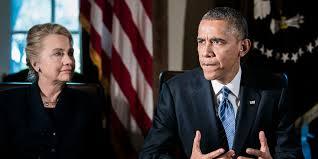 Pam Vogel is the education program director of the nonprofit Media Matters. She has been with Media Matters since August 2015. Her previous experience includes four months in 2014 as an intern in the office of Vice President Joe Biden. For another six months in 2014, Vogel interned at the Clinton Foundation. Vogel graduated from Whitesboro High School (NY) in 2008; Vasser College in 2012, and Teachers College in 2014.

On April 27, 2016, Vogel published this piece for Media Matters, entitled, "Here Are The Corporations And Right-Wing Funders Backing The Education Reform Movement: A Guide To The Funders Behind A Tangled Network Of Advocacy, Research, Media, And Profiteering That's Taking Over Public Education."

Now, from the title, it sounds like Vogel's piece is exhaustive -- "a guide to the funders." However, as one continues reading, one finds this summation:

Media Matters outlines the many overlapping connections in an echo chamber of education privatization advocacy groups, think tanks, and media outlets that are increasingly funded by a handful of conservative billionaires and for-profit education companies -- often without proper disclosure.

Also remarkable is that Vogel includes the Thomas B. Fordham Foundation, which has received to date $2.6 million from the Gates Foundation just to remain in existence (i.e., for "general operating support"). She also includes Stand for Children (to date, $17 million from Gates). Still, Vogel omits Gates.

What else is noteworthy is that Vogel includes Campbell Brown's The 74 but omits Peter Cunningham's Education Post (which is really Results in Education Foundation, or RIEF). These two peas share a pod, with Ed Post carrying articles originally from The 74 and The 74 offering the disclaimer, "Disclosure: The 74 sometimes partners with Education Post to share content."

The 74's funders include the Walton Foundation and Bloomberg Philanthropies, same as RIEF-uh- Ed Post.

In Vogel's report, The 74 is shamed and Ed Post escapes.

In addition, Vogel makes no mention of the corporate reform money and proselyte funnel, Teach for America (TFA), which is Walton-Broad-Gates-funded ($5 million from Walton in 2015; between $1 million and $5 million from Broad in 2015, and $761,000 from Gates in 2015- and $11 million from Gates since 2007), nor does she mention the election-purchasing Democrats for Education Reform (DFER).

Why omit the likes of Walton, Gates, Broad, Ed Post/RIEF, TFA, and DFER from a report that supposedly exposes the corporate reform agenda "increasingly funded by a handful of conservative billionaires..."?

Well. We already know that Vogel is connected to both the Clintons and the Obama administration. And therein lies the answer.

Media Matters is a nonprofit chaired by David Brock, who happens to be Hillary Clinton's controversial campaign manager. Here's a bit of the Brock-antagonized, Clinton campaign controversy:

Despite vocally advocating for campaign finance reform, Ms. Clinton has received millions of dollars in contributions through her joint super PAC with the Democratic National Committee--the Hillary Victory Fund--and several other super PACs lobbying on her behalf. One of them, the American Democracy Legal Fund (ADLF), had the audacity to file three ethics complaints with the Federal Election Commission alleging Mr. Sanders--who does not have a super PAC--received too much money from individual donors, and accused the National Nurses Union of operating as a super PAC.

The ADLF is run by Brad Woodhouse, president of the pro-Hillary Clinton super PAC, Correct The Record. Mr. Brock is the founder of ADLF, and is also involved with Correct the Record as well as another Clinton super PAC, American Bridge--where he simultaneously advises Ms. Clinton's campaign and helps their super PACs raise millions of dollars from wealthy contributors.

And still, Brock runs Media Matters, which advertises the following mission on its 2013 990 tax form:

Media Matters for America is a web-based not-for-profit progressive research and information center dedicated to comprehensively monitoring, analyzing and correcting conservative misinformation in the US media...

Media Matters for America works to notify activists, journalists, pundits and the general public about instances of misinformation, providing them with the resources to rebut false claims and take direct action against offending media institutions.

Hmm. I guess in trying to pass its April 27, 2016, slanted funders report as trustworthy, Media Matters needs to write a report about themselves and the Don't Connect to Obama or Clinton game they play with that "many connections" half truth.

Media Matters also plays a game by tossing in the term "conservative misinformation." When it comes to privatizing reform, there is little distinction between the liberal- and conservative-billionaire cash toss.

But there are reasons why the Vogel report glaringly omits mention of Gates, Walton, Broad, DFER, and Ed Post, and it has to do with the White House- both who is there now and who hopes to be there soon.

Obama and Clinton, respectively. Both Democrats.

In February 2016, Alice Walton donated $353,400 to Hillary Clinton's presidential campaign. And why not? Hillary Clinton served on the Walmart board from 1986 to 1992. (Sam Walton was under pressure to put a woman on the board of the Arkansas-based company, and Bill Clinton was governor, and Clinton's wife was a lawyer, and she was a woman....)

Though Clinton apparently returned $5,000 in Walton super PAC money in 2005, in 2016, she seems fine with accepting Alice Walton's contribution. Still, Clinton does not publicly disclose her Republican, anti-union, Walton history.

After Bill Clinton reassured Eli Broad in late 2015 that Hillary really does support charter schools, Broad opened his wallet to a Clinton-friendly super PAC. (Hillary Clinton was once Broad's lawyer.) It seems that this reassurance also brought DFER on board as a Hillary Clinton supporter.

Another notable Clinton supporter is the Chicago-based Pritzker family. The Pritzkers are connected to Obama; Penny Pritzker is now part of the Obama administration:

For the past two years, Ms. Pritzker served the Obama Administration as a member of the President's Economic Recovery Advisory Board which formulated and evaluated economic policy. She was National Finance Chair of the Barack Obama for President campaign and co-chair of the 2009 Presidential Inaugural Committee.

The Pritzker Group has contributed $2.8 million to the Hillary Clinton campaign. Given that Ed Post is really the nonprofit RIEF, and given that RIEF has many ties to Obama's White House (including that Pritzker connection via one of RIEF's funders), it seems only right that Ed Post should be excluded from that Vogel report.

As for Vogel's TFA omission: How could she include a corporate reform incubator to which Obama himself sent a congratulatory message during the TFA 25th Anniversary shindig? Here's an excerpt:

Wendy [Kopp]'s dream to get great teachers into our classrooms has fundamentally changed our country.

So, there we have it:

Media Matters: Selectively exposing corporate reform while trying not to implicate or offend the current or potentially-future Democratic White House.