In a 2012 study conducted by the Substance Abuse and Mental Health Services Administration, teen girls aged 12 - 17 have depression rates up to three times higher than teenage boys. No wonder. As a 13-year-old teen girl, I have experienced firsthand how society has told me that I need to be beautiful, and that to do so, I need to wear makeup, be skinny and shave my legs. It is clear to me that the media heavily affects the way teen girls perceive their own beauty and self-worth.

According to Renee Hobbs, EdD, professor of communications at the Harrington School of Communication and Media at the University of Rhode Island, the average girl has about 180 minutes of media exposure every day, and recently, an anonymous photo retoucher has come out saying that every single advertising image is modified. Those touched up images show idealized notions of beauty rather than real women.

In a shocking 2012 video called Body Evolution, an au natural model is taken through the process of being made media-ready by having her hair, make-up done before even her body is grossly altered through Photoshop. By the end of the process, the woman looks completely different, with perfect skin, hair, elongated limbs and slimmed-down torso.

Media-manipulated images teach girls like me that we must be skinny. While there's nothing wrong with being slender, the problem is that it has become the norm. It's important to remember that being healthy and being skinny do not mean the same thing. Actually, in a study published in the European Heart Journal, researchers have shown that while overweight and obese people were found to be at no greater risk of dying from cancer or heart disease than normal weight people, and may even be healthier than thin people depending on their levels of fitness. Sadly, teens aren't told about this: 88 percent of teen girls have a negative view of their bodies and 58 percent of teen girls want to lose weight. 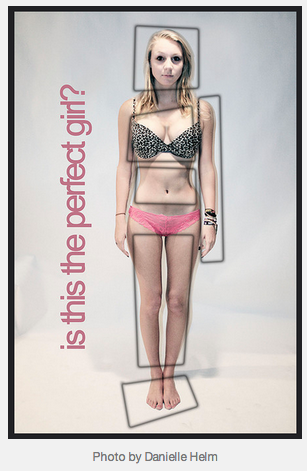 Being a teen girl, I see the impact that the media has on my friends and a lot of girls' self-confidence. We feel fat, jealous and sad because of the disgusting marketing tools companies use to show us drop-dead "gorgeous" women. They want us to feel bad about the way we look so that we'll buy their products to look and feel better. They tell us that we're all beautiful, but that we need just a little help. Tell me, why is being beautiful so important? Why isn't the media trying to sell us products to make us kinder? Wouldn't that be something?

According to the Girl Scout Research Institute, 9 in 10 girls feel that the media and fashion industries are placing a lot of pressure on teen girls to be skinny. What is unconscionable is that 81 percent of us girls would rather see natural photos of women, rather than the ones touched up. Maybe the media should start listening to what we want and give us what we need rather than force-feed us images that contribute to 31 percent of us starving ourselves or refusing to eat so that we, too, can look like supermodels.

75 percent of girls say that fashion is important. But I, for one, actually want to be sold cool clothes without also being sold the idea that I need to be skinny, with perfect hair, long legs and tanned skin.

The media and fashion industry's horrible methods won't go away any time soon, but that doesn't mean that girls like me can't start strategizing on ways to fix this problem. Like any important issue, we must first educate ourselves and others, and hold society accountable for contributing to eating disorders, body dysmorphia and the notion that if we aren't beautiful, we're worthless.

I'm a pretty confident person, but there have been times when I've felt insecure about the way I look. Education can start with teens like me, but I want adults to also start partnering problems with solutions. Because at the end of the day, chances are good that your daughter might be one of 89 percent of girls who feels bad about how she looks. 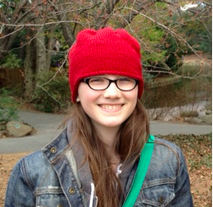 Anevay Darlington is the Online Content Editor of Teen Writing for The Advice Project. She is also a student, writer and cellist living in New York. This piece was originally posted by Melissa Banigan on The Advice Project, an organization committed to amplifying the voices of teen girls and women from around the world.