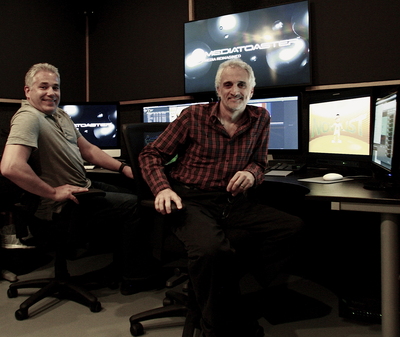 Media Toaster is a brand new, Burbank-based facility, specializing in innovative and proprietary filmed entertainment content delivery and post production technology. Chief Technical Officer, Michael Meis, helms the company's technical operations working alongside Director of Post Production, Mike DeFusco. Both have a long history in the area of content delivery, working on recent television projects that include The Walking Dead, Black Sails, Power and Spartacus as well as features that include Killing Me Softly, Evil Dead and the Halloween franchise. Often referred to as "The Mikes," they are the core of the Media Toaster team and have been working together for over twenty years at world class facilities as well as major Hollywood film studios.

Mike Ragogna: Mike, how does Media Toaster function differently than other Post houses?

Michael Meis: I believe it's two things. First, we don't see ourselves as a post house per se, but rather as a tech center combining our past experience and current technologies to create innovative, proprietary processes with the goal of saving our clients time and money. Secondly, the people who had the initial vision for Media Toaster have a long history in both production and post-production, so I see it as a perfect marriage of the two. It's a place where a project can, in the truest sense, be overseen, from start to finish.

MR: How did you come up with the idea for what you're calling a "Qi File"?

MM: The Quality Interactive File was a direct result of us asking different clients about bottlenecks in their workflows. Over and over, we heard that the gap between point-A -- where they were -- and point-B -- where they needed to be -- was the QC and approval process, which is typically being done much in the same way it has since the 20th Century. Setbacks occur when clients can't make clear decisions on whether to pass or fail items since, often, there is not a high quality representation from which to readily ascertain issues. One of my clients commented that they would have to drive across town and be charged to use a room with an operator to see the issues that could not be clearly assessed from their office. Our answer, the Qi File, does away with these obstacles by embedding an entire QC report directly into an HD file that can be viewed on the client's computer or mobile device. We have further streamlined the process by creating a Client Virtual Desktop where our clients can securely access their files directly off our production server, which in turn saves even more time.

MR: Also what is a Monster File and how does it function?

MM: Most companies use old, antiquated methods of archival and delivery by either keeping a vast amount of physical tapes in a vault on the premises or having multiple file structures of the same title, the only difference being different languages or aspect ratios. Our Monster File can hold a limitless number of audio and video channels, which then is used as a hub for worldwide delivery, irrespective of specs or broadcast standards, in an extremely timely manner.

MR: How does the Monster File differ from what other facilities are using for file archiving and delivery?

MM: Our Monster File workflow has a few advantages. The first is that our video spec of choice is Apple ProRes XQ 4444 which is a standard that is already being used all over the world. In this spec we can utilize 4K image resolution efficiently and easily maintain all audio configurations. Also this format has much more support for speed and efficiency when versioning to other broadcast specs. The second advantage is that the file structure that we choose for archiving is readily adaptable inside our use of high-end Macintosh computer systems. This power advantage gives an upper hand over other archiving file structures, such as J2K files.

MR: How do you see Media Toaster poised in the midst of an ever-changing industry?

MM: One of the things that really sold us on Media Toaster was that from the very onset, we were able to have complete input concerning the technical infrastructure of the facility. Since we have a depth of knowledge regarding the clients needs, understanding the technology and are hands-on with the equipment every day, we were able to design a truly state of the art facility that is high-tech and user friendly. Designing from ground up we used high speed fiber and 10Gb Ethernet connections throughout, allowing us a speedy way of moving data around our facility and a fast reliable global reach. Our facility has started out with a technology base for broadcast production and world-wide distribution, but has grown to utilize our audio suite capabilities for voiceovers, ADR, Foley, sound finishing and DCP workflows. As a result, it's given us an ability to reach further into new client demands.

Maybe our greatest asset is that our core group has worked together for many years, some of us go back two decades together. We have worked on literally thousands of projects, for many varied clients and studios. We have coalesced a team around us, that in my 27 years of experience is unsurpassed.

I truly believe that this changing media landscape creates an ideal place for a company such as Media Toaster. Low overhead, smart people and the passion to do great work. It really is a great combination. 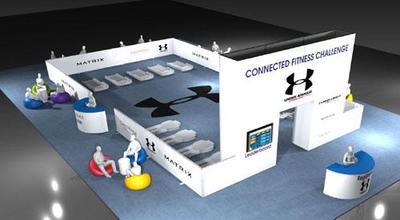 According to Drishti Beats...

"Now that the video has premiered on The Huffington Post's entertainment page, we would love to announce that Drishti Beats has been invited to CTIA Expo--the biggest wireless technology conference in the world -- on September 9th through 11th. This is the first time in the history of CTIA that a yoga practice will be integrated into the conference. Fitness and technology have never been so closely linked as they are now. Drishti Beats are on the forefront of bringing traditional Yoga practice with contemporary music and cutting edge technology to a holistic and beneficial experience for all who participate.

"This will be a connected yoga experience combining such leading brands as Under Armour, Atlas Wearables, FitSense, IndieHealth, Polar, Withings, DotFIT and more. Attendees have an opportunity to participate in this groundbreaking experience. We have reserved a limited number of yoga mats for media to participate in the practice and/or meet with the team behind Drishti Beats. No experience required."

Here is the featured video "Time Flies" from yesterday's post...