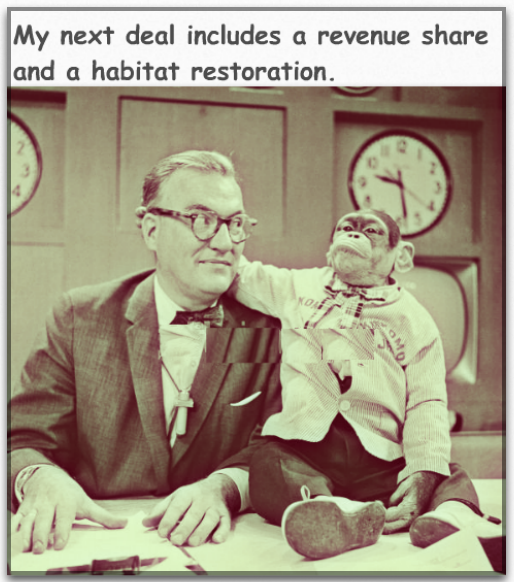 From Rin Tin Tin to Dogs Against Romney, the media continues to grapple with the triple-A juggernaut of animals, anthropomorphism and activism.

Recently, we may have hit a new stride.

And for anyone who has ever asked herself, "If there are millions of animal species on Earth, why are there only cute cats on YouTube?" or "Is creationism an intelligently designed trick to keep animals down?" or "Can I trade my sheep on FarmVille for love potion?" there are more new media outlets than ever to engage with our animal passions.

"We are at the beginning of a social movement towards greater compassion and consciousness about the roles and moral significance of animals," says producer Liz Marshall, whose cross-media project "The Ghosts in our Machine" spotlights these themes and is part of this tipping point.

Animals are the 21st century conversation, says Marshall. "Even five years ago in the public, celebrity and media culture we were just not as interested. Today we see it with everything from best-selling books to media awards."

"The Ghosts in our Machine" will air on CBC's Documentary channel in 2013 and has already launched a robust community website that aims to bridge the gaps between animal lovers, animal welfare advocates and animal rights activists. The film will highlight specific animals living inside or rescued from the machines of our modern world, in particular from food, clothing, biomedical research and entertainment.

"Hidden within the shadows of industry are billions of animals used annually for human profit," says Marshall, who is part of an emerging cadre of media producers shining a bright light on this concealed reality.

Our fascination with animals, our natural biophilia and our insatiable consumption make for complex storytelling, and for conflicted audiences.

This is the double bind of the zoo and aquarium entertainment sector, which needs us to appreciate wild things but needs to stop us from identifying with animals in case we shutter these organizations forever. As a consequence, every exhibit is more delicately balanced than a threatened ecosystem, walking the tightrope between "hey, check this out" and the animal equivalent of "don't ask, don't tell."

In the brilliant, no-holds barred "Chicken Out!" program, digital media producer and cruelty-free food campaigner Hugh Fearnley-Whittingstall gets audiences to more than just look, he transforms them into shareholder activists. His actions against supermarket chain Tesco resulted in crowd-sourced funding to influence the company's board, and 20 percent of its investors, to transform its animal welfare practices. This ultimately represented 3.4B GBP-worth of the company demanding action on battery hens.

But even when audiences are not demanding action, action has its own ways of raising a little hell. Recognizing that the world dopes out on cat videos while other species go extinct, Forever Wild just launched an innovative campaign to address rhino poaching. Through YouTube "interventions," the non-profit's ad agency Ogilvy hijacked 60 of the most popular viral videos, remixing them with images of cruelty to rhinos, uploading them as Trojan Horses for today's willfully inane. The intention was to get people to face the uncomfortable reality of how they spend their time online while increasing petition signatures -- and it worked, garnering more than 300,000 views and a 400 percent increase in signatories.

Animal media activism has the power to change more than hearts and minds. It can also change laws. Writer and Producer Tim Prokop credits his documentary War Dogs -- America's Forgotten Heroes with a resolution passed into law in 2010 by the U.S. House of Representatives that reclassifies dogs from "equipment" to "combatants".

"Their service is honored... meaning that they will return," says Prokop. "The adage never leave a man behind now also extends to the dogs keeping those same men alive."

Narrated by Martin Sheen and broadcast by Discovery and National Geographic in more than 20 countries, this older documentary features military dogs that served during the Vietnam War and saved more than 50,000 casualties. "In reality the figure is much higher because the primary role for the dogs was to prevent bad things from happening and they weren't counting the ambushes that were avoided or the booby traps and mines that the canines detected," says Prokop, noting that his film's depiction of the bond between soldiers and their animal saviors unleashed an outcry that led to the new law.

It also let loose the whole new trend in K9 shows that keeps many animal broadcasters in perpetual deluxe kibble. Beyond basic rights and freedoms, will some animals now claw back well-deserved royalties, residuals and rev-shares?

First things first. Earlier this week at the American Association for the Advancement of Science experts discussed personhood rights for whales and dolphins, based on cultural and cognitive abilities (the cetaceans' not the scientists'). This captured imaginations and built on public sentiment following the theatrical release of "Big Miracle", the Hollywood movie based on the book Freeing the Whales: How the Media Created the World's Greatest Non-Event.

What might be the consequences of personhood for animals such as whales, elephants and great apes? "It would give them certain rights and protections," says filmmaker Marshall. At a time when there are still so many human rights violations and where personhood is accorded to profit-machines, governments are obviously conflicted. But, notes Marshall, animal rights, environmental rights and human rights are all linked.

As we spend more time indoors, facing screens bright and dim, they may become our last windows into the wild -- and the mirrors for our dishonor, humanity and evolution.