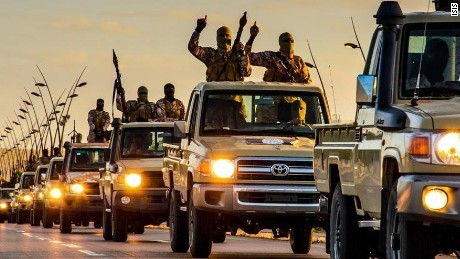 The global string of terrorist attacks linked to the Islamic State has broadened the War on Terror's debate over the past two years. Today, combating ISIS not only means fighting its core in Iraq and Syria, but also supporting US soldiers in Libya while supporting wars in Afghanistan, Pakistan, Bangladesh, Nigeria, and wherever else ISIS may be claiming attacks.

The reality isn't so straightforward. Though ISIS has claimed responsibility for the deaths of over 1,200 people in attacks in 21 countries outside of Iraq and Syria, larger terrorist organizations have arranged only a fraction of incidents labeled as ISIS attacks. Branches with a strong link to ISIS have claimed even fewer attacks.

In Afghanistan and Pakistan, the self-declared ISIS-Khorasan Province (ISIS-K) was accepted by ISIS in the Dabiq magazine, ISIS's main propaganda publication. American media widely cited the pledge as evidence of its link to ISIS central.

However, according to the Pentagon, "command and control and funding from core ISIL is limited" for ISIS's Afghanistan branch. Though BBC named ISIS-K's first leader, Mullah Abdul Rauf, as an ISIS commander, Rauf founded ISIS-K as an offshoot from the Taliban. Commanders had called for the split when they began to lose faith in the Taliban's leader, Mullah Muhammad Omar, with his long absences.

The media was even more careless with the July attack in Dhaka, Bangladesh. The New York Times labeled it as an attack directed, and not merely inspired, by ISIS. The NYT seems to have taken ISIS's claim of responsibility at face value even though Bangladeshi intelligence has pinned the blame on Jamaat-ul-Mujahideen Bangladesh (JMB). JMB has been "involved in 11 recent attacks" according to the Hindustan times.

Though JMB has pledged allegiance to the Islamic State, it has existed for nearly two decades--far longer than ISIS--and its attackers are focused on and from Bangladesh. Ending JMB is likely to have little impact on ISIS and vice versa.

This does not mean that ISIS in Iraq and Syria does not have substantial international connections. The Islamic State's Libya branch's first leader, Abu Nabil al-Anbari, spent time in Abu Gharib prison for his support of ISIS in Iraq immediately after the country's 2003 invasion.

But ISIS's branches around the world presents a bewildering array of various alliances, rather than a plot with a single source in Iraq and Syria. The Islamic State--Sinai Province (ISIS-IP), which took down a Russian airline in late 2015, presents the epitome of this puzzle. Though it may have received funding from ISIS central, individual ISIS-IP cells remain loyal to Al-Qaeda, which has condemned the Islamic State's brutality multiple times.

The media is essentially lying to the public when it claims that the Islamic State now operates in "18 countries." By imagining an expanded influence of ISIS, they are consistently overlooking the challenges unique to each nation that faces armed rebels. According to them, ISIS is the source of all war. More war is the solution, not the corruption and human rights violations that incite people to battle their inept governments.

If anything, this misleading narrative is merely playing into ISIS's propaganda, making all bombings relevant to ISIS regardless of whether they would have occurred without ISIS. It even undermines peace efforts outside of the Middle East as combat takes the center stage over the real origins of terrorism: corruption, human rights violations, and horrific discrimination against minorities.

So long as the media refuses to recognize Jamaat ul-Mujahideen, Boko Haram, ISIS-Khorasan, and dozens of other groups as separate, the legacy of the press's simplifications will be endless war, not public accountability.