The Compassionate Care Act was signed into law in July. So why is it that people are not able to access medical marijuana (MMJ)? And how will it work? 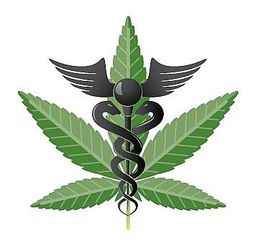 The bill is filled with compromises. This means that many, many concessions were made so that the law would pass. When the bill was passed it stated that New York had up to 18 months to begin accessing cannabis. What are those concessions, you might ask, and who will be able to access medical marijuana?

• There are 10 diseases that allow people to access cannabis. They are HIV/AIDS, cancer, Lou Gehrig's disease (ALS), Parkinson's disease, multiple sclerosis, damage to the nervous tissue of the spinal cord with objective neurological indication of intractable spasticity, epilepsy, inflammatory bowel disease, neuropathies and Huntington's disease. Many diseases that could benefit are not on this list. The draft regulations released last week do not provide provisions on expert advisors to suggest best practices that are proven effective. These experts should serve to provide consultation on other diagnoses and other best practices.

• Insurance does not cover medical marijuana. Neither the law nor the draft regulations law have provisions on how households with low income will be able to pay for MMJ. There needs to be access for all people not just those wealthy enough to afford it. This is not a luxury.

• Only some of the plant will be turned into extracts. Whole-plant access has been banned. Some of the diseases posted above need whole-plant access and various strains of the plant to get relief from their symptoms. This will greatly limit the effect of the medicine. (Shabat, Shimon, et al. "An entourage effect: inactive endogenous fatty acid glycerol esters enhance 2-arachidonoyl-glycerol cannabinoid activity." European journal of pharmacology 353.1 (1998): 23-31.)

• New York State has 56,544 square miles. There will only be 20 dispensaries when the medicine becomes available. This means that some people (or their caregivers) may have to travel several hours to access MMJ. This is quite a burden to place on people dealing with severe health challenges.

• Only MDs will be allowed to recommend medical marijuana. This means doctors of osteopathy (DOs), nurse practitioners (NPs), and physician assistants (PAs), all of whom often write prescriptions, will be unable to do so.

Now is the time to help correct these issues. A set of draft regulations has been published and can be accessed here. We are now in a period where the public can post comments about the regulations. You can help make good appropriate changes to improve this bill. The comment period will end in mid-February. Please take action today.