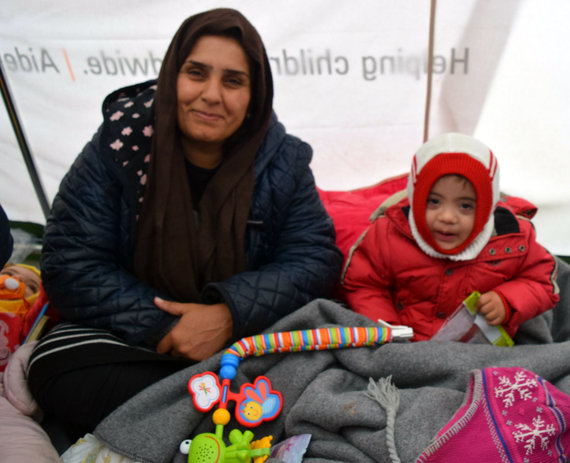 Sitting next to his mother on a pile of blankets scattered on the floor, the three-year-old boy with Down Syndrome was playing and laughing happily. They were resting in a heated tent provided by one of the nonprofits in Tabanovce, a transit center at the Macedonian-Serbian border. She was encouraging him along, trying to create a rare moment of childhood normality on their strenuous travel to Western Europe. A few other family members, including the woman's eldest daughter, surrounded them, while two teenage boys slept nearby, bundled up in clothes and covers to create an illusion of warmth.

The family soon had to continue the four-kilometer journey to Serbia on foot, as the Macedonian government did not provide transportation assistance. The woman was friendly and, while she couldn't speak English, we were nevertheless able to communicate, with the help of a South African volunteer who knew some Arabic.

The family was from Damascus, Syria. She had decided to flee from her husband's domestic abuse and took her children with her to prevent them from becoming his perpetual victims. In a fortuitous move for her youngest child, the family had left before ISIS issued in mid-December 2015 a fatwa to kill babies with Down Syndrome. The terrorist group announced that it had executive 38 babies born with disabilities in Syria and Mosul through lethal injections or suffocation. It also claimed that children with Down syndrome are born to 'foreign fighters,' who married Iraqi, Syrian and Asian women. 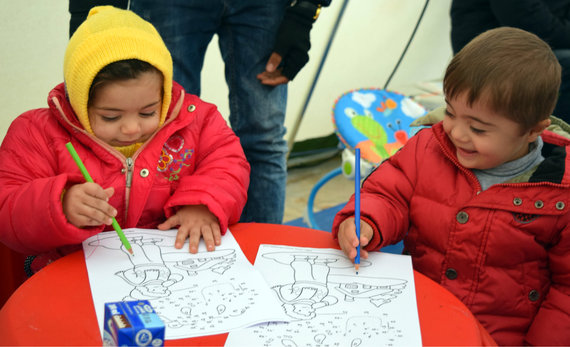 In moving to Europe, the Syrian family wanted a safer future for the child as well as an environment, where he would face less discrimination and would have access to the type of medical support that his condition required. It was easy to tell that he was loved and sheltered by his family, whose members were constantly making sure that he was smiling and playing, taking turns to keep an eye on him.

During the two days spent in Tabanovce, I met numerous medical refugees, who were fleeing to Western Europe, in desperate search of the medical support that they otherwise couldn't access in their home countries.

Most came from countries where the healthcare system is in shambles. Conflict-torn Afghanistan's medical system is cited by the World Health Organization as one still recovering from decades of neglect and lack of adequate funding. The country is facing a chronic shortage of knowledgeable health staff, working in ramshackle facilities scattered unevenly around the country. Syria and Iraq are facing similar problems.

This added a new layer to the diversity of people traveling to Europe and their needs, as they are often portrayed by European politicians and media outlets only as young men seeking employment opportunities or social benefits in Western Europe. However, it also begged the question of whether or not the medical system in the European Union, currently facing fundamental problems in many Member States, would be able to cover these individuals' health needs, without jeopardizing European citizens' access to treatment.

An Afghani married couple were traveling for their only child, a three-year-old girl suffering from leukemia, in an effort to access the treatment that she needed to survive. The mother, who spoke good English, requested to be referred to the Red Cross doctors, as she wanted to give blood transfusions to her daughter, who was weakened by both the demanding travel conditions and the decreased attention to her needs since being on the move. The mother could perform the blood transfusion, as they had the same blood type. The camp doctors did not possess the equipment needed to make the blood transfer on-site, but recommended going by ambulance to a hospital in Skopje, Macedonia's capital, situated an hour away from the center. 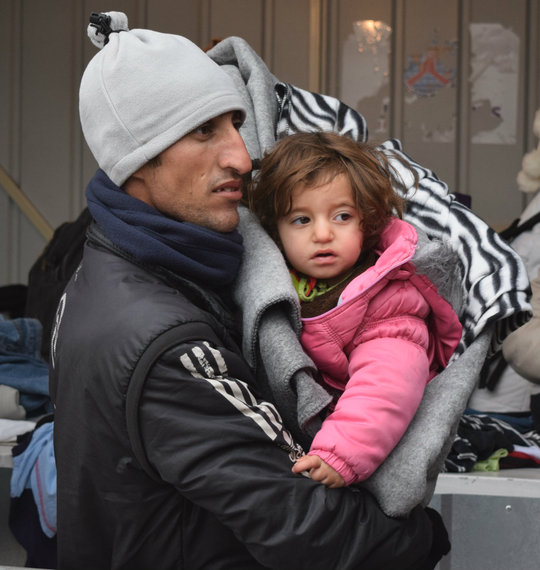 After deliberating with her husband for several hours, the woman decided to continue the journey to Serbia, where she said they would stop to take care of the transfusions. They wanted to leave before sunset to avoid the dangers of traveling at night and be in the company of their friends, rather than remain behind by themselves.

An Iraqi man going to Germany hoped to get a prosthetic leg to replace the one that he had lost during an ISIS-bombing at his place of worship. He was an Yazidi, an ancient religion, which integrates elements of Islam with Zoroastrianism, Persia's ancient religion, and Mithraism, a religion originating from the Eastern Mediterranean.

Misunderstood and targeted for centuries as devil worshipers, the Yazidis have more recently become a target of ISIS, determined to wipe them out. The man that I talked considered himself fortunate to have survived the ISIS-bombing that destroyed his leg, as many others lost their lives. He decided to leave the country, even though he realized that the trek would be even more difficult than for most. He had chosen Germany as his country of destination, because one of his sisters had been living there for the past 15 years. He was hoping that there, he would not only be able to practice his religion freely, but would rebuild his life with the prosthetic leg.

While the medical refugees' plight is comprehensible, are European countries able and willing to cover these health costs, which could be rather substantial? In 2014, French doctors in Lyon accused refugees and migrants for coming to France to intentionally exploit the country's medical system, stressing that the national budget for healthcare was not limitless.

The French physicians' position is indicative of the growing hostility toward these groups of people, who are frequently depicted as coming to plunder Europe's resources, including its medical system. Although the doctors' accusation of exploitation from people with life-threatening conditions is discriminatory and untenable, their concern about funding is nevertheless valid. In a Europe, where the population is aging rapidly, the decreasing number of active workers, who through taxation are the main contributors to the healthcare system, could mean insufficient resources to even adequately cover the healthcare costs of retirees.

Medical reforms are under way or sought after in many European countries, with the potential of improving access for asylum seekers and migrants as well. Finding ways for the latter to contribute to the healthcare system could become part of a long-term solution.