With the cost of health care continuing to soar, more older Americans are exploring medical tourism -- that is, going abroad for medical treatment.

The term "medical tourism" might be a bit of a misnomer -- often a traveler's focus is solely on obtaining health care as opposed to seeing the sights of a foreign city -- but it's often used to describe a trip for medical treatment outside the home country. The Huffington Post has been exploring some growth in medical-related travel , finding that some 600,00 people are expected to travel abroad for this purpose in 2012 versus an estimated 180,000 in 2007, according to Josef Woodman, CEO of Patients Beyond Borders, which provides information on medical tourism for consumers and no-fee consultations for hospitals.

In a 2007 report examining medical tourism, the American Medical Association frowned on the practice of health insurance companies granting incentives and went as far as seeking legislation "to prevent insurance companies from incentivizing subscribers in this country to have to go overseas for medical treatment that could be provided locally.”

"It is imperative that travel for medical care outside the US be voluntary," the report stated. The AMA warned of the risks associated with the practice. In 2009, the American College of Surgeons followed suit, the Chicago Tribune reported.

Yet cost advantages continue to prompt patients and their companies to book tickets.

After disc pain led golf caddy Fred Schuler to rely on a wheelchair for two months in 2011, he traveled to India for a diskectomy.

Now having made a successful transition from relying on a wheelchair to returning to work in February, Schuler called his overseas operation "one of the best experiences I've gone through."

A longitudinal survey done by IndUSHealth, a medical-tourism provider for consumers and businesses, found similar satisfaction levels. In the company's survey of 479 American IndUSHealth clients who traveled abroad for major operations from January 2006 to January 2011, 73 percent reported zero complaints about their medical tourism experience.

The cost difference between a U.S. procedure as compared with one in a foreign country can't be denied. And with more American-trained doctors operating in some of these hospitals, the quality of care can be higher, asserted Rajesh Rao, IndUSHealth's CEO.

But anyone considering booking a flight to Bangalore for a medical tourism visit should weigh not only the potential savings (see the chart below for more cost comparisons by Patients Beyond Borders) but also a host of other concerns. (Click the link to zoom in for a better view.)

Comparative Costs of Major Procedures (as of August 2011)

A trip abroad might provide access to procedures not yet available in America. Even though the United States is a leader in medicine, some treatments and medicines are widely used abroad but not available in the States because of research constraints and a lack of Food and Drug Administration approval.

Or another country might have doctors more familiar with new, cutting-edge procedures: "It's about access to better expertise with people who have been doing it a bit longer," said Woodman of Patients Beyond Borders. When it comes to arranging for a new hip replacement technique, hip resurfacing, some might find it makes sense to have the procedure done in India rather than in the States, where the FDA only approved it a few years ago. "I would rather put my hips in the hands of someone who has done 600 to 700 of these things than 30 to 40 of them here in the United States," Woodman said.

Untested, experimental treatments can present drawbacks, said Dr. Douglas Lundy, an orthopedic trauma surgeon at Resurgens Orthpaedics in Atlanta. "The FDA does an amazing job of protecting the citizens of the United States," Lundy said. "It has blocked drugs that [people] started to [use] abroad" but that were later proved to be detrimental.

"There may be situations where there might be unexplained viruses," cautioned Rajesh Rao, CEO of IndUSHealth. While Rao downplayed the potential threat posed by superbugs -- antibiotic-resistant germs -- they can be a real concern for medical travelers.

Even though some might be tempted by the prospect of a cheaper surgery abroad, the old saying "You get what you pay for" can be dead on, Lundy said. "One of the big [concerns] is if you have a complication, if you develop an infection. If you have a knee replacement and it needs to be revised, it will cost you far more money in the long run than if you had done it here."

While Woodman claimed that many hospitals abroad "bend over backwards to make sure they don't have stories of procedures going bad with an international patient," patients who seek legal remedies to inadequate treatment might face difficulties because of bureaucratic hurdles, he said.

A situation in a foreign country that's unfamiliar can also make a recovering patient uncomfortable. A person raised in the States who is thoroughly used to a certain way of doing things won't necessarily find the same setup in another country, Lundy said. In IndUSHealth's survey, for the 27 percent who raised complaints, the top three concerns cited were food options, bed comfort and language barriers.

With these issues in mind, prospective medical tourists should be cautious and educate themselves. "Nobody faults anyone for shopping around," Lundy said. "The only thing you can do is similar to what you do in the [United States] -- research."

View the slideshow below for some questions to consider when weighing a medical trip abroad. 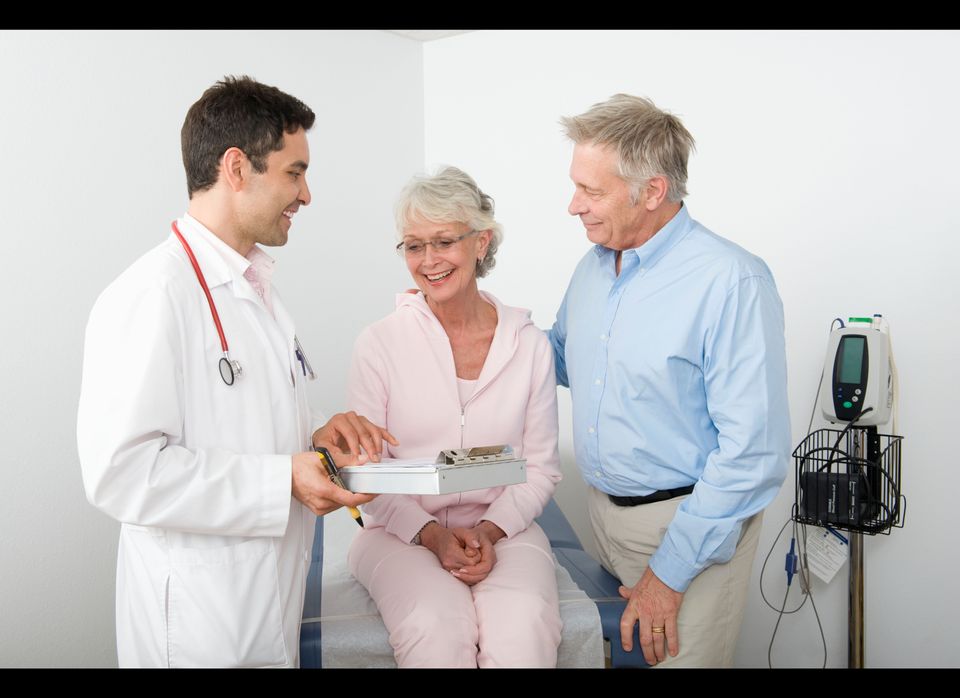 1 / 8
Is This Facility Accredited?
A number of organizations offer accreditation for international hospitals, which then must strive to meet standards for conditions, ranging from architectural design to hygiene. The Joint Commission International sets quality standards for hospitals that participate in its program of review.
Alamy