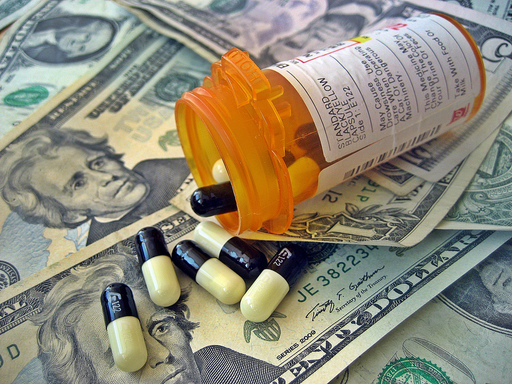 The nation's addiction to opioid drugs claimed greater than 28,000 lives in 2014-nearly four times more than they did in 1999--and more than half involved prescription drugs. The tragic growth in opioid-related deaths is not an aberration; it's part of a 15-year-long trend the Centers for Disease Control and Prevention says is now a "national epidemic."

Researchers have identified numerous contributing factors related to the opioid crisis, including the changing dynamics of the doctor-patient relationship, the creation of more potent and long-acting drugs, and trends started by influential medical experts and academic societies in the late 1990s suggesting total pain control should be treated as an attainable medical ideal--the so-called "fifth vital sign."

While these concerns are all worthy of significant attention, a seemingly harmless government survey of patient satisfaction may be one of the most overlooked and important causes behind the current opioid epidemic. The survey, the Hospital Consumer Assessment of Healthcare Providers and Systems (HCAHPS), is administered by the U.S. Department of Health and Human Services. It was created in 1995 as part of the federal government's efforts to provide consumers with objective metrics for evaluating health care service providers and to create a way to hold providers accountable for the quality of their diagnoses, treatments, communication, and the comfort provided to patients.

In 2005, the Deficit Reduction Act was passed, requiring HCAHPS scores to be used as a standardized evaluation of health care providers and systems when issuing Medicare reimbursements. Provisions contained within the Affordable Care Act in 2010 further tied reimbursement rates to HCAHPS survey results.

Proponents of these measures state that providing greater transparency for consumers and incentivizing hospitals and other providers to compete with one another simultaneously lowers costs and improves quality and patient satisfaction. But one important and detrimental unintended consequence of HCAHPS and other similar mandates is they encourage physicians and other health care professionals to place a higher value on certain measures of satisfaction--notably pain management--that may put patients at risk.

In addition to assessing the quality of communication from the health care team and the environment of a patient's room, the HCAHPS survey asks respondents to score a provider's success at managing pain. There are several questions completely dedicated to pain, including, "How often was your pain well controlled?" and "How often did the hospital staff do everything they could to help you with your pain?"

Controlling a patient's pain is undoubtedly a crucial part of practicing medicine, but survey questions such as this one have encouraged providers to treat patients with ever-higher dosages of opioids, the consequences of which have proven to be extremely dangerous. Since 1999, the amount of prescription opioids sold in the United States has nearly quadrupled, and opioid-related deaths have risen at a similar rate over the same period. Amongst those addicted to heroin, greater than 70 percent report abusing prescription opioids prior to using heroin.

The phrase "do no harm" may be more complicated than it appears on the surface. Doctors are faced with the challenge of curing patients and treating their pain, but they must also avoid unsafe prescribing practices that could lead to drug tolerance, addiction, or both. The HCAHPS survey inadvertently adds to this dilemma by making patients' pain management effectively more important than their long-term health.

Providers should always work to find new and effective ways to treat pain, especially now that over one-third of Americans suffer from chronic or acute pain. It is up to the health care community to become responsible stewards for this widespread problem. Providers should emphasize non-opioid classes of pain medications and other holistic strategies for pain management, as well as push for more drug-monitoring programs.

Unfortunately, achieving these goals is made much more difficult as a result of the external pressures placed on providers by government-mandated hospital score ratings such as those produced by HCAHPS, especially when they are used to determine monetary reimbursements.

This article was co-authored by Justin Haskins, executive editor of The Heartland Institute.