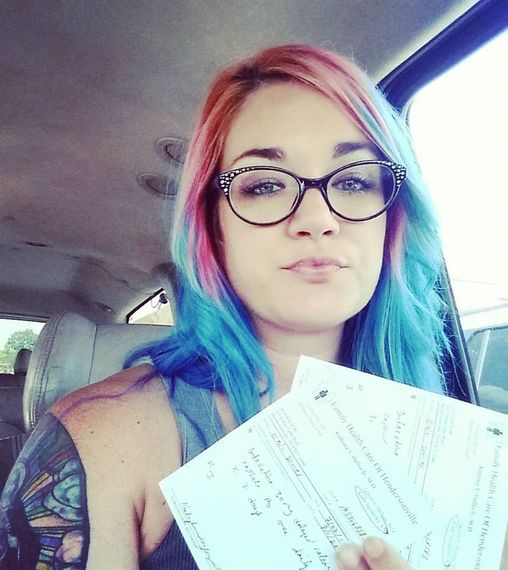 A friend of mine went viral last week -- in a good way. A selfie she took with her prescription medications has become a rallying hashtag sweeping over social media as women all over the country share their own #MedicatedAndMighty selfie.

My friend, Erin, has Aspergers and also suffers from crippling Anxiety and Depression. After struggling with her issues for years without prescription help, she finally turned to the doctor and medication.

I don't think she meant to start a revolution in Mental Health Awareness when she posted her selfie. I just remember seeing it in my Facebook feed and thinking she was just finding the humor in her situation -- I should add that most of her posts make me laugh. She's kind of awesome that way.

"This is it people," the photo caption read, "Two prescriptions to maintain this crazy. Wish me luck."

I laughed at the photo and her quippy caption, and wanted to "like" it, but I didn't. I suppose it hit too close to my own home. After fighting Depression and Suicide Ideologies for over a year, I finally turned to my doctor and anti-depressants this past summer.

Seeing Erin's picture has awakened my own struggle within me. You see, I haven't told my family that I'm on medication, and I've only told three people about my attempted suicides and suicidal thoughts. To throw around a word that gets a lot of buzz these days, I suppose I felt the "stigma" attached to Suicide and Depression and couldn't allow myself to be associated with it. I also grew up in a very conservative Pentecostal church that had its own views on Mental Illness. Oh -- did I mention my dad's the pastor?

For those of us raised in the more charismatic realm of evangelicals, mental illness is really an "attack from Satan." I can't tell you how many times I've heard the phrases, "spirit of depression" and, "spirit of suicide." As if Depression and Suicide are like the Brothers Marley in Christmas Carol -- rattling around in chains and bemoaning your future lest you change your ways. There are some church folks who have described suicidal thoughts as "darts from the enemy." This phrase always makes me combine the image of Cupid with the image of Satan. A fat, red baby with horns and a tail taking aim at passers by with suicide-tipped darts.

Growing up with this line of thinking made me feel even worse about my Depression, like I was letting the "Dark side" win by giving into "demonic attacks."

But this is a lie, a bold-faced lie.

The real truth is, "Suicide is not chosen; it happens when pain exceeds resources for coping with pain. You are not a bad person, or crazy, or weak, or flawed because you feel suicidal. It doesn't even mean that you really want to die -- it only means that you have more pain than you can cope with right now. Willpower has nothing to do with it. Of course you would cheer yourself up, if you could."

I read that on a website while I was fighting the worst of my Depression this past summer. Not long after reading it, I saw a doctor about my condition. When my doctor confirmed my suspicions, that I was indeed Depressed, it felt like a huge weight had been lifted.

"Nope, you haven't," She said. "All we have to do is help you fix the chemicals in your brain -- the same way I would adjust the levels in a diabetic. It's just chemistry." According to my doctor, my body's coping mechanisms have been depleted due to overuse.

Our oldest child, who has been diagnosed with Autism, had a very rough go of it last year. He began to see spiders everywhere, he cried and screamed all of the time, (wouldn't you if you saw spiders everywhere?), he stopped sleeping more than two or three hours a night, he became aggressive, and he tried to kill himself by jumping out of the car while it was in motion.

"I want to die!" he screamed from the backseat.

It was Hell on Earth, and it lasted for over three months. We ended up staying nine days and nights in Vanderbilt while they did every test they could in a desperate attempt to help us. After an adjustment of his medication and continued therapy, he began to turn around fast.
It was amazing to watch him turn back into the happy little boy I knew.

Several months after our discharge from the hospital, our son had a relapse of sorts. He screamed for hours and crawled into the space behind the backseat where he lay on his back and pounded on the back windshield with his fists.

I cried with him -- helpless and hopeless.

I then found my car parked by the river. My front tires were in the water.

In a pain-filled haze, I had driven my car to the river. All of a sudden, I understood those mothers who drove into lakes. That realization shook me to the core.

I had reached the end of being able to cope by myself, so I called a friend who helped talk me down from the ledge. Later, that same friend bugged me and pressured me until I saw a doctor about my condition. I didn't take their advice until a few months later, when I pulled my car in front of a very large and very fast semi-truck. Luckily, I was alone and the truck had good breaks. Something in the sound of brakes squealing and the smell of rubber burning told me that my friend was right. I needed to see a doctor.

The weird thing is, even though I had been dealing with Depression and Suicide for over a year, my husband never knew. I was scared to tell him. How do you tell your husband, and the father of your children, that you almost drove into the river with them in the car?

Fortunately for me, though, I have a wonderful and understanding husband. He has been nothing short of the very definition of supportive from our first conversation.

Once I told him, I began to tell a few more of my friends. While some treated me with kid gloves for few days after, they too have been wonderful to me. I have yet to tell my parents or my sister. I'm so afraid they will think I am weak, selfish, or worse yet, pray for my demon-controlled soul.

It takes strength to tell people your weakness. I know that now.

Today I went to Erin's page and "liked" her selfie. She is brave to have come out the way she did, and I am so thankful to her for giving me the courage to come out myself.

I need some help. So what?

Don't we all need some kind of help from time to time?

If you do, know that you are not alone. There is no shame in reaching for the floatation device when you're drowning.

I did, and that's why I'm #MedicatedAndMighty.

To read more about my friend, Erin, and her journey, follow her blog at:https://muthalovinautism.wordpress.com/ 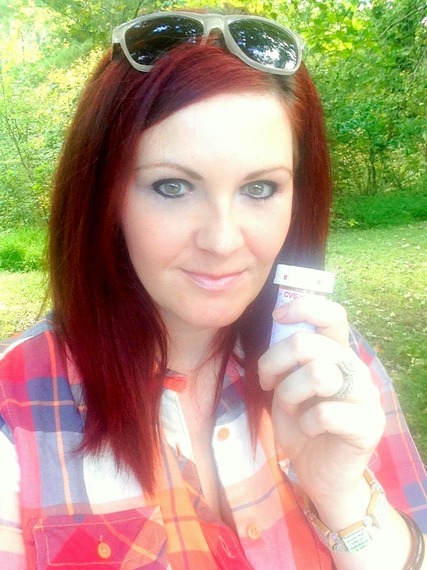 More:
healthy living#medicatedandmightydepressionsuicideStronger Together
Newsletter Sign Up
The essential guide to taking care of your mind and body
Subscribe to HuffPost’s wellness email
Successfully Subscribed!
Wellness delivered to your inbox