Fulfilling a promise six years in the making, Medicine Hat, Alberta, is expected to become the first city in Canada to end chronic homelessness.

No one living unsheltered is left without permanent housing more than 10 days after the city learns of their circumstances, according to CBC Radio's "As It Happens."

Although the community of roughly 61,000 is successfully keeping pace with that expectation as of now, Mayor Ted Clugston explained to the Calgary Herald he's hesitant to make any sweeping proclamations just yet: "We want to see if it’s sustainable before we announce that we’ve ended homelessness."

In 2009, when the goal was established and Clugston had been an alderman to the city, he was opposed to the strategy Medicine Hat wanted to implement. But the self-proclaimed conservative said that -- after learning the hard facts -- ensuring residents are housed is the fiscally responsible thing to do.

"I have come around to realize that ultimately this makes financial sense," he explained on "As It Happens."

The Medicine Hat Community Housing Society, the group behind the citywide plan, is taking the "housing first" approach to ending the crisis -- prioritizing placing stable roofs over heads before addressing the factors that may have led to their situation, like substance abuse or mental health issues.

Study after study shows the approach successfully fights homelessness while also saving money. As Clugston discussed, simply housing an individual rather than have the city pay expenses often related to homeless people -- like frequent hospital stays and run-ins with the law -- is the "cheapest and actually most humane way to treat people."

In Medicine Hat, the strategy has proven successful: Interactions with the police and emergency room visits have both dropped, according to "As It Happens."

Clugston told the Calgary Herald that the city will likely announce the official end of homelessness in Medicine Hat sometime this year.

To help fight homelessness in the U.S., support PATH (People Assisting The Homeless) by using the Crowdrise widget below. 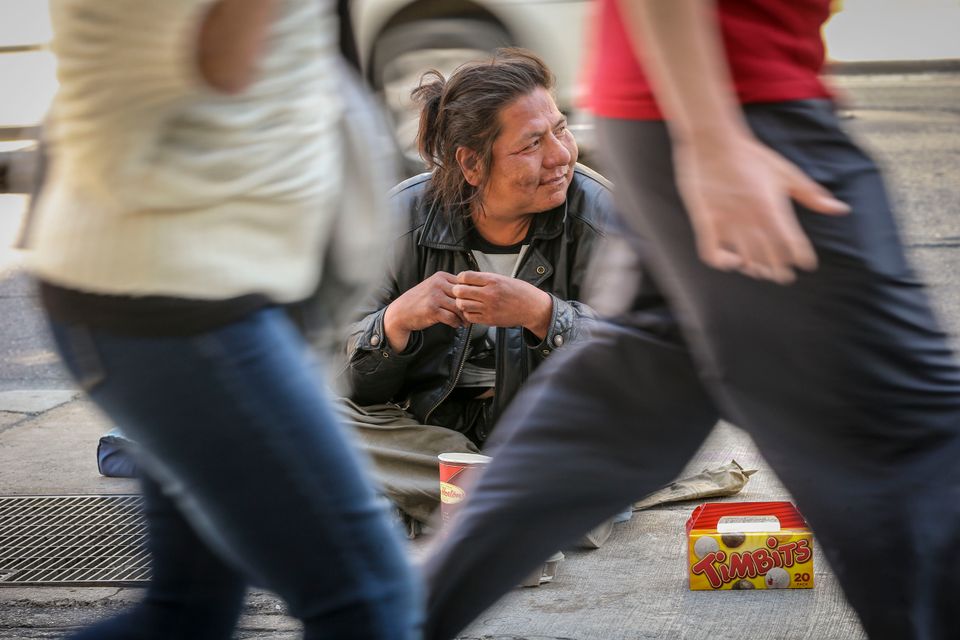 1 / 20
Michael Manitowabie 42, panhandles on his corner in downtown Toronto as he has done (according to him) for 20 years.
David Cooper via Getty Images