"Last February, our broadcast of the Martha Argerich concert with the Montreal Symphony Orchestra conducted by Charles Dutoit in Montreal, has achieved a total reach of 2,029,016 persons on our social networks. 907,483 of them watched the trailer and 177,412 clicked through to watch the concert online." - Didier Bensa, medici.tv's president and executive chairman 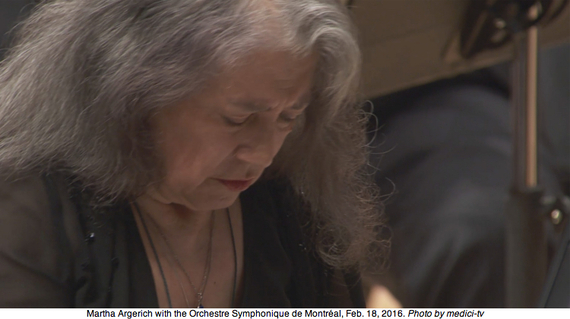 This Thursday at 1 am ET, medici.tv will celebrate ten years of live broadcasts from the upscale Verbier Festival nestled high in the Swiss Alps. Russian superstar Valery Gergiev will conduct the National Youth Orchestra of the USA in orchestral showpieces by Debussy and Prokofiev, and Denis Matsuev will play Rachmaninoff's Third Piano Concerto.

Thursday's broadcast will set the table for medici.tv's live broadcast of the Festival's formal opening concert on Friday at 1 am ET, which will feature comeback kid Kyung Wha Chung playing the Brahms Violin Concerto alongside conductor Charles Dutoit. Other highlights planned from Verbier through August 7 include productions of Bizet's Carmen and Verdi's Falstaff; appearances by pianists Daniil Trifonov, Yuja Wang, András Schiff, the Uzbek rising star Behzod Abduraimov, and Tchaikovsky Competition sensations George Li and Lukas Geniušas. Standards for consistency and quality are set by medici-tv's own crews, who film on location 40% of the time.

If you miss any of medici-tv's live broadcasts from Verbier, or don't have a subscription, you can watch them free for 90 days after the broadcast.

I caught up with Didier Bensa, medici.tv's president and executive chairman, to get his take on the lay of classical music's videoland. 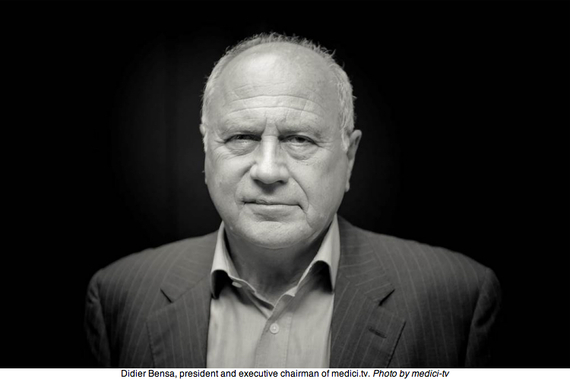 LV How active are you in social media?
DIDIER BENSA We mainly use three social networks: Facebook, Twitter, YouTube that together gather 338,000 followers. But we adapt our strategy to the specific situations of certain countries. Therefore, in China, Japan or Russia, we operate on national social networks that gather more followers than occidental networks (if they exist). This allows medici.tv to maximize its visibility worldwide.

LV Tell about Charles Dutoit's return to Montréal earlier this year.
DIDIER BENSA It was epochal. Our February broadcast of the Dutoit-Martha Argerich-Montreal Symphony Orchestra concert reached 2,029,016 persons on our social networks; 907,483 of them watched the trailer and 177,412 clicked through to watch the concert online, a very good conversion rate that proved the efficiency of our social networking strategy. 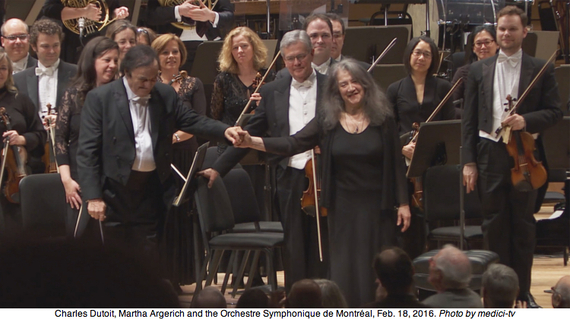 LV What North American orchestras and festivals are on your 2016/17 broadcast schedule?
DIDIER BENSA In Canada, we have seven projects scheduled with the Montreal Symphony Orchestra, the Orchestre Métropolitain [Yannick Nézet-Séguin's Montréal orchestra] and Les Violons du Roy. We will stream the New York and Los Angeles Philharmonics, and the Detroit and Pittsburgh Symphonies. We plan to broadcast international competitions including the Cliburn, the Cleveland, Montréal and Honens International Piano Competitions, and the Banff String Quartet Competition.

LV Do you have any plans to expand North American coverage?
DIDIER BENSA North America already leads medici.tv in total visitors. To respond to the expectations of North Americans music lovers and to enhance North America's coverage, we plan to base a production team in Canada by the end of the year. We are also improving our collaboration with major North American orchestras and concert halls

LV What work are you doing on the education side?
DIDIER BENSA We will continue to stream master classes from Carnegie Hall, Juilliard and Curtis, of course, and we already work with more than 70 universities and music schools giving access to the medici.tv platform to 1.5 million students. And please let me take this opportunity to announce the September launch of our dedicated new website called "edu.medici.tv".

LV What other changes lie ahead?
DIDIER BENSA We are currently redesigning our main website, planned to launch in December. The biggest change concerns the experience of users whose expectations, as you know, are constantly evolving. The site will present new ergonomics, an improved internal search engine and a simplified navigation system designed to deliver personalized content.

Classical music viewing ahead on medici.tv:

medici.tv is available in French, English, Russian, Spanish, Portuguese, German, Chinese and Japanese, and a variety of subscriptions plans beginning at $7 a month, with a seven-day trial. Medici.tv's Apple app goes online in July. 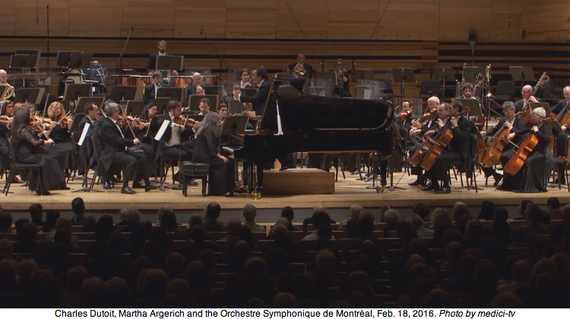