Way out in space, some 1,500 light-years from Earth in the constellation Gemini, lies the Medusa Nebula--so named because its glowing snakelike filaments of gas resemble the serpents that crown the head of the the hideous Gorgon of Greek mythology.

Just have a look:

But do have a look at the right Medusa (below) as it appears in a stunning new photograph taken by the European Southern Observatory's Very Large Telescope in Chile.

One look at the image--said to be the most detailed ever taken of the planetary nebula--and you'll know right away why astronomers gave it that name: 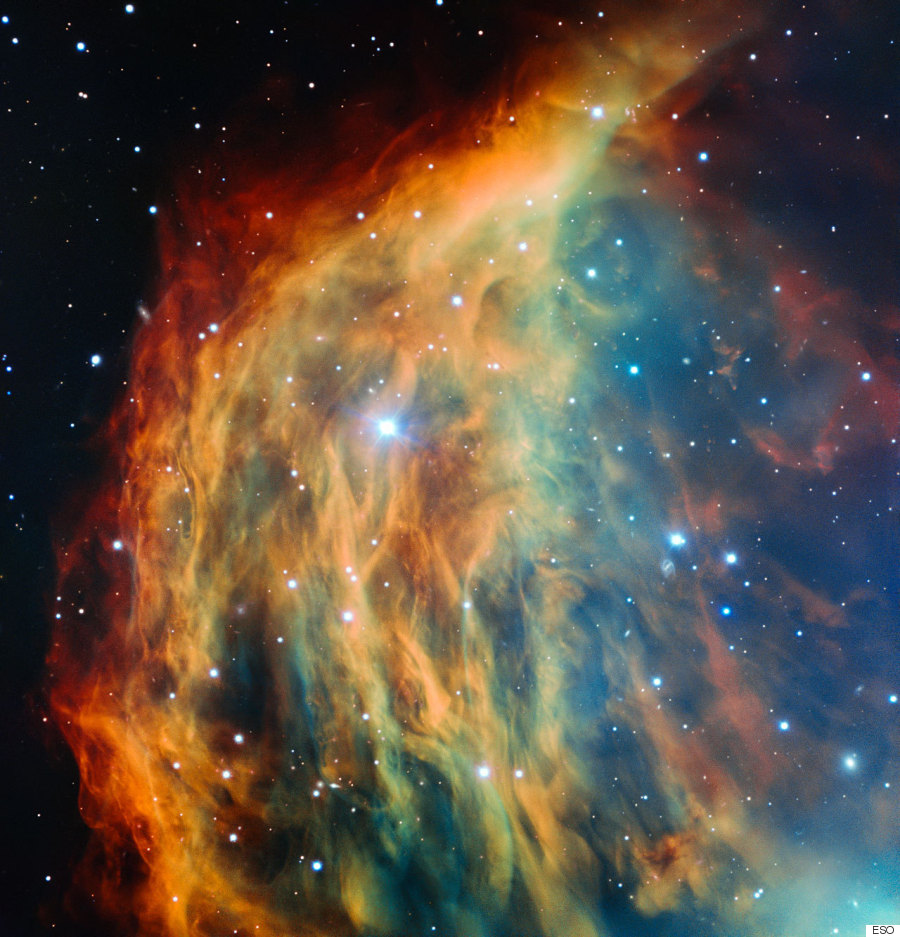 OK, maybe it's not entirely obvious why such a lovely nebula got such an ugly name. No matter. At least we can all agree that it's easier to remember the nebula by the name "Medusa" than by its other monikers, Abell 21 and Sharpless 2-274.

Whatever you call it, with a span of some 4 light-years the Medusa Nebula is as big as it is beautiful. It was discovered in 1955 by American astronomer George O. Abell.

Beautiful work, George. We'll never know exactly what it felt like to discover the nebula--but the zoom sequence below just might be the next best thing.

The Medusa Nebula Looks Way Prettier Than Its Namesake In Luminous New Photo
If Planets Were As Close As The Moon...