Peace has many faces.

We often think of it as the desired goal when bringing warring parties to the bargaining table to negotiate a workable compromise.

Yet, all around the country Americans can be found working to promote a culture of peace in much more subtle ways.

This article features five of those people, and spotlights their efforts. Some are addressing prejudices, confronting stereotypes and impacting attitudes. Others are trying to create societies where youth can fully use their talents to sustain economic development and create opportunity in order to quell and prevent the outbreak of violence.

Let's meet them, shall we? 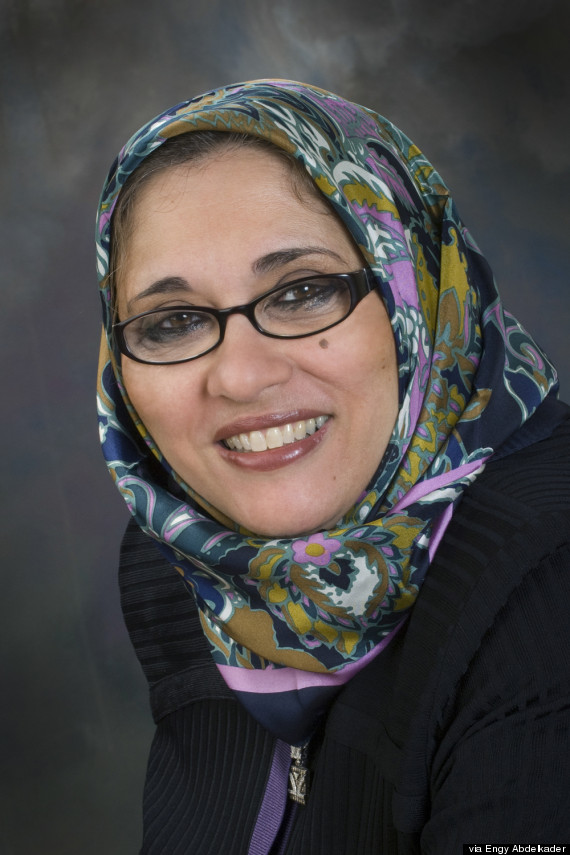 Soumaya, 56, is devoted to forging bridges with her Christian and Jewish counterparts. In the recent past, she worked with the World Council of Churches, a global organization of more than 300 churches, on an international conference where Christian and Muslim leaders spoke about issues of concern.

Locally, Soumaya has delivered remarks at local synagogues to honor the Jewish High Holy Days. She also designed and hosted a television series, "Meet Your Muslim Neighbor," that continues to be aired by Atlanta's Interfaith Broadcasters. The sixteen-part series included an interactive session where audience members were invited to pose questions about Islam that ranged from the status of women's rights to faith-inspired art.

Committed to creating "a better world for all" in which "people relate to each other as fellow human beings," Soumaya is the recipient of a number of awards including the Dr. Martin Luther King Jr. Community Leadership Award from Emory University. And, she was recently invited to break bread at the annual White House dinner held in honor of the Muslim holy month of Ramadan. Soumaya dined at President Obama's table. 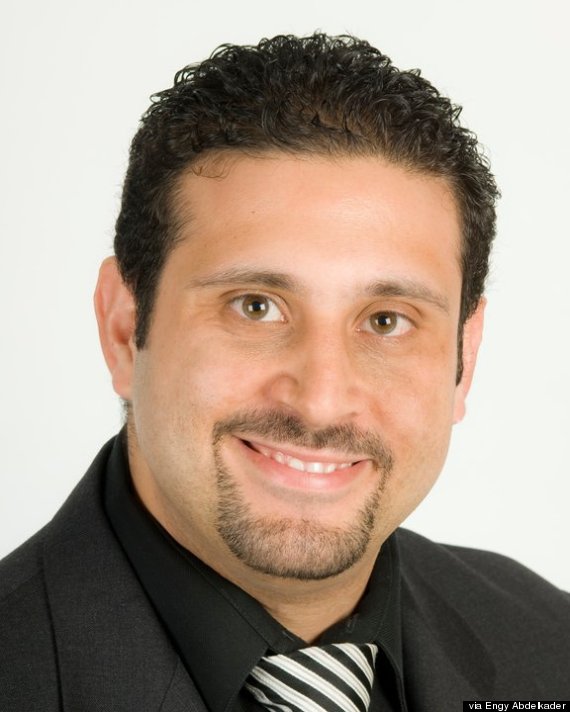 Hesham works as a child psychiatrist at Boston Children's Hospital and also teaches at Harvard Medical School. He helps people achieve a sense of "inner peace," translating into profoundly positive results for the patient and surrounding lives. Specifically, Hesham treats under-privileged kids who are survivors of trauma.

He recalls one such young patient,

"I remember so well the first day I met him, he was 12 years old then with a sharp piercing look. He was referred to me in clinic after a suicide attempt for which he was hospitalized. His life had fallen apart after his home was broken into violently in a robbery. He was haunted by the image of the perpetrators and the life of this child would be overtaken by flashbacks, nightmares and an inability to fall asleep fearing the worst is yet to come, for safety he kept a baseball bat underneath his bed. A few years later he is now thriving, going to school and planning for college. Nothing was more gratifying than when he got me a card with a pristine natural scene that read, 'Thank you for helping me find my inner peace.' I know that I have no control over what people like him have endured in their past but I feel grateful when they allow me into their lives so we can try to build a better future together."

Notably, Hesham's work is not limited to the confines of his hospital or Harvard. Married to Dr. Hoda Eltoumi and a father to two boys, he also strives to fix the instability and unrest plaguing Egypt. To do so, he co-founded a nonprofit, Networking, Entrepreneurship, Growth, Mobilization and Action (NEGMA), that helps Egyptian youth start their own businesses in hopes of creating new jobs, innovation and a more equitable society. In doing so, NEGMA begins to address some of the root causes informing Egypt's continued volatility, including economic stagnation and long-term youth unemployment. 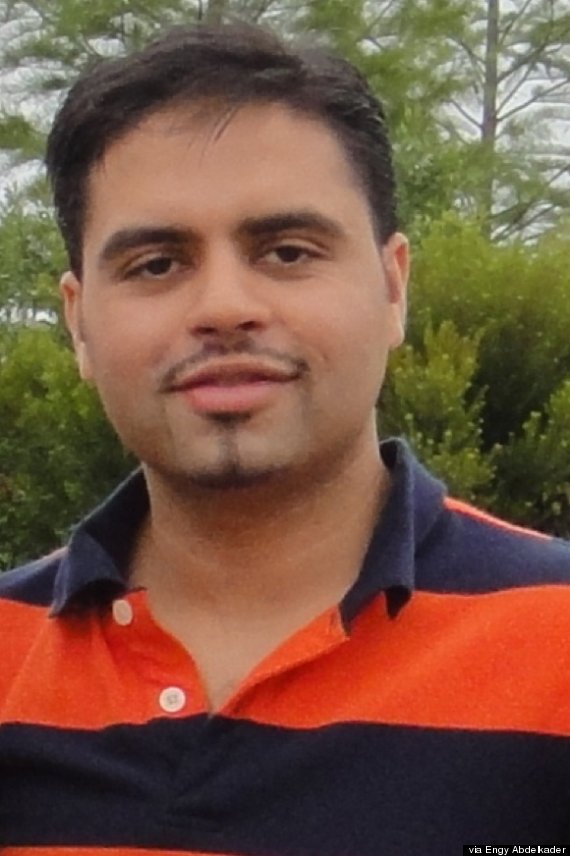 Wasif, 32, is the founder and CEO of Ivy League Advisor, an educational and leadership strategy consulting firm. He believes in "education diplomacy," and works to make the impossible possible for many youth, including Middle Eastern students seeking educational opportunities in the U.S. Wasif, who earned his Ph.D. in applied physics from Cornell, explains his philosophy,

"One of the best ways to bridge the gap between the East and the West is to create new platforms for engagement between the two. As such these students are in their own right ambassadors...[and they] return to the region with a new rejuvenated skill set that can help create a more innovative Middle East."

Wasif cites to studies showing that the lack of jobs and youth empowerment contributed to the 'Arab Spring,' related developments surrounding which continue to play out across the region. Through his company and efforts, he strives to create a more prosperous and peaceful Middle East.

Wasif also serves on the board of the Asian Programs Foundation, a New York City nonprofit whose mission is to enhance relations between the U.S. and Muslim Asia. He is particularly proud of one of the group's recent achievements: establishing the Victor Frank Memorial Fellowship for U.S. and Muslim World Relations at Yale. The funds help support graduate students interested in pursuing a career in international relations. 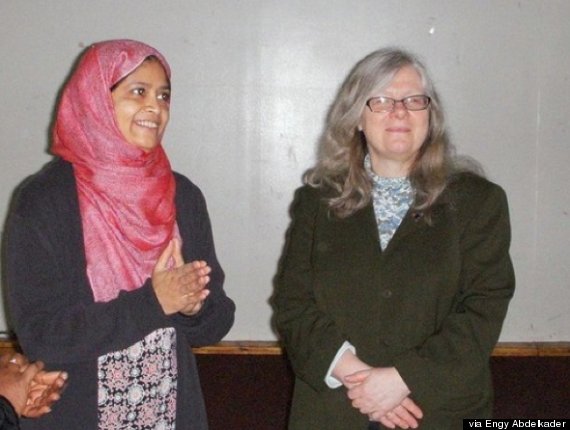 Sarah, 45, received her education at Princeton and the University of Pennsylvania. She currently serves as the director of community partnerships at the Interfaith Center of New York. By leading various programs, she promotes dialogue between communities and leaders from different faith traditions. Sarah reflects,

"In one of the programs, Catholic and Muslim high school students in Staten Island, NY visited a church and a mosque and helped to clean up each other's houses of worship (vacuum, dusting, etc.). With the guidance of religious leaders from each community, they developed friendships, learned about social justice in each tradition, and also understood the value of taking ownership and responsibility for maintenance of sacred spaces...

Bringing the youth together helps reinforce a mindset towards peace and cooperation for the greater good. It was important to do this kind of work in New York City, and particularly in Staten Island, where there is a sizeable proportion of first responder families who were directly involved in disaster response and recovery in the aftermath of the 9/11 terrorist attacks.

Overall, I think the project works to reinforce the idea that we have more in common across faith lines than differences, and that we can actually [use] the positive teachings of our faith traditions to assist those in need and for the betterment of our communities."

Mahvash is an American diplomat who works with the U.S. State Department to improve communication and relations between people from different countries. Speaking in her personal capacity, she refers to the following Quranic verse as one source for career inspiration:

"O mankind! We created you from a single pair of a male and a female, and made you into nations and tribes, that ye may know each other, not that ye may despise each other." (Chapter 49, Verse 13)

The following experience is illustrative of Mahvash's efforts to deepen mutual understanding between the West and the East,

"I designed an exchange program for Qatari and American school children where students from four Qatari high schools and two American high schools got a chance to immerse in each others' cultures for two weeks.

During my initial conversations with the American children and their parents via webinar, I learned that their understanding of Arabs was based on stereotypes propagated by negative media and Hollywood movies.

Similarly, the Arab children had skewed views about Americans. A few of the questions I got from the parents of the American kids astounded me, they wondered whether their kids would be traveling via 'camel-back' from the airport to the hotel or whether their children would have enough protection from the 'terrorist threats' and 'exploding bombs.'

In a similar vein, the Arab kids were expecting to see mean, arrogant, pot-smoking, tattoo-laden American students without a hint of manners. I decided to employ the webinar sessions to introduce both cultures to each other before the actual trip began...

Fortunately, once the webinar technology began to work, it took 30 minutes for both sides to warm up to each other and then it was difficult for me or the teachers to control the spate of multiple conversations...

The conversations included sports, sharing Facebook information, and favorite movies and video games. The actual visit of the American kids to Qatar was even more enthusiasm-laden. They were not only welcomed with the warmest of smiles and hugs but the best of Qatari hospitality... They were also flabbergasted to see the flashiest of cars, tallest of shiny-glass buildings, biggest mansions and beautiful beaches... The trip ended with lots of hugs and tears on both sides, each side reluctant to let go of the other, along with bags and bags of Qatari gifts.

Fortunately for them, they were not going to be apart for too long, as the Qatari kids would embark on their journey to the U.S. including a groundbreaking visit to the NASA youth camp in Florida along with their new American friends. The exchange program ended with lasting friendships, love for each others' cultures and a ridding of age-old stereotypes."

These stories belong to Americans actively engaged in creating a peace culture in myriad contexts. They also reveal the important role of women in that process: humanizing the 'enemy,' encouraging communication and cooperation across cultures and promoting non-violence.

Youth are forever asked, 'What do you want to be when you grow up?' Notably, while each of those profiled here pursued a different career path, they are all on the road inspiring peace.

Engy Abdelkader is a Legal Fellow with the Institute for Social Policy and Understanding.