When one thinks of Bosnia and Herzegovina, the first thing that comes to mind is usually the gruesome war that ended in December 1995. But, twenty years later, one man is about to change that. How? Through love songs and magical music.

Meet Damir Imamovic, Bosnia's most acclaimed musician and what many consider to be, the King of Sevdah- a traditional genre of folk music from Bosnia and Herzegovina.

I first met Damir three years ago during my first trip to Sarajevo, the capital of Bosnia and Herzegovina. Being quite unfamiliar with the Sevdah music, Damir helped me understand the nature and the history of this marvelous Bosnian musical genre. What fascinated me the most throughout my conversation with him is his strong determination to show the world that Bosnia and the entire Balkan region should not be branded as countries of war and crime but a region where some of the world's most iconic love songs have been and are still being created. 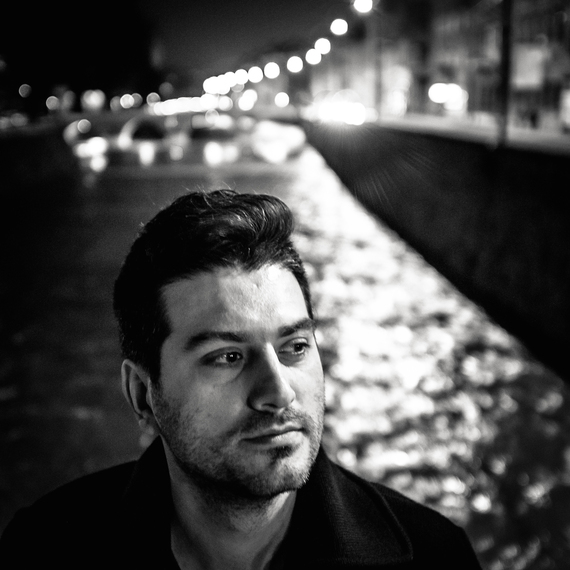 Having recently read that he was signed by Glitterbeat records - Womex Label of the year for 2014 and 2015 for his upcoming CD, I am now more confident than ever that Damir's vision is about to become reality.

Damir, how does it feel to be signed by one of the world's top music record labels?

The Glitterbeat is a rather small and young but explosive label. They won The Best WMCE Label Award two times in a row - in 2014 and 2015. I met the co-owner and the producer Chris Eckman (ex-The Walkabouts) in Slovenia through my dear friends from the Druga godba, one of the most important World Music festivals in Europe. He liked what I do, I liked what he does and we decided to work together. Our story is actually really romantic: without big agencies pushing for it, without big money invested, without all the regular industry craziness. The Glitterbeat has a great approach to releasing records: they release what they like. We live in the world in which that approach is rare and precious.

It seems that you are in the beginning of an amazing journey but let's go back a bit in time. How did your "love affair" with the Sevdah music start?

I was born in Sarajevo (Bosnia and Herzegovina) and raised in a musical family. At that time (1978) Yugoslavia was still in one piece. My grandfather Zaim Imamović, was probably the single most famous traditional singer of his time (end of 1940s, first part of 1950s) and my father Nedžad Imamović, is a bass player, producer, singer and author. Music was all around me and I discovered, as I was growing up, that I knew all these songs, ways of singing, chord changes, lyrics. I didn't put any effort in it: it just came to me as a gift. In a way, I was even running away from it, studying philosophy, doing other things. At one point, around 2004, I suddenly realized that something precious has been given to me, and I felt an obligation, some kind of challenge, to do something creative with it. I had a first concert and it was a success. Soon enough the whole new scene was created around what we did at that time.

How would you define Sevdah music?

It is a sister music to Fado, Tango, Blues or Rembetiko and any other genre of music that was formed out of meetings of different worlds of music, languages, mindsets. It is a specific blend of music and lyrics connected to the notion of sevdah (the Turkish everyday word for «love» and an Arabic word for the Greek «melancholy»). Therefore, sevdah is a meeting of the worlds. It contains echos of epic singers, travelling ashiks (Ottoman era "minstrels"), romantic songs and ballads about forbidden love. It is quite sad, especially for the most of Western ears. For us who were raised with it, it has endless shades of sadness. Some of those shades do not even sound sad to us any more.

What makes Sevdah music different from other Balkan music?

There is no single «Balkan music». Representation of art forms as commodities for mainstream Western audiences is still something that creates these big clusters such as «African music» or «Balkan music». In the case of the later, it is perceived to be high-octane, speedy, «rakija (mist) on the scene», wedding-kind-of-music. Some other forms of music life in the Balkans are under-represented because they don't fit into this standard. And sevdah is this «other form»: melancholic, diverse, often quite sophisticated, intimate, storytelling. My project with sevdah includes questioning the perception of the established culture. I'm not interested in representation of the old and established, I want to create a new culture based on the tradition as a school. That is another reason why I'm glad we are working with Glitterbeat since they release good music and not cultural identity symbolism. 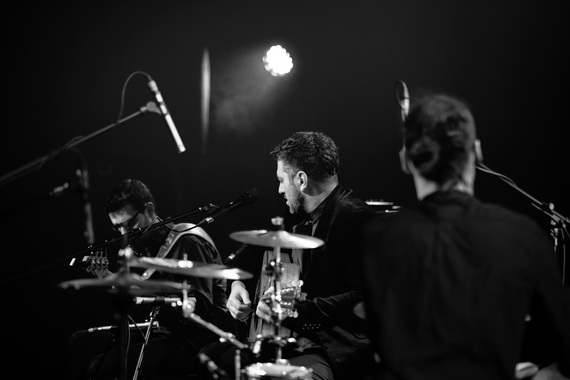 You gave Sevdah a very nice edge and made it popular throughout the region. How easy was this journey in a region where turbo folk seems to be the predominant musical choice of many?

I think turbo-folk is a way of running business rather than aesthetics. It is a pop music of the region: based on local expression + the import of Western mainstream media culture. It seeks lowest possible denominator in its audience, just like a soap-seller or a politician: empty but fits all sizes. I try to speak about things that are important for me and to build my audiences slowly on beautiful things I find in the sevdah school I belong to. I have been quite successful with it throughout the region and in different international festivals in the last ten years. I never wanted a kind of career turbo-folk stars have: to do reality shows, appear in trashy papers every day.

Was there a moment when you felt that what you are doing is not appreciated and you wanted to stop?

There were tough moments but stopping was out of question. I love this life of travelling, learning, fighting, changing things, educating yourself and the others. It's a marathon, not a sprint. That is what I try to keep in mind, but I need strength for the whole run.

Have you ever performed in the USA?

Yes, I have visited the USA in 2010 and was honored to play at the Kennedy Centre in DC with an international group of musicians. Also, I have played a solo concert in Chicago (The Old Town School of Folk Music) and several other smaller concerts in Nashville and DC that year.

Do you think Sevdah has the power to change the perception of Bosnia and Herzegovina from a country of war to a country of love?

So many political problems in Bosnia and Herzegovina and the Balkans in general originally are coming from the cultural notions we have. In some cases those cultural prejudices showed stronger than economic well-being. I think we need a new language in traditional culture before we change anything else: we have to emancipate this culture from conservative, nationalistic, all-hating, self-adoring kind of mindset. There is only a reminder I have to make here: the politics has to do its job of just governing and the culture cannot be asked to solve problems politicians need to work on. The power of culture is enormous but it is soft, cumulating and it takes longer time.

What are your future plans?What about your ultimate goal?

Ultimate goal? It is easy: to play with KayhanKalhor (famous Iranian kamenche player) and then die out of pure beauty and joy.