When you think about female superheroes, the images that come to mind might include taut stomachs, skintight bodysuits and hourglass measurements. But Faith Herbert, the flying, telekinetic subject of a new comic book from Valiant, doesn’t meet any of those expectations.

Faith is fat -- plain and simple. Unlike other women typically seen in comics, she has a round tummy, a flowing costume and a pear shape. But the revolutionary part of her character is that you can see her body for yourself. It's not described in words -- no ink in the comic book's pages is devoted to discussing or shaming Faith's body -- but rather, it's projected in stunning visuals.

So instead of ambiguous language that often pigeonholes body types into strict categories -- think terms like “curvy," “thick" or “voluptuous" -- we have solely the visual representation of her body. Free of these loaded descriptors, readers are able to perceive her as an individual in all of her specific glory.

"In comics there is no hiding," Amy Diegelman wrote for Panels. "So when we see Faith, right there on the cover, we see a fat woman. A fat body ... Faith IS fat. And she is not hiding. And that is so, so important."

“She is someone who wants to be a superhero and has these great role models that she’s trying to live up to, and to me, that’s a much more interesting story than her dealing with people saying crap about her body,” said Jody Houser, the writer behind ‘Faith,’ in an interview with The Huffington Post.

Faith’s got more pressing things to worry about than society’s narrow body image ideals. Originally created in 1992 as a member of Valiant’s "Harbinger" series, Faith now has her own solo comic book. In the first issue, released in January 2016, she's out on her own for the first time in many ways -- she's left her team of crime-fighters, moved to Los Angeles after a breakup with a hot fellow superhero, and taken on a new job as a reporter.

All these changes aren’t as exciting as she expected, though, which makes her all the more relatable. The job she’s taken as a reporter at a BuzzFeed-like website isn’t as adventurous or stimulating as Clark Kent’s day job. Instead, she spends most of her days making quizzes and listicles. Using her alter ego Zephyr, she hasn’t seen much action in terms of villains either -- at least, not yet.

On top of all this, Houser says, female readers have been able to relate to the fact that she’s plus size. “Women are excited to see a woman on a cover who looks like them -- that means a lot to them,” said Houser. “Her size is an aspect of her character but not the central focus. It’s just part of who she is.”

As a jubilant, comics- and science-fiction-loving geek with a positive attitude, it's easy to root for Faith as she starts a new chapter in superhero adulthood.

At the end of the first issue, it does seem like she’s going to be taking on a Big Bad of her own in a “be careful what you wish for” scenario. Even though we don’t know what she’s tackling just yet, it’s easy to believe in Faith. Because, just like her lithe superhero sisters, Faith, a fat woman, can be brave, kick ass and maybe even save the day.

PHOTO GALLERY
23 Cosplayers Reveal Their True Identities At NY Comic-Con, And Some Might Surprise You
Download
Calling all HuffPost superfans!
Sign up for membership to become a founding member and help shape HuffPost's next chapter
Join HuffPost

Meet Faith, The Body-Positive Superhero Of Our Dreams
23 Cosplayers Reveal Their True Identities At NY Comic-Con, And Some Might Surprise You 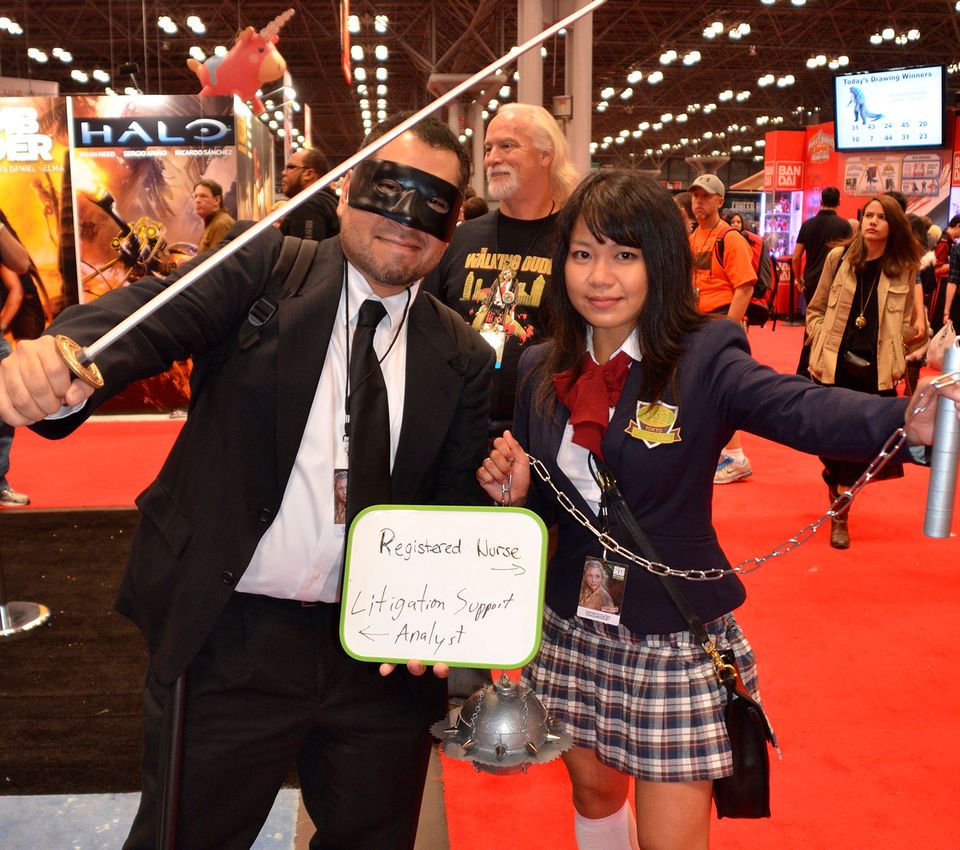 1 / 23
Litigation Support Analyst and Registered Nurse
Not a nurse you want to mess with probably.
Huffington Post