Illinois' new Comptroller, Leslie Munger, came to occupy her office in a very different way than the other constitutional officers in the state.

Much to Munger's surprise, Rauner offered her the comptroller's post on the condition that she run for re-election at the end of her two-year appointment in 2016.

Until her run against Sente last year, Munger was a political unknown. And while she now controls the state's checkbook, she remains the lowest profile of the state's six constitutional officers.

We sat down with Munger this week in her office in the Thompson Center in Chicago to discuss her approach to her new office, her business career and her nascent second career in politics.

A few things you may not have known about our comptroller:

Check out a few more facts about Munger at Reboot Illinois, including her favorite book, what kinds of pets she has and her favorite movie of all time.

And get to know even more about Munger by watching this video: 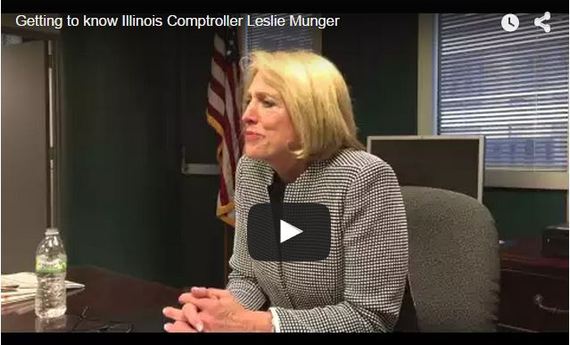