'Oily Moily, have you any coal? Essar Essar three mines full. One for your power plant, one that you stole. And one for the other folks who'll help us win the polls!'

There is a new tune being sung by Indian environmentalists these days. After the shocking news that India's Minister of Petroleum and Natural Gas has been tapped to take over the Ministry of Environment and Forests (MoEF) many fear the proverbial wolf has been put in charge of the hen house. In fact groups from across India have now signed a letter and are circulating a petition that charges this appointment is a 'fundamental case of bad governance and conflict of interest.' Given the high profile the MoEF has on an international stage (Mr. Moily will now lead India's climate change negotiations) India's environmentalists thought we should be introduced. World, meet Oily Moily.

Mr. Moily took over the reigns at the MoEF to assure the industry after a widespread myth pervaded popular understanding - industrial projects had been held up by a lack of environmental clearances. The truth is sadly much different as a recent study from Center for Science and Environment shows in detail. In fact, over the past year the previous MoEF minister, Jayanthi Natarajan failed to refuse clearance for a single coal project. Wily activists declared her the 'greenest' minister ever thanks to the ever present green light for coal and industrial projects. 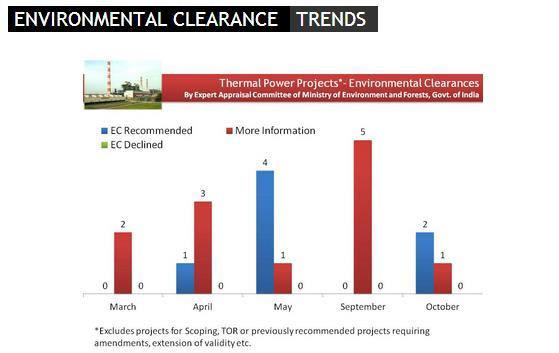 You would think that if anything, industry should have been rejoicing with Natarajans reign. Instead she was forced to step down amongst rumors she had not approved coal and industrial projects fast enough. Apparently fastracking projects over the overwhelming protests of the people simply wasn't up to snuff. Enter Mr. Moily.

Just a few weeks into the job Mr. Moily made clear where he stood on the issue - a 'culture of fear' was holding back environmental clearances. Moily, who took charge in December of last year declared that he cleared over 70 projects in the first 20 days of being Environment Minister. The approvals include the highly controversial steel plant POSCO in Odisha and two coal mining projects. It also includes MOEF's new exceptions to coal mines producing 8 million tonnes annually to expand their capacity by up to 50 per cent without consulting project-affected communities through public hearings.

With the drumbeat increasing, and the elections looming, many now believe there is a concerted effort to approve as many projects as fast as possible. It appears with the Aam Aadmi Party's (AAP) take no prisoners political style looming the industry is simply not willing to take any chances.

The industry has attempted to avoid any mention of this growing crisis by focusing the narrative on a lack of green clearances. NGOs however have taken a very different message to their front door and to the public: These companies are killing forests and those that live in them.

But even absent that heroic activism the coal industry won't be able to avoid the harsh light of day for long. That's because slowly but surely a coal-gate scam case has been winding its way through the courts (brought by none other than Prashant Bushan a lead AAP party member) that would revoke a slew of clearances provided to leading industry titans including Essar, Jindal, Tata and Reliance. If anything, the result of this case will send a very different signal - clearances have been flying too fast and too freely - it's time for real oversight.

So as we welcome the industry favorite Mr. Moily onto the world's stage it's important to understand the drama unfolding in India. To clear or not to clear? Mr. Moily that is the question India's environmentalists are asking. Thus far they don't like the answer they're hearing.