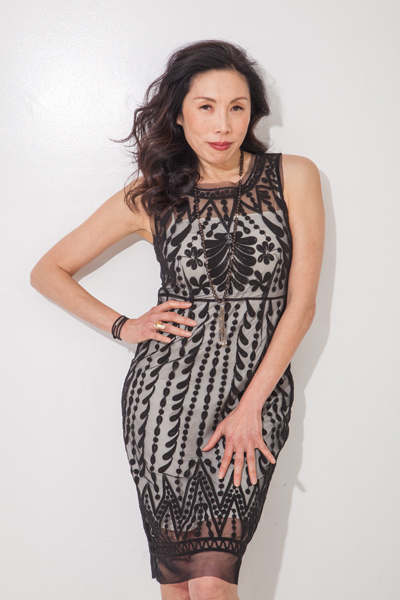 We don't have to go back in time to watch sitcoms that have live studio audiences and/or laugh tracks that we viewers at home might not have gotten -- sometimes it just seems as though laugh track was added to reinforce that it was funny and that we just didn't get it.

I'm being careful not to dismiss any of the sitcoms that are featured on the major four networks still operate on that classic formula -- it's just not a common thing in the far riskier and often more intelligent world of cable television.

Shows like HBO's Veep have become the commonplace -- these sitcoms feature a handheld camera, no studio audience and much like The Office have a documentary like feel to them.

Sullivan and Son on TBS can be added to the list of shows that take us back to simplicity, not everything has to appear to be so damn realistic.

I thought television was supposed to be an escape.

If the boob tube is indeed still supposed to be an escape, then this show qualifies as among its funniest and cleverest without condescending to its audience, just laugh your ass off -- plain and simple.

I was fortunate enough to converse with one of the show's funniest cast members -- Jodi Long.

Jodi is a film, television, and stage veteran, particularly when it comes to the world of comedy. She's played no shortage of characters that are out there -- possibly on another plane of existence, like her role on Hot Chicks.

This time Jodi plays the tough Korean mom named Ok Cha to Sullivan and Son star Steve Byrne's character. Ok uses her almost demeaning quips to thicken the hide of her son who she visibly loves.

You are absolutely hilarious; I think you are by far my favorite character on the show.

Thank you so much, well that's the point, right? I'm flattered by the compliment.

In an age where there is so much reality television, ironically enough what isn't reality has to seem a more reality based including sitcoms -- it's truly nice to see another new sitcom go back to the old formula; three cameras, complete with the studio audience and everything.

That was exactly the point. Steve Byrne is also one of the show's creators and Vince Vaughn is our executive producer and along with Rob Long from Cheers, we have a great team in front of and behind the camera. That's exactly what they wanted to do; they wanted to go back to the more traditional sitcom formula. There's even that Cheers element because it takes place in a bar.

What would you say it is about the show that gets you? What do you love about it?

I think what I love most about the show is that it features such a mixed cast and that we're talking about that in a funny way. I truly believe that it's a conversation that needs to be had in this country; we know that people have these feelings. Everybody has some kind of prejudice. This show has a great way of dealing with it head on and in a hilarious way. That's what I love about the show. When I read the script, I shouted 'yes!'

Tell us about how you were first introduced to the character of Ok Cha. How did you get the part?

My agent had called me and told me that the producers wanted to see me about this role. They had sent the material to me; I usually get the material a little more than a day in advance. I got it late one afternoon and I was supposed to go in the next morning. I asked why it came so late and was told that they didn't want to see me at first because I wasn't Korean. Isn't that interesting? I've probably played more Korean mothers than any other Asian-American actress in this country, what are they talking about? I have the accent down! So, at the last minute they probably thought that they had to bring in the non-Korean now. I went in at the very last moment, as soon as I went in -- I think we all knew. It happened very quickly.

Well, obviously it goes without saying that they made an excellent choice. I guess my only beef with the show is that I wish that they gave you more to do.

This season you get your wish, there are a couple of episodes where I have a lot to do. Then again, there are others in the cast as well. It's been interesting to see how my character has been developed. It's based on Steve's mom and she's a lot like that in real life. Hopefully, you and the fans of Ok Cha should be pleasantly surprised this season.

I think that the expectation that comes along with going back to a traditional situation comedy is that there are more jokes than story or character. I'm hopeful that we'll see more of these characters, they are very interesting and there is a lot of opportunity there for more fun and more development.

In season two you will. I feel that is what they are writing to, it definitely gets deeper. The first season was just getting us started. Obviously, because we are on cable, we only have 10 episodes to set up a lot of character -- so it moves very quickly, versus the typical 22 episodes if a show even lasts that long on the big four networks. They have a much longer time to establish themselves.

What is that one sitcom that did it for? Did that show whatever it was inspire your comedic timing?

I grew up watching reruns of I Love Lucy. I love doing that stuff. There was an episode of Sullivan and Son where I set Steve up on a Korean online dating website. It was very Lucy-esque in its machinations. It's one of my favorites.

Be sure to catch Jodi Long as the hilarious Ok Cha on Sullivan and Son on TBS.