I wrote this short piece as a rant/sob-fest, after a few comments that are all too familiar to me were made this morning during a routine medical exam for my daughter Louise. Over time, you get used to it -- you tell yourself that these are simple mistakes, that you need to harden yourself -- but, sometimes, enough is enough. I have asked myself what I could do to make myself feel better and maybe to stop the same thing from happening to others or to stop it from happening to me as often. I wrote this post and made it open to all of Facebook.

I would like to believe that this will put an end to the topic of my daughter's difference, and that I will no longer have to explain it. I know too well that this isn't the case. But if it could change just a few opinions...

This is my daughter. Louise. She is 4 months old, and has two arms, two legs, two great chubby cheeks, and one extra chromosome. 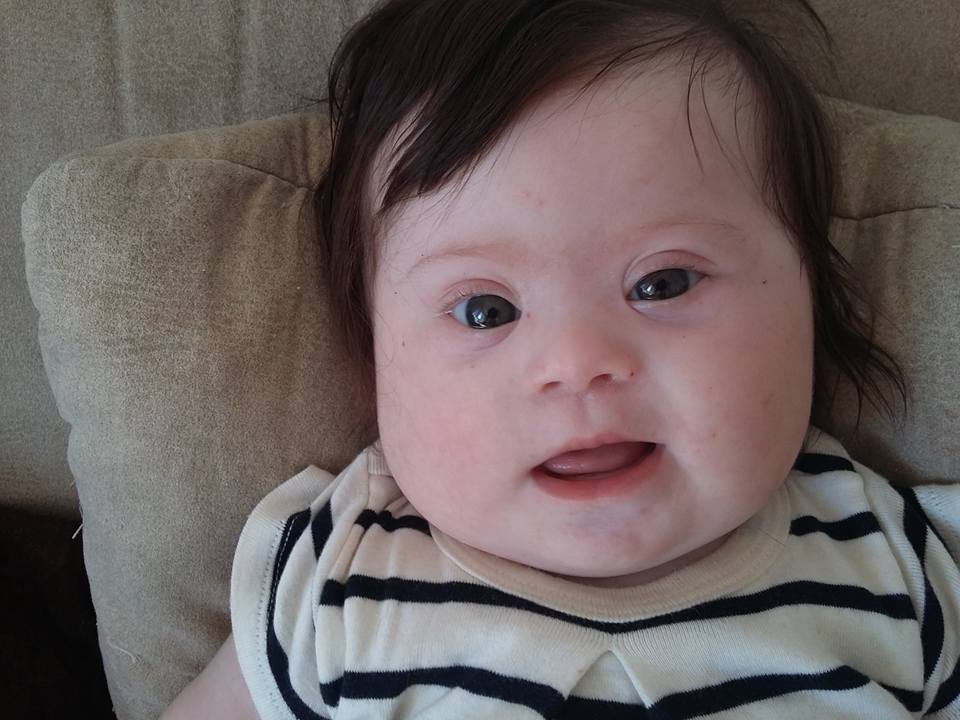 Please, when you meet someone like Louise, do not ask her mother, "Was it not detected during pregnancy?" Either it was, and we can assume she made the decision to keep the baby, or it wasn't and the surprise was great enough that there's no need to revisit it. And what's more, every mother has an annoying tendency to feel guilty about everything and anything, so an extra chromosome that went undetected... I don't need to tell you.

Don't tell her mother, "It's your baby, despite everything." No. It's my baby, period. And "Despiteeverything," that's an ugly first name. I prefer Louise by far.

I know that when we don't see it, we don't think about it, but words matter. They can comfort or hurt. So, think about it first for just a second, especially if you are a member of the medical community and wear a white, pink or green shirt.

I do not usually make my status open to everyone, but for this post, that will be the case. You can keep it going and share it if you wish. Because there are 500 new "Louise's moms" every year whose days are ruined by unkind words. I know that they aren't meant to hurt. Knowing that is enough.