Amanda Hocking is really something of a wunderkind. At only 26 years old, the Minnesota native has written a total of 17 novels. Since self-publishing eight of those books in April 2010, she's sold over 185,000 copies, making her indie publishing's latest star. Most of us are familiar with J.A. Konrath, who, after self-publishing several of his unpublished novels in ebook form and realizing how much more money he could make on his own than with a traditional publisher, became indie publishing's most vocal champion. But many are quick to point out that Konrath had already been traditionally published when he decided to self-publish, so he already had an established fan base. Hocking, on the other hand, was an unknown, until April 2010.

Here is my interview with Ms. Hocking. 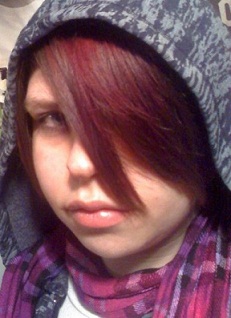 TP: You write a couple of bestselling series - young adult paranormal romance and urban fantasy. Can you give us an overview of those series, what they're about and their themes?

AH: I have three series out now - My Blood Approves is the first one I released, and it's about vampires in Minneapolis. There are four books in that series, plus a novella. My other series, the Trylle Trilogy, has the first two books out now, with the third book coming out soon, and that's my best selling series. Hollowland is the only book I have out now in a series about zombies. This one has a really tough heroine, but it's still romance-y.

TP: You began self-publishing these series in April 2010, correct? How many copies have you sold at this point?

TP: And are the sales a combination of ebooks and print books?

AH: Yes, they are, but the majority is ebooks through Amazon and Barnes & Noble. I've sold about 2,000 paperbacks since October, and prior to October, I sold maybe 20-50 paperbacks.

TP: Where all are your books available?

AH: All eight of my books are available on Amazon and Barnes & Noble. Several of them are available at the iBookstore and Sony ereader stores, but I have to upload them through Smashwords there, so it takes longer to get them uploaded there. All my paperbacks are available through Amazon only.

TP: How long did it take for sales to really take off?

AH: I published to Kindle in April, and I haven't sold less than 1,000 books a month since May. So my sales took off somewhat quickly. They didn't really start to explode until November. I published the second book in my Trylle Trilogy mid-November, and my sales really began to take off after that.

TP: When did you begin writing, and what inspired you to become a writer?

AH: I was always writing. When I was a little kid, before I learned how to write, I would tell stories. But as soon I as capable, I started writing. I filled notebooks and notebooks until I got my first computer when I was 11. It never really occurred to me that I would do anything else.

TP: Who are your favorite writers, or filmmakers or artists, or anyone else who inspires your writing?

AH: I think I draw most inspiration from writers like Richelle Mead and filmmakers like John Hughes. They both really understand the experience of being a teenager and how insistent and intense everything feels, but they're also smart, savvy, and fun.

TP: Have you been published before or done any previous writing, or is this your first experience being published?

AH: This is my first experience being published. I did publish books through Lulu prior to going to Kindle in April, but I sold zero copies. I did it so I could get copies of my books for my mother to read, but I didn't think self-publishing was a viable option. The first I ever sold a copy of anything I'd written was in April 2010.

TP: Do you have any "training" as a writer? Did you take any workshops or college classes?

AH: I've taken every writing class I've had available. I took classes in high school, and I took English and writing classes in community college, but I dropped out of college. I also attended a local writing workshop two years ago.

TP: What made you decide to self-publish? Did you try to go the traditional route at all or did you know from the get-go you wanted to be an indie?

AH: I tried to be traditionally published for about eight years. For years, I've listened to a lot of indie music and watched a lot of indie films. In high school, I was obsessed with IFC. But when it came to writing, I never thought it would possible to go that way.

Everything I'd heard about self-publishing is that it was impossible to make a living, reach readers, or produce a quality product. But last year, I heard about how some other authors like Joe Konrath and Karen McQuestion are doing well with ebooks. So I thought that I had nothing to lose. I'd written about 12 books when I decided to self-publish, and I thought it would be better than them sitting on my computer. Worst case scenario, nobody would read them, and that's what was happening anyway.

TP: You're so young and you have such an extensive body of work already! What is your daily writing routine?

AH: I don't really have one, haha. I haven't exactly figured out how to get into a writing routine yet. I've always kind of wrote when I wanted to. Once I get the idea in my head and get it outlined out, I usually just sit and write until it's done.

So much has happened so quickly, it's really hard for me to have established a routine yet. Most of my day is spent on the computer, though.

AH: I worked full-time in group homes for people with disabilities for the past five and a half years, so the majority of my writing was done then. In high school and right out of high school, I worked as a dishwasher, and then I went to work at the group home. I always wrote in my spare time, but I had to pay the bills, so I had to keep my day job. Until August 2010. That's the first time I made enough money off my writing that I didn't need to work anymore, so I've been writing full-time since then.

TP: What has been your strategy for marketing and publicizing your books?

AH: I didn't really have a strategy. I think one of the advantages I have is that stuff considered marketing is stuff that I do a lot anyway. I've been active on social networks and blogs for years.
I also send ARCs [advance review copies] out to book bloggers. Book bloggers are a really amazing community, and they've been tremendously supportive. They've definitely been a major force that got my books on the map.

When I first published, I did do a bit of promoting on the Amazon forums, but they're not really open to that, so I haven't really interacted there much at all in months. I hang out Goodreads, Kindleboards, Facebook, Twitter, and I blog. And that's about it.

TP: How do you handle the editing? Do you hire your own editor or do you use beta readers?

AH: I'll be honest - when I first started publishing in April, I thought my editing was fine. The first book I published - My Blood Approves - had been read by me about fifty times and also read and edited by about twenty other people. So I thought that all the grammar errors would be taken care of. But I was wrong.

Since then, I've tried to utilize beta readers and hire people. But so far, people are still finding errors. It's not from lack of effort on my part, though.

I am now looking for a professional editor - as in the kind I would get if my book were to go through a publishing house. What I find most frustrating about editing and being indie is that everything else I can do myself. Writing, covers, marketing, etc. But I cannot edit properly myself. It's just not possible.

TP: You're now published by a traditional publisher in at least one European country, right? Have any of your books been released there yet?

AH: I haven't been published yet. I've had some offers and some deals made, but the books haven't officially been printed or put on the shelves yet. I am really interested to see how it all goes when it's done.

TP: You're now represented by a literary agent, correct?

AH: Yes, I am represented by Steve Axelrod. He became my agent in August, after I'd been approached by foreign publishers.

TP: What are your publishing goals at this point? Do you want to continue self-publishing here in the U.S. while your agent works on selling the foreign rights to your books?

AH: I don't know what my goals are right now. Everything has already far surpassed my original goals, and it's hard for me to figure out what can happen next. I do plan to continue self-publishing, but I'm not turning my back to traditional publishing.

As amazing as this ebook revolution has been, it's still only 20-30% of the market, and I'm not going to ignore the possibilities to reach the other 70-80% of readers. However, it is hard to compete with what my books are already able to do with Kindle and PubIt.

TP: What are you working on now; do you have any soon-to-be-released books?

AH: The third and final book in the Trylle Trilogy will be out very soon (before January 15th). But that's the only thing I know for sure right now. It's really hard for me to set release dates, because I can publish whenever books are ready. So it just depends on how long they take to get ready. But I have many more projects I'm working on.

TP: What has been your most memorable experience in publishing so far? An early review or fan letter, getting contacted by the European publishing house?

AH: I've gotten several emails from wives and mothers whose husbands are gone because they're soldiers and marines. Those ones I think really strike me the most. These people are sacrificing so much, and they're using something I wrote to escape for a minute. And that really puts the pressure on me to put out something that's worthy.

TP: What advice do you have for aspiring authors?

AH: Write a lot, but read even more. Learn to be open to criticism. And research as much as you can before making a decision about where you want to see your writing career. The internet is filled with information that will help you become a better writer and make better decisions about publishing.

For more information on Ms. Hocking's books, visit her website, or her author pages on Amazon and Smashwords. Her books are also available at Barnes & Noble.